Do you prefer cats who disappear in the dark? Is your favorite movie character Thackery Binx? Do you wear your kitty’s shedded black fur with pride? If you answered yes, you’re a bona fide black cat superfan—and this page is the perfect place for you. We’re dedicating this space to celebrating everything about black cats—and while the timing is ideal (National Black Cat Day is just around the corner), this party for dark-furred felines is on all year long.
Black Cat Breeds
Black Cat Trivia
Black Cats in Pop Culture
Are Black Cats Really Bad Luck? (Hint: No)
How to Help Black Cats

You might think black cats are a breed all their own—but in fact, several types of cats can have black coloring. Check out these fascinating facts about black cat breeds.
Bombay
These exotic cats
were named after
the capital of India
(now called Mumbai),
thanks to their
resemblance to
that country’s
black leopards.
Learn More
British Shorthair
Black-coated
British Shorthairs
are especially
striking thanks to their
large, round eyes,
which are usually
a bright
copper color.
Learn More
Maine Coon Cat
This fluffy breed
is especially adapted
to the cold
New England
winters, with wide,
snowshoe-like
paws for walking
on snow.
Learn More
Scottish Fold
This medium-sized
breed is best
known for their
folded-down ears,
which make them
look like small
owls or tiny bears.
Learn More
Sphynx
Can a hairless
cat be black?
In the case of the Sphynx, yes! Black Sphynx cats have the same soft, wrinkly skin as their pink counterparts.
Learn More

Want to learn more about the different breeds of black cats?

You consider yourself a black cat superfan—but do you know the answers to these trivia questions about black cats? Tap or mouse over the boxes below to find out just how much you know about your favorite felines.
What color eyes can black cats have?
Black cats' eyes can be a variety of colors, including green, yellow, hazel, copper, orange or gold. Blue eyes are less common. But no matter what color your cat's eyes are, they're all gorgeous!
Learn More
Can a black cat's coat change color?
Yes! If your black cat spends a lot of time in the sun, their black fur may turn a rusty, reddish-brown color. The sun can fade the black pigment in their coat, giving them natural kitty hair highlights.
Learn More
When is National Black Cat Day?
October 27 is National Black Cat Day, aka the official holiday to celebrate black cats nationwide. (We don’t think it’s a coincidence that this celebration takes place leading up to Halloween.)
Learn More

Who’s your favorite black cat? (Besides your own, of course.) You’ve got plenty to choose from. Black cats have become stars of stage, screen and beyond, with memorable roles in some of pop culture’s biggest moments. Need proof? Just check out these famous black cats:

In the TV sitcom “Sabrina the Teenage Witch,” Salem the cat’s sassy one-liners provided some of the biggest laughs. In fact, Salem was witch in a cat’s body, transformed into a feline as punishment for trying to take over the world

When a trio of kids accidentally revive the three evil Sanderson Sisters in the 1993 Disney movie “Hocus Pocus,” magical cat Thackery Binx steps in to save the day with his bravery and loyalty. Hijinx and, yes, hocus pocus ensue. (No word yet on whether there'll be a cat in the sequel.)

When Dan and Jackie Vecchitto rescued their cat Emilio, they had no idea he was destined for Internet stardom. But when Dan posted a picture of Emilio wearing a cute cat tie to Facebook, someone snagged the pic and created the popular Business Cat meme. No LOLs for this cat—you’d better have those reports on his desk right meow.

These cute products let you show off your love for your black kitty. 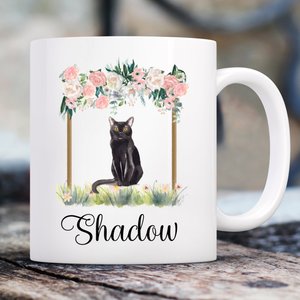 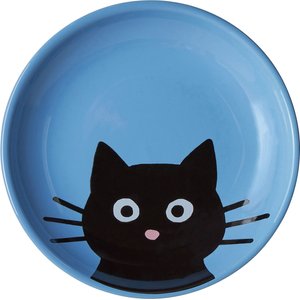 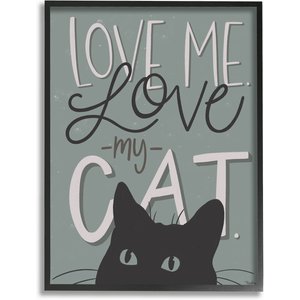 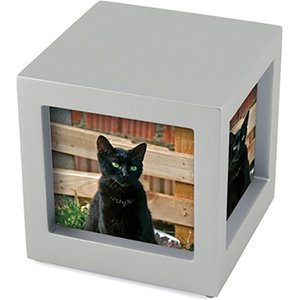 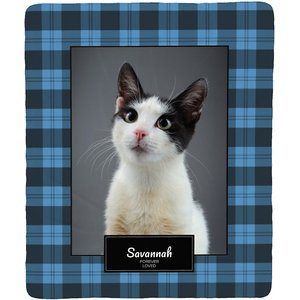 Are black cats bad luck? That myth is so six centuries ago—literally.

A statue of the Egyptian cat goddess Bastet.
Rama/Wikimedia Commons

Black cats’ bad rap dates back to the Middle Ages, when superstitious Europeans began associating them with witches, witchcraft and demons. Back in those times, a black cat crossing your path was thought to be an omen of death or misfortune.

But not all the old superstitions around black cats spelled doom and gloom. Ancient Egyptians worshipped cats, and the Egyptian cat goddess, Bastet, was often depicted as a black cat or as a woman with the head of a black cat. In Japan, cats (black ones included) have been held in high regard since the early 1600s. Today, a black Maneki Neko (welcoming cat) figurine is said to help ward off evil spirits. And English and Irish sailors from the 17th to 20th centuries thought that black cats on board their ship could bring good luck and fair weather to their voyage. To this day, a black cat showing up on your front porch in Scotland is considered a good omen.

Still, many people still associate black cats with bad luck—which might prevent them from adopting a black cat of their own.

How to Help Homeless Black Cats

Devoted fans of black cats (like you!) know better than to believe the spooky hype about black cats. That means it’s up to us to help these misunderstood kitties live their best lives, especially those who haven’t found forever homes yet. Here’s what you can do:

You can make a difference in your own community by donating to a local shelter or rescue—or, find an organization that specifically helps black cats! Either way, use their Chewy Wish List to send them exactly what they need.

Not ready for a long-term commitment? Fostering a black cat or black kitten will give them the love and care they need until they find their future family. Find out more about fostering.

Animal shelters and rescues need volunteers to help with everything from pet photography to cleaning to cuddling. (No, really—cuddling!) Learn more about how to help your local shelter or rescue.

Are you ready to add a black cat to your family? It’s not a decision to take lightly, but if you’re in a good place to give a cat or kitten their forever home, consider adopting. Chewy’s Adoptable Pets service lets you search for adoptable cats in your area, and you can even filter by color (aka black).

When Hannah Green founded Binx’s Home for Black Cats in November of 2020, her mission was to help black cats find their forever homes. The rescue, located in Asheville, North Carolina, works with local shelters to place black cats in foster homes to ensure they are well cared for until they can find the right adopter.

In less than a year, the organization has helped find homes for 60 cats.

“I have had black cats since I was a kid,” Green says. “Seeing the stigma attached to them, I realized there was a real need for an organization that would put black cats at the forefront.”

Green, who is also working toward becoming a veterinarian, uses the hashtag #blackcatsaregoodluck on social media to help fight black cat stereotyping. She also makes sure that the black felines at her rescue get great glamour shots to showcase them to potential adopters.

The nonprofit is named in honor of Green’s first rescue cat, Binx (who got his name from Thackery Binx of “Hocus Pocus” fame). Helping cats is Green’s primary mission, but she’s also working to educate people about how loyal, loving and all-around awesome black cats really are. Her advice to her fellow black cat fans? Share the love. “I decided to see if I could make a difference,” she says—and for dozens of cats, that’s exactly what she’s done.

You can support Binx’s Home by shopping their Wish List here.

Black cats bring more than a little magic into our lives every day of the year. So go ahead—shout your praise for these unique kitties to the rooftops! Whether it’s National Black Cat Day or any other time of year, there’s never a bad moment to show black cats some love.

Do you have a great story about your own black cat? Tell us all about them in the comments below!