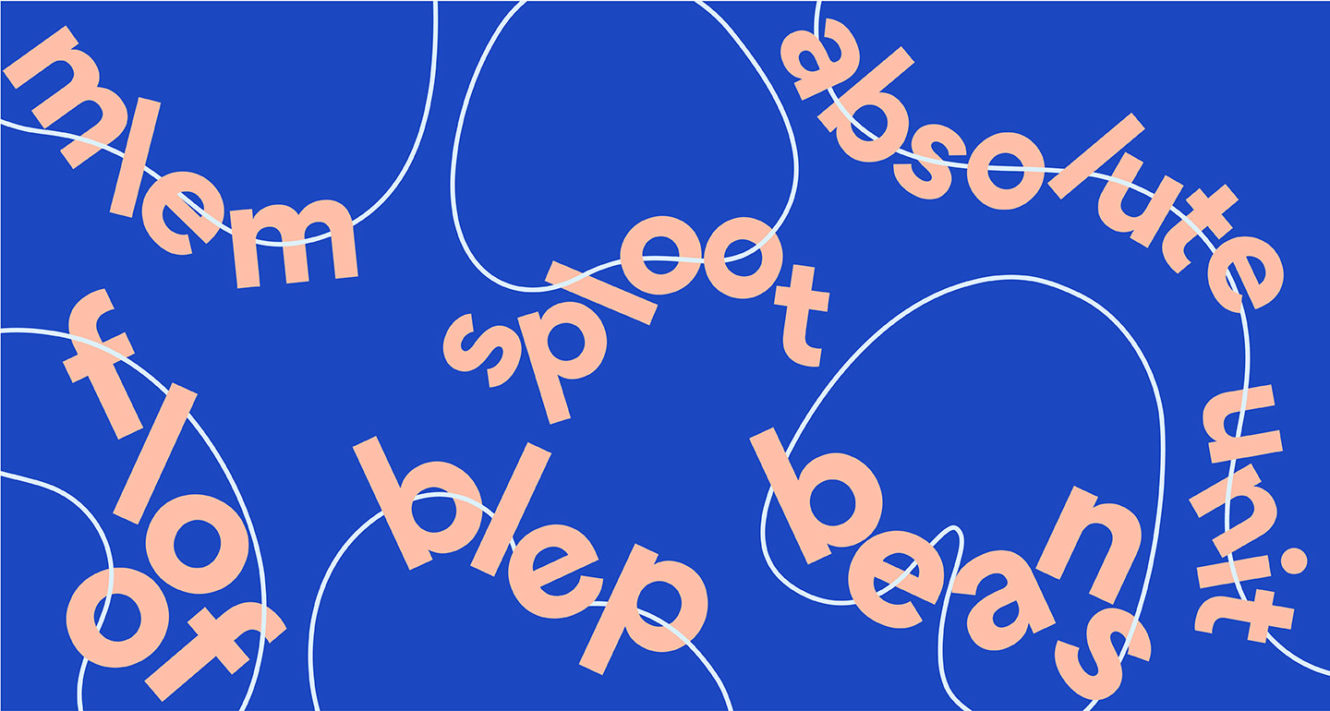 Have you ever given a floofy catto a boop? Does your pupper mlem, or are they more likely to blep? Is there any sight more adorable than an absolute unit doing a sploot?

Wait—do you have any idea what we’re talking about?

If it sounds like we’re speaking a different language, well, that’s kind of true. Words like “mlem” and “floofy” are the latest in a decades-long line of words to describe dogs, cats and other pets that was invented by animal lovers on the internet. But even if you’re not perpetually online, there’s good reason for you to brush up on this dog slang and cat lingo. First, says Amanda Brennan, head of brand advocacy and official “meme librarian” of the blogging and social networking site Tumblr, they’ve already crossed over into the IRL universe.

“In the early 2000s, the internet was a lot more gated than it is today,” she says. “You had to know where to go” to find pet people who’d swap slang with you. But now, more people are spending time online than ever before, and the words people use on Instagram are migrating into the real world. “That shift opened up the door to really expanding how this language of internet animals can touch way more people,” she says.

But it’s not just about funny memes. Brennan believes humans invent dog and cat slang to feel closer to their pets.

“I think we all, at some point, want to get in our pets’ heads,” she says. “As a cat owner, I’m always making up what is going on in my own cats’ minds. Even when I look at a cat online, I’m like, Man, what is that cat thinking?”

But the best reason to brush up on the latest pet slang? It’s super fun! Go ahead, just try saying “sploot” without cracking a smile—then read on to learn the latest and greatest language we’re using to describe our favorite furry friends. 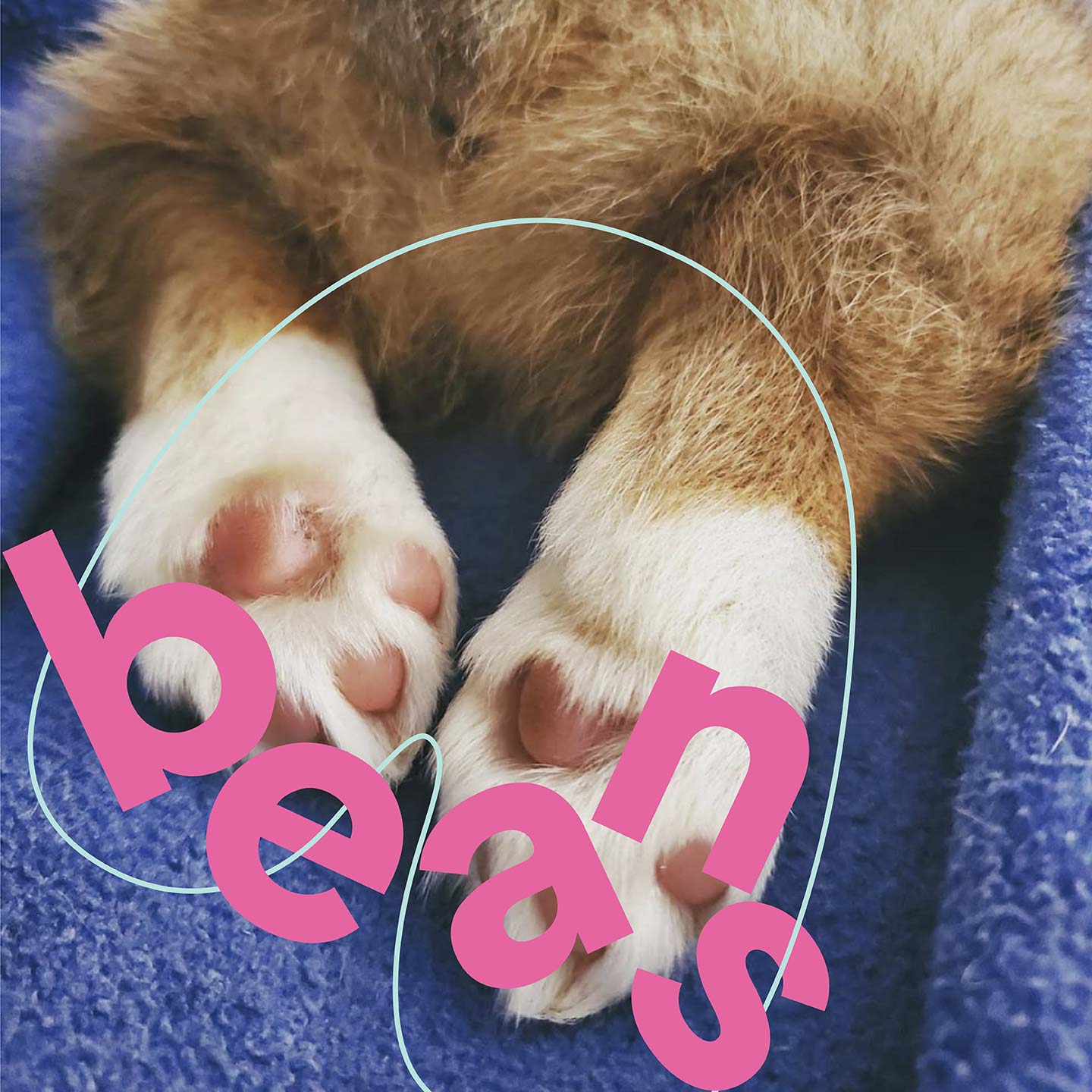 Flip over your pet’s paw and look closely at the paw pads underneath. Those sweet, plushy paw pads are also called beans, and they’re basically the internet’s favorite part of a cat or dog. In fact, the #toebeans hashtag has over 350,000 posts on Instagram alone.

“Beans are the best!” Brennan says. “In our home, we have three cats. One has pink beans, one has black beans, and one has a mix. You just have to take a lot of photos of their paws. You have to roll that beautiful bean footage!” 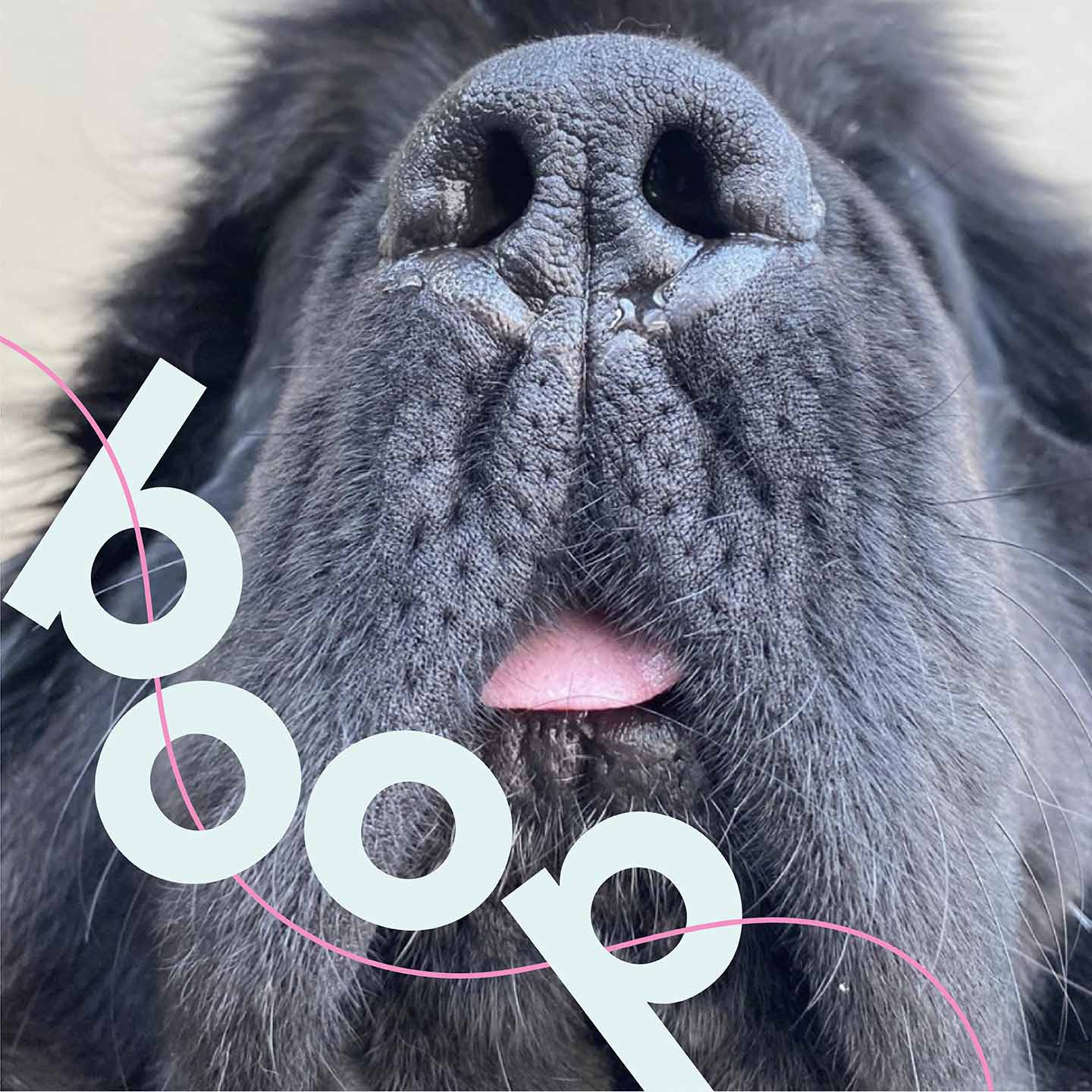 Even if you don’t know what a boop is, you’ve almost certainly given one to your favorite cat or dog. “A boop is just a little tap on the nose,” Brennan explains.

This playful, loving gesture comes naturally to many pet parents, and that’s helped boost the word boop beyond the borders of the internet. “This has been one of the terms that’s more translatable into popular culture,” Brennan says. “Think of Alexis from 'Schitt’s Creek'—one of that character’s signature moves is the boop.” 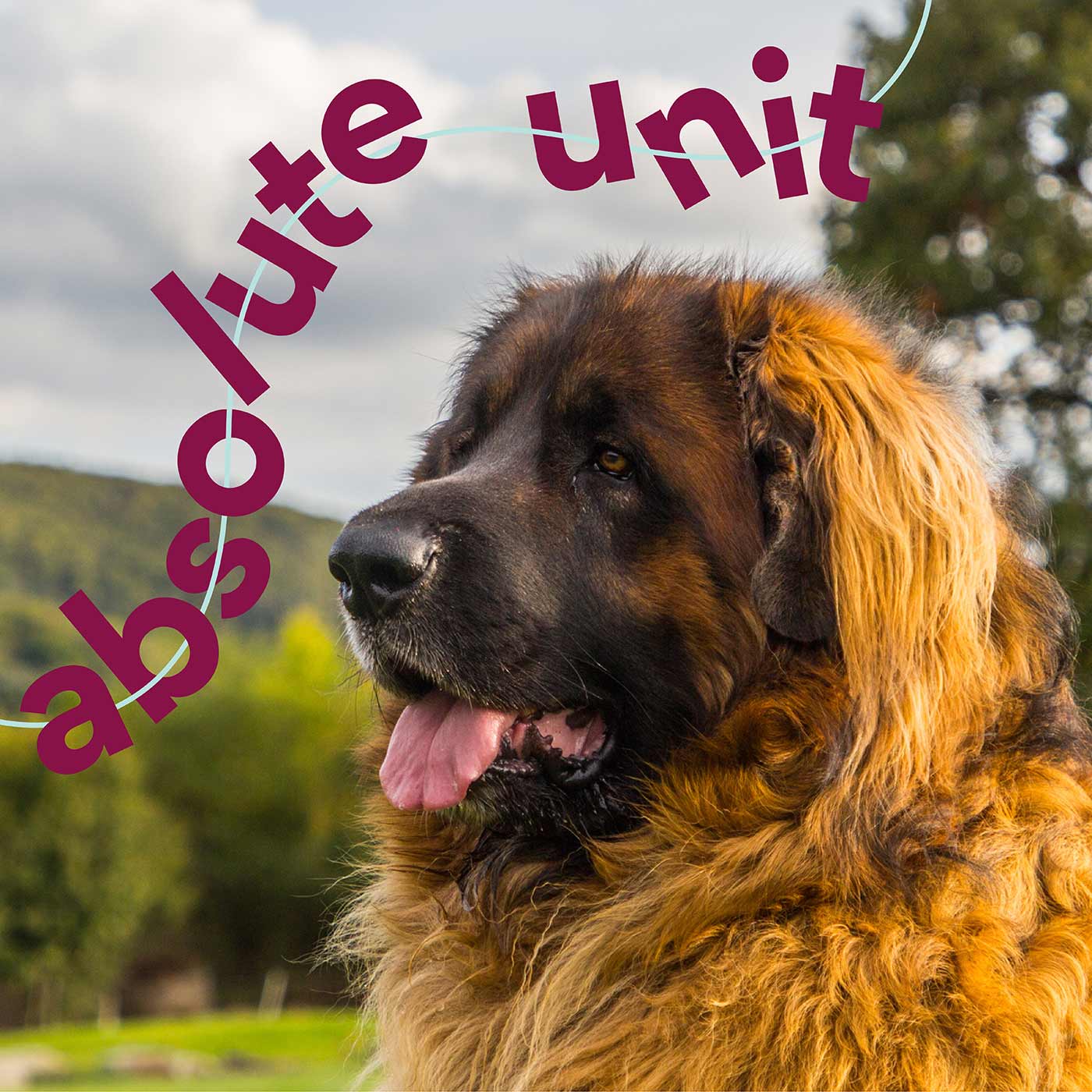 Think of the biggest, fluffiest, most large-and-in-charge pet you’ve ever seen. That, Brennan says, is an absolute unit. The term was invented to describe exceptionally giant, majestic or otherwise exceptional animals—but its usage doesn’t end there.

“I see it a lot with frogs. I’ve seen it for dogs, cats, horses, sheep. But you can also have an absolute unit of, say, a really giant pizza,” she says.

But don’t let the seriousness of the phrase fool you. Absolute units aren’t mean or aggressive—just epically large. 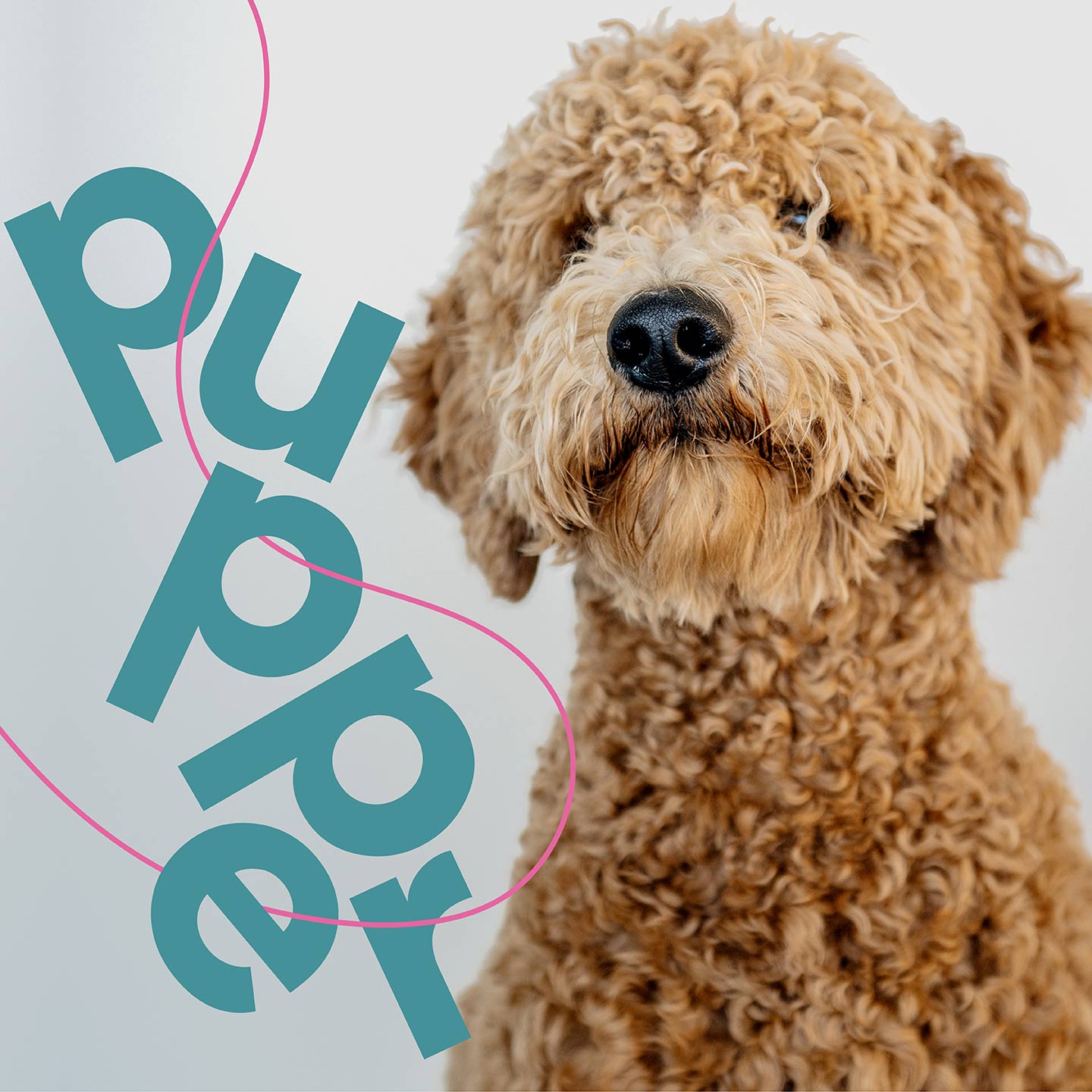 Doggo (or Catto, or Pupper)

In the pet circles of the internet, it’s rare for a dog to be called simply a “dog.” The same goes for cats. On the surface, terms like doggo, catto and pupper are just simple nicknames that are more fun to use than ordinary species’ names. But Brennan says it goes deeper than that.

“I think cuteness plays a factor. Like, OK, here’s a regular puppy—but OH YEAH THERE’S A PUPPER,” she says. “I think of a pupper as, like, an absolute unit of a puppy.” 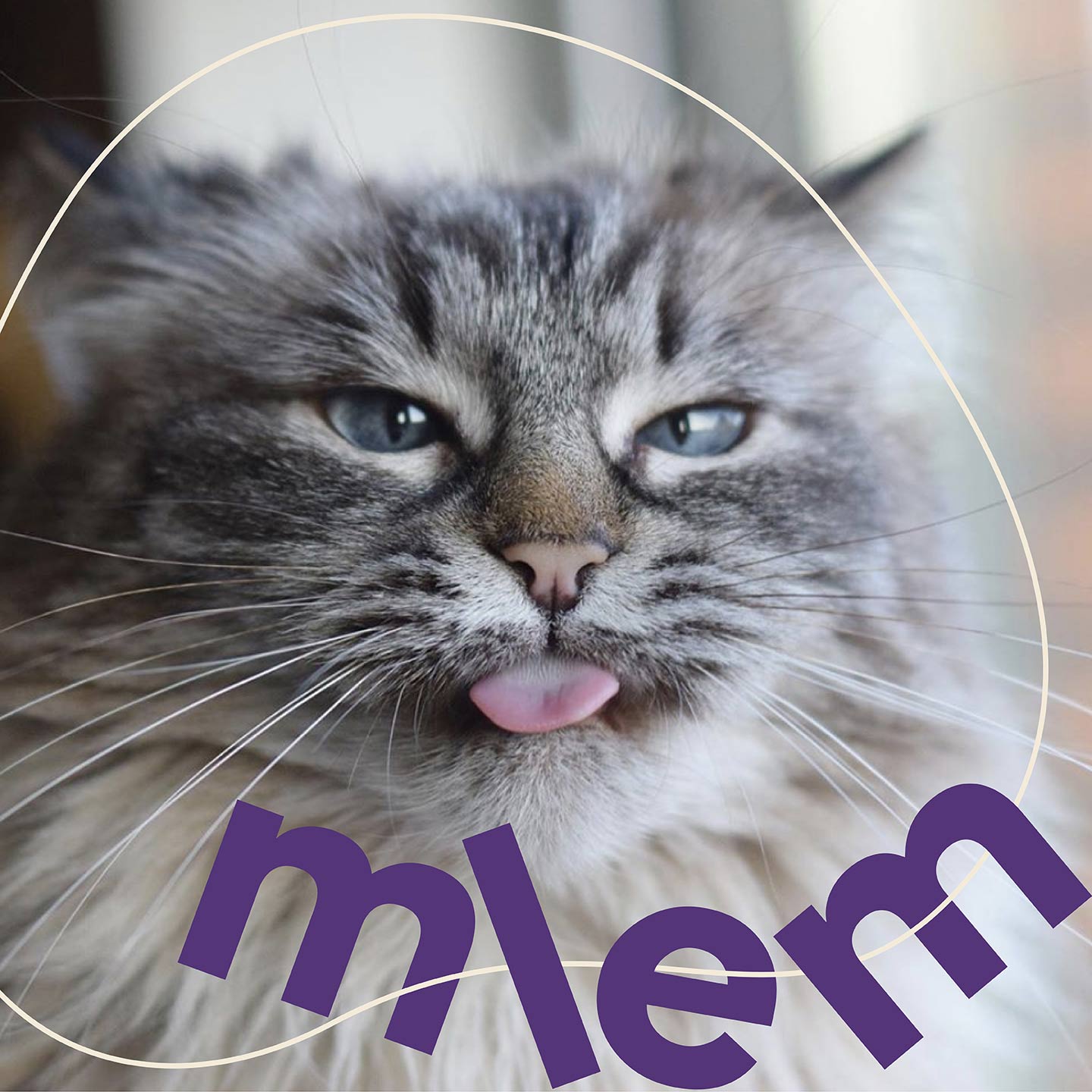 Mlem can mean slightly different things, depending on what corner of the internet you hang out in, Brennan says. But they all have to do with a pet sticking out their tongue.

“To me, a mlem is when the tongue sticks out just a little bit,” Brennan explains. “If I catch my cat by surprise when he’s grooming himself, he’ll look up at me and forget to put his tongue back in his mouth, and that is a mlem.”

To others, though, mlem is a word to describe a dog’s or cat’s tongue sticking way out, like when they’re drinking water or licking their nose. “It depends what camp you’re from,” Brennan says. 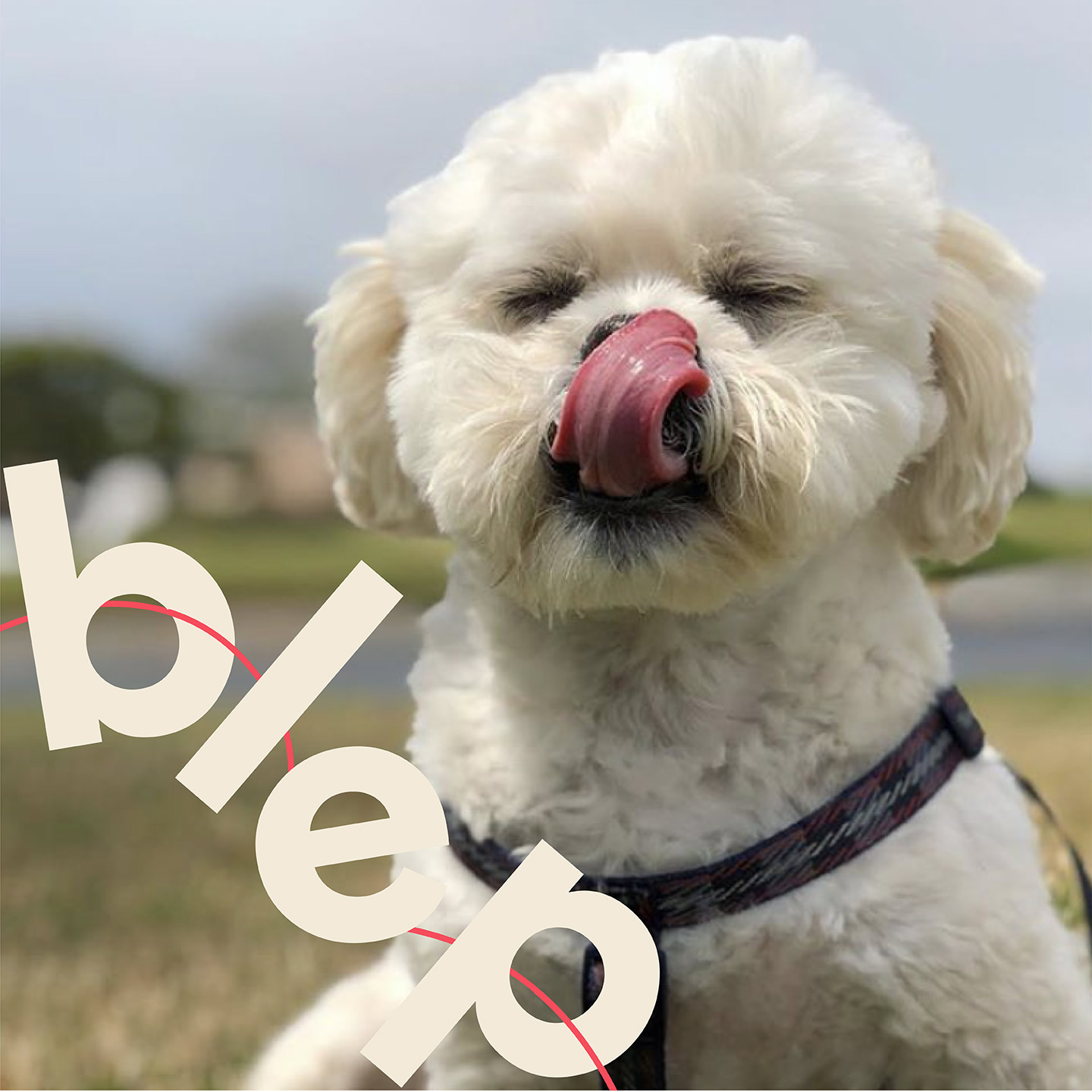 How many words do you need to describe your pet’s tongue? At least one more, according to Brennan.

“A blep is similar to a mlem,” she explains. “To me, a blep is a full tongue out—it’s like Tongue Out Tuesday.” (#TongueOutTuesday is another great hashtag to follow for plenty of mlems and bleps.) But Brennan acknowledges that in other internet circles, the definitions are switched—blep can also mean just a tiny bit of tongue sticking out, while mlem means a full-on pet raspberry.

“Language evolves based on who you’re talking to and who you’re following,” she says. “I don’t think there’s any one right term. You can use blep and mlem interchangeably, in my opinion.” 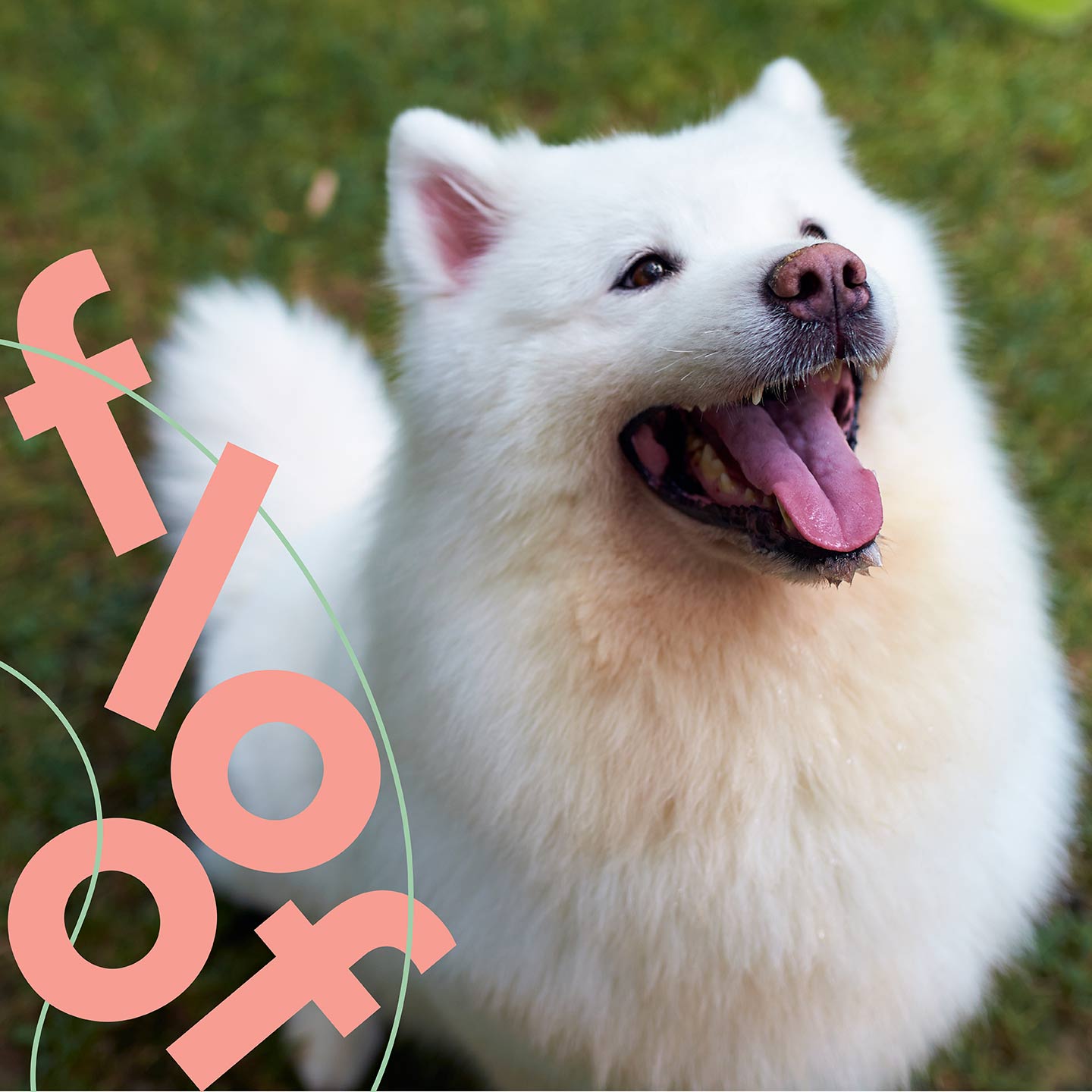 [flüf]. Noun. Definition: A pet with fluffy, cloudlike fur; the fur of an exceptionally fluffy pet

Floof can be used to describe both a very furry animal as well as their fur itself, Brennan says. If you see an especially fluffy Shiba Inu, for example, you could call them “a floof.” “But when I hear floof, I think of the little puffs of fur in their toes,” Brennan says.

You might also come across the adjective version of this word, “floofy,” meaning, of course, a pet so fluffy that you absolutely need to pet them immediately. 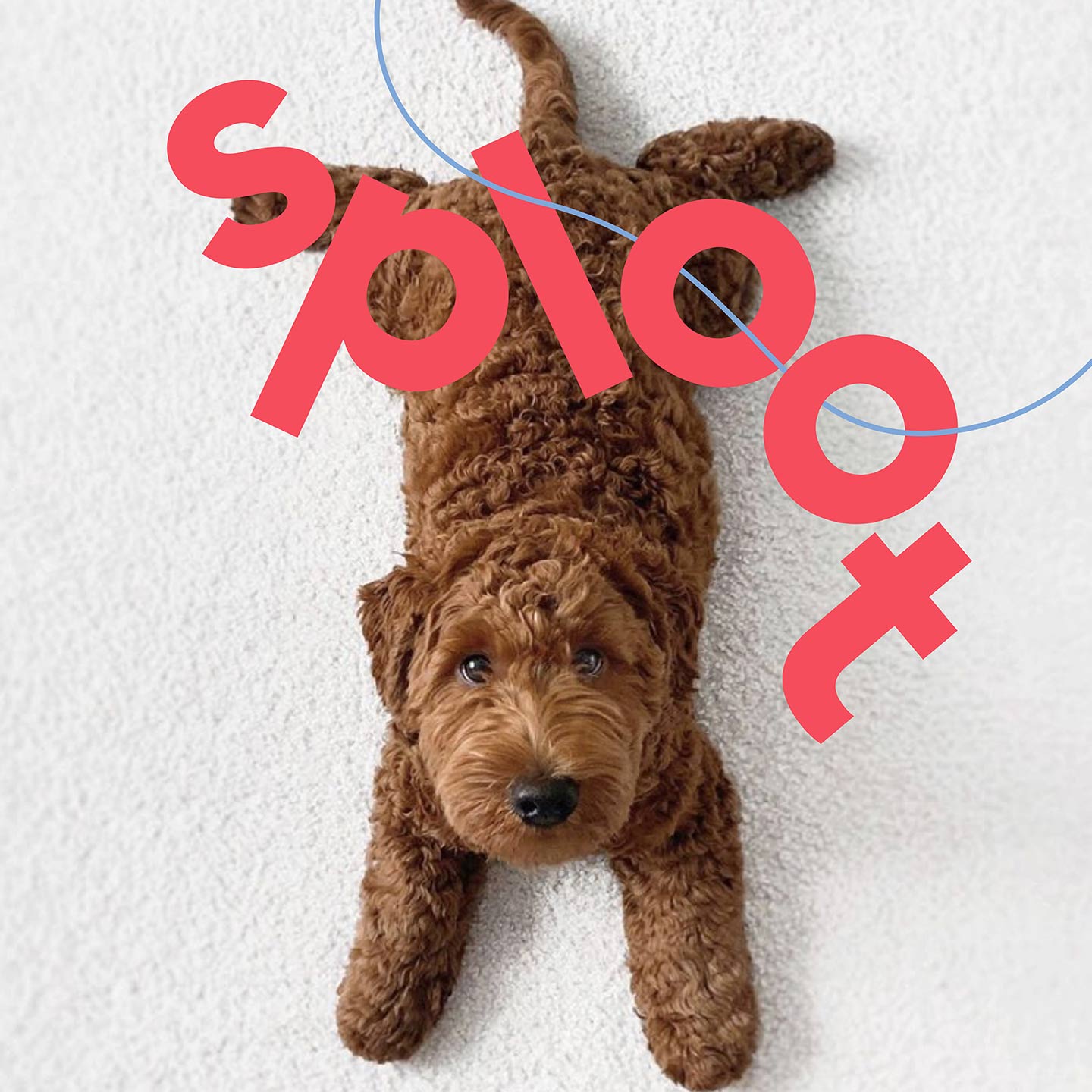 [splüt]. Noun. Definition: The awkward yet adorable position of a dog lying down with their legs stretched out behind them

Most dogs lie on the ground with their hind legs tucked in at their sides. But if your dog prefers to lie on their belly with their legs splayed out in back, there’s a dog slang term for that: a sploot.

“I associate sploot specifically with Corgis,” Brennan says. “Something about a Corgi’s legs just … sploot out!”

It may look awkward, but for some pets, a sploot can serve as a comfortable resting position or gentle stretch. Find out more about sploots.

Like all language, internet pet slang is constantly changing, and new words to describe dogs and cats are invented every day. So, don’t be afraid to get creative when you’re talking about your own pet—the sillier the better! It’s only a matter of time before your new lingo goes mainstream. 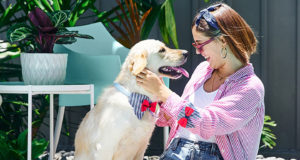 Patriotic Pets: Star-Spangled 4th of July Dog Outfits
We’ve rounded up the cutest Fourth of July dog clothes and other patriotic dog gear so your pup can be the best dressed pet at the barbecue this year.
Up Next 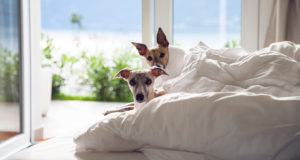 The Best Pet-Friendly Summer Linens to Keep You (and Your Fur Baby) Cool
Thanks to this lightweight and cooling summer bedding, you and your pet can spend nights comfortably snoozing—not sweating (or panting).