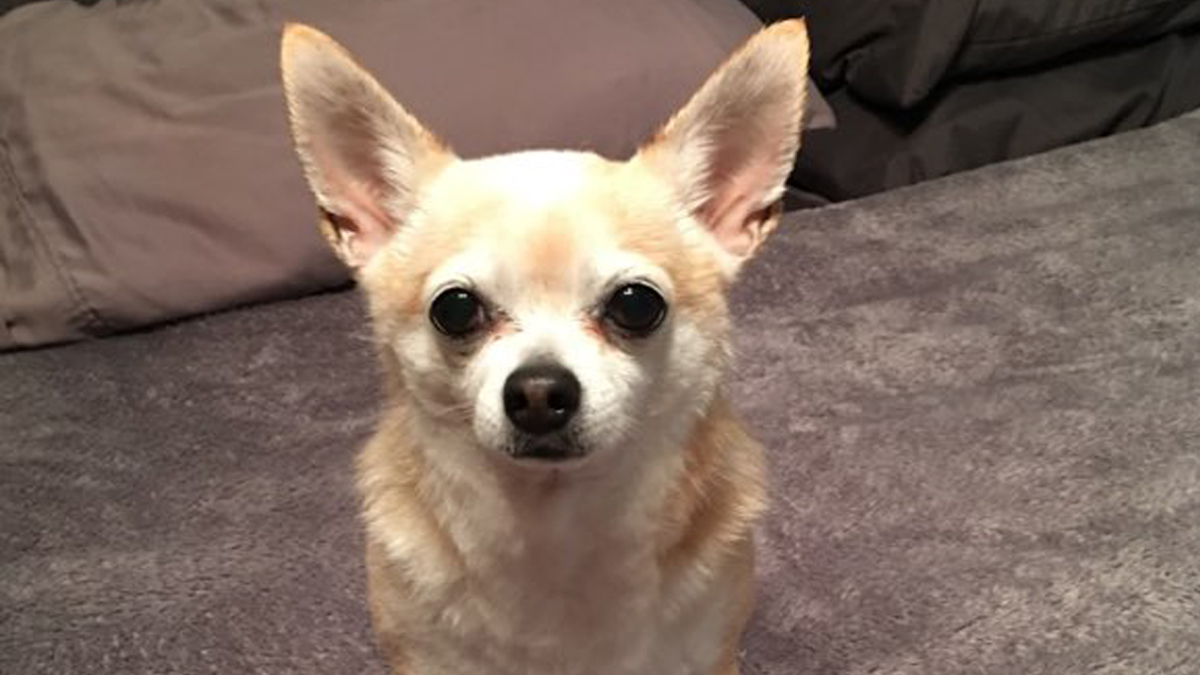 When Paulie began to get sick, his owner Maria Marini feared the worst. The pup was suffering from a severe case of irritable bowel syndrome and was losing weight rapidly.

“I almost asked, ‘Is this the end?” Marini remembers. “There was no quality of life for him.”

Through the recommendation of her veterinarian, Marini tried many options—including antibiotics and homecooked meals—but Paulie showed little improvement.

Marini was determined to find a solution for Paulie. While it took some trial and error, Paulie is now on a special prescription dog food that Marini credits with saving her dog’s life.

Marini met Paulie about six years ago when her daughter brought the shorthair Chihuahua over as a birthday present.

Although Marini wasn’t sure she was ready to take on another “offspring” now that her kids were grown, Paulie quickly grew on the Connecticut native.

“He was calm and [a] great watchdog, since I live alone,” says Marini, who resides in Fairfield, Connecticut. “He loved to play in our fenced-in yard and keep watch out the front window.”

“He started getting lethargic and had bloody diarrhea,” Marini says. “He was not himself.”

For months, it was unknown what was wrong. X-rays and ultrasounds didn’t result in much more than a growing concern for Marini and rising veterinary bills.

After the diet changed showed little improvement, Dr. Hansen tried prescribing Metronidazole, an antibiotic primarily used as an anti-diarrheal, which treats inflammation of the large intestine, and commonly is used for IBS in dogs. While the Metronidazole did lessen the symptoms of IBS, the symptoms returned back in full force when the prescription was completed.

“I tried everything under the sun,” Marini says.

“[The commercial] moved me to try that dog food,” she says. “I said [to Dr. Hansen], ‘Listen, what about this Blue Buffalo?’ I put Paulie on it and it was like day and night.”

Paulie perked back up in about two months—and she’s fed him nothing else the past six months.

Paulie’s stools became formed and normal. His appetite increased and returned to normal, as did his weight. And his energy and playfulness returned, Marini says. He’s even keeps up with his new “sister,” SophieLily, a mixed mutt half Paulie’s age who joined the family in the fall of 2017.

“He wakes me up to eat his food now and mostly likes the dry,” says Marini, 63, who feeds SophieLily the same Blue Buffalo diet. “He runs free with no restrictions. He’s a completely different dog.” 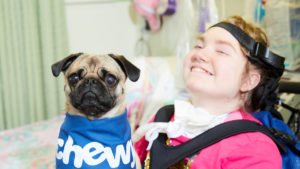 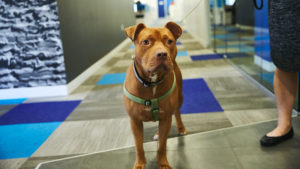 Chewy Office Dog Profiles
Every day is Take Your Dog to Work Day at Chewy. Meets some of our adorable office dogs.