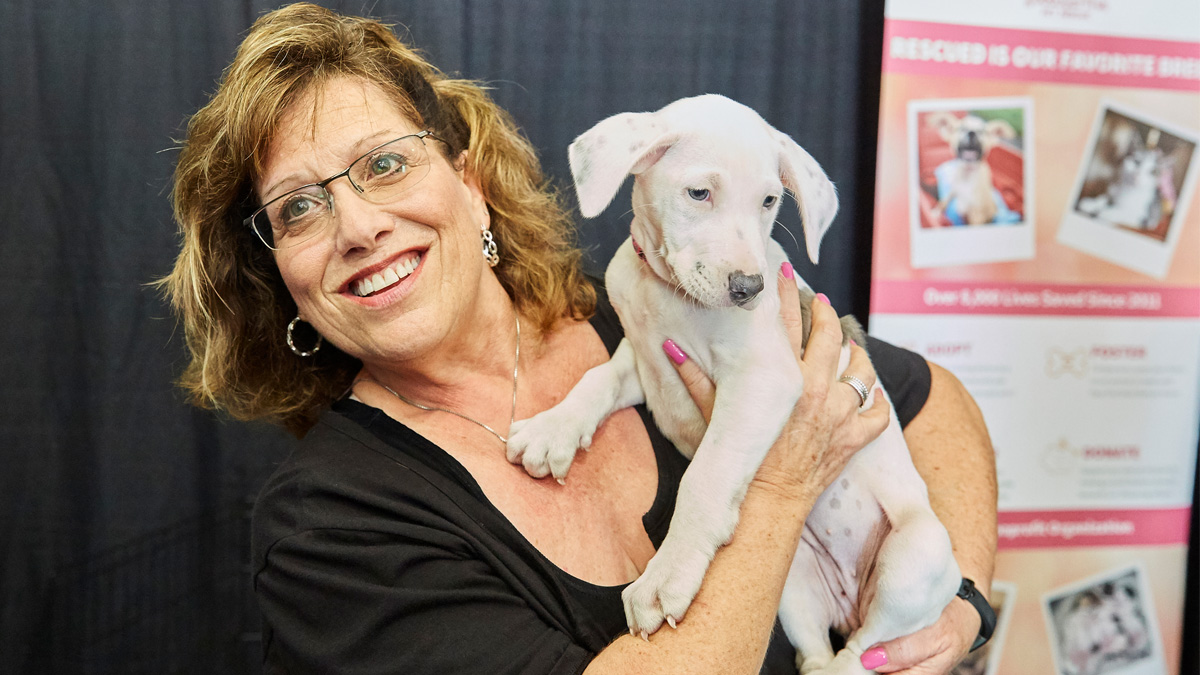 When Michelle Russell went to a pet adoption fair with her friends, she was cautiously optimistic about finding a dog. About a month prior, she had lost her first dog ever, Pumpkin.

“Pumpkin went everywhere with me,” Russell says. “Wherever I went, she went.”

The two were inseparable for the last 12 years, and Russell was still very much grieving Pumpkin’s loss. But, shortly after getting to the fair, the stars seemed to align when she met Winnie, a 3-month-old Maltese/Poodle mix. It was obvious that the two had an instant connection.

“She crawled right up into my lap,” Russell gushed at the fair while looking at Winnie. “She is super sweet.”

Michelle Russell snaps a photo with her soon-to-be-new fur child, Winnie, at the adoption fair. By Chewy Studios

Fast forward a week later and Winnie is living her best life in her new home—her forever home—with Russell.

Winnie is just one of 53 pets who found homes at the 8th Annual Animal Adoption Fair in Fort Lauderdale, Florida. The fair was organized by the Brookhaven Animal Sanctuary and was sponsored by Chewy, which gave away 4,000 pounds of food and toys to support the local rescues, shelters and pet parents that attended.

Brook Katz, founder of Brookhaven Animal Sanctuary, created the fair seven years ago to give rescues in South Florida, big and small, the same opportunity to help pets in need.

“I try to bring these groups together, even it’s just for a day, just to show people that it’s possible that you can have the biggest humane society and the smallest shelter right next to each other and give them the same exact opportunity,” Katz says.

The 2,000 attendees at the fair were able to check out over 30 rescues and shelters from South Florida.

“I created the fair to be a platform for these people,” Katz says. “I just wanted to give them the opportunity to help these pets.”

And that he did.

The thousands of attendees who come to the fair each year means thousands of potential adopters or volunteers for the rescues and shelters there. Since the very first fair, 2,000 animals in total have been adopted, Katz says.

There were tons of adoptable pets to aww over at the fair. By Chewy Studios

Deven Soto, community relations director at Good Karma Pet Rescue, has been coming to the event as rescue volunteer since it started.

“This adoption event always has a lot of traffic and the exposure is really good for any animal that needs a home,” Soto says.

Big decisions can take time, which is why most rescues didn’t expect many adoptions during the day of the actual fair.

“Sometimes people come, and they are just looking or they’re curious,” explains Soto. “Then later, they follow up with us because they can’t get a dog or cat out of their mind.”

Even if some attendees didn’t feel a spark with an animal at the fair or just weren’t ready to adopt, they may have connected with a particular rescue. So, when the time comes and they are ready to adopt, Soto says that they may remember a rescue they really liked and go there.

While the fair’s mission is to bring people and pets together, it also ends up bringing like-minded people together who care about the well-being of animals.

Natalie Alvarez (far right), social marketing coordinator at Chewy, gets to know an attendee at the fair. By Chewy Studios

Some of those people included volunteers from Chewy, who got to know many of the attendees as they passed out free pet food, treats, toys and other supplies.

“It was such a special experience to meet people that love animals just as much as me,” says Natalie Alvarez, social marketing coordinator at Chewy Headquarters in Dania Beach, Florida. “It didn’t feel like I volunteered that day; it felt like I went to a pet event and made some great friends there.”

While some people brought home new friendships and great memories, many people got to bring home a new addition to their family, like Russell and Winnie.

Winnie is going to be so spoiled, Russell told us. And it shows! Here is Winnie hanging out in her new, cozy bed during her first week home. Courtesy of Michelle Russell

“Think about what pets bring to your life,” Russell says. “They love unconditionally and force you to have a positive perspective about life. No matter what stress you go through during the day, you have a loving pet to come home to.”

And while you can never replace a dog, Winnie has brought a little piece of Pumpkin back for Russell.

“Obviously, I rescued her. But boy, she has all the same traits as Pumpkin that I loved and she’s really made me so happy again,” Russell says.

Lindsay Page, Pet Central Associate Editor
The moment Lindsay started her career here at Chewy, she hit the ground running in customer service; she knew that this is the company she wanted to grow with from then on. When Lindsay isn’t spending her time writing for Pet Central, she’s most likely binge-watching a Netflix series with her husband and their 80-pound fur baby, Dexter. 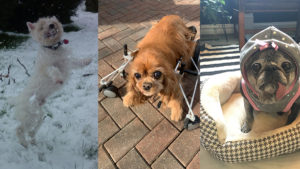 3 Senior Pets Who Got Their Groove Back
Meet Clementine, Charlie and Angus, three senior dogs who persevered through health issues in their old age and bounced back with wagging tails.
Up Next 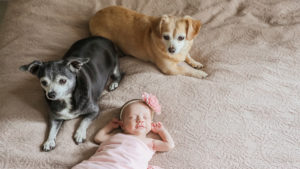