How 3D Printing Is Helping Pets

In early September 2015, a kitten was found stumbling through a forest in British Columbia, Canada. When he was brought to Tiny Kittens cat rescue group, the staff were amazed that the kitten—who they named Cassidy—had survived on his own as long as he did. Both of his back legs were missing, likely chewed off accidentally by his mother as she tried to remove his umbilical cord. Infection had set into the stumps and Tiny Kittens founder Shelley Roche was unsure that Cassidy would survive or ever walk again if he did.

Fortunately, Tiny Kittens was able to treat the infection and Cassidy pulled through, but there was still the question of how he’d get around. Roche put out a call on Facebook, seeking help in building a sling or a wheelchair for the recovering kitten. Two local high school students responded and set to work designing and building a custom kitty wheelchair using a 3D printer at their school.

As Tiny Kittens’ webcams show, Cassidy is getting along nicely on his new wheels and is just one of many animals that have gotten a second chance or had their lives made easier by 3D printing technology.

3D printers, which turn virtual designs into physical objects, have started to bring down the costs of wheelchairs, prostheses and other devices that aid mobility and function, while also making them more customizable.

What is 3D Printing?

The process is pretty simple. You create a 3D model of whatever it is you want to make using computer-aided design (or CAD) software, or use a 3D scanner to copy an existing object. The printer then follows this design and prints the object with thin layers of wax, plastic polymers and binders instead of ink. The machines and materials aren’t exactly cheap, but they’re relatively inexpensive compared to traditional manufacturing equipment. And as prices come down, the printers are finding their way into vets’ offices, college and high school labs and shared makerspaces.

Maybe the biggest benefit 3D printing offers animals and those who care for them is the flexibility to design devices that are sized and shaped appropriately for a critter’s unique needs.

This was a big help for Derrick Campana, an orthotist and director of Animal Orthocare in Chantilly, Virginia, and Derby, a husky that he helped a few years ago. Derby was born with deformities in his front legs that limited his mobility and, even with a wheelchair, he couldn’t run on his own. His foster mom works for 3D Systems, a company that makes 3D printers and printing materials, and they approached Campana about making prosthetics for Derby. Working with 3D Systems, Animal Orthocare created custom prosthetics that match Derby’s height and have soft, comfortable cups that fit onto his legs and rigid treads that keep him from getting stuck in dirt and other soft surfaces.

Animal Orthocare has been using 3D printing since then and Campana says the technology has provided him with expanded design capabilities that let him treat a wider range of patients, like animals that are too big or too small to fit with traditional prosthetics. Being able to customize the devices he makes, he says, also provides better aesthetics and functionality.

Aside from wheelchairs and prosthetic legs, 3D printing has other uses for helping pets and their humans. Ashley Looper, a veterinarian technician and adoptive mom of Turbo the two-legged chihuahua (who gets around with the help of a 3D-printed cart) has launched the Pawsthetics project, a charity that aims to design and make a variety of 3D printed devices for animals like leg braces and wound covers that can keep pets from scratching or chewing at injuries.

Meanwhile, a UK company called Arty Lobster is using 3D printing to recreate not just body parts, but whole animals. They use photos and a 3D design team to create lifelike sculptures of animals that owners can keep as memorials to departed pets or decorations and tributes to their fuzzy family members.

The technology is even aiding more exotic creatures and the scientists who study them. In Brazil, veterinarians recently used a 3D printer to make a new shell for a tortoise named Fred whose original shell was badly damaged in a forest fire. In Alaska, the conservation group Birds of Prey Northwest got help from a mechanical engineer to 3D print a new beak for Beauty the bald eagle, who was shot by poachers and lost the upper part of her beak, leaving her unable to eat food on her own. Biologists have also used the technology to print models of bats so they could learn about their flight behavior without having to experiment on the animals themselves, and make tiny harnesses to keep spiders still while they study their brains.

The Future of 3D Printing

3D printing is still fairly new, but Campana thinks that as the design software gets more user-friendly and the costs come down, people will be able to do more with it. Right now, Animal Orthocare is working on hybrid prosthetics that incorporate both 3D-printed parts and more durable traditional plastic parts to create longer lasting devices that are still customizable. As the technology gets into the hands of more people who are passionate about pets, there are even more possibilities on the horizon. 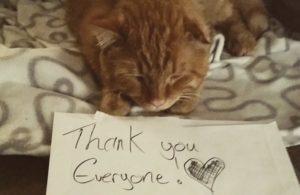 BenBen, the Cat That ‘No One Wanted,’ Gets a Loving Home
Despite this kitty's sad expression and difficult medical problems, one pet parent opened her heart and home and gave him a second chance. Read their story.
Up Next 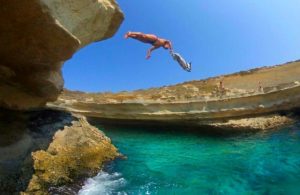 Meet Titti: The Incredible Cliff-Diving Dog
Carmelo Abela and his Jack Russell Titti have taken the world by storm with their cliff-diving skills. Read more about this amazing cliff-diving dog.