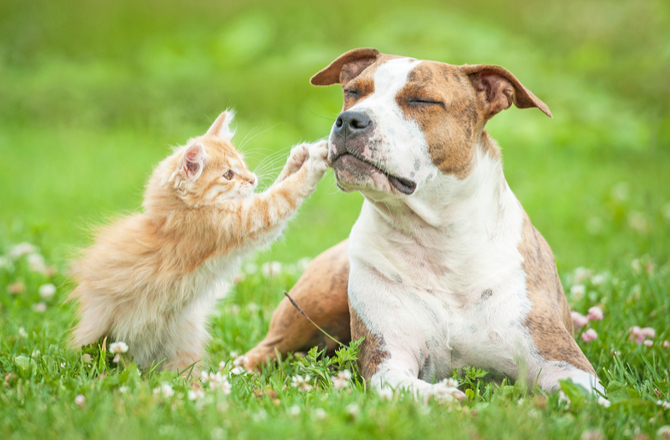 BeSmart / Get Answers / 6 Things Cats Can Do Better Than Dogs

6 Things Cats Can Do Better Than Dogs

There’s no doubt dogs are good at a lot of things: warning you about the presence of strangers, retrieving a ball, sniffing random things everywhere. However, cats excel in many other areas, including some very surprising ones. Here are six thing cats can, without a doubt, do better than dogs:

1. Cats Can See Better Than Dogs

“Dogs are still known to respond to motions from up to a mile away, [while] cats are thought to be only able to focus on an object up to 20 feet away,” says Dr. Carol Osborne. However, this vision makes cats excellent at detecting quick bursts of movement nearby – an important trait if you’re a hunter.

Cats also have special adaptations that allow them to see better in low-light situations than a human or a dog, according to Dr. Grace C. Park, medical director at Second Chance Animal Shelter in Worcester, Massachusetts.

“It is estimated that cat eyes can absorb six times more light than human eyes due in part to their very large pupils,” says Park. “Also, cats have a very well-developed structure in the back of the eye on the retina called the tapetum lucidum, which is a very highly reflective structure that works like a mirror to reflect all light that enters the back of the eye.”

This means cats do require some light to see in the dark, but they can see relatively well with just a small amount of light, Park explains.

“Dogs possess the same structures that cats do but they have a less developed tapetum lucidum, resulting in poorer night vision compared to cats,” she adds.

A cat uses its tongue to flick water, this causes the water to splash up into their mouth—much like splashing water while you swim, according to Osborne. “Cats are more efficient drinkers compared to dogs; generally a dog must take three drinks to get the same proportional amount of water as a cat,” says Osborne.

Up until fairly recently, dogs were thought to scoop the water up with their tongue (as if you were cupping your hands to drink water from a river).

“However, scientists using high-speed cameras were able to figure out dogs also splash the water using their tongue to splash and then closing their mouth around the water,” Osborne says.

The difference? Cats are just better at it.  “Think of the cat’s tongue being more like a whip and the dogs more like a child jumping in a pool,” says Osborne. “One is messy and one is precise.”

Maintaining balance requires a number of things simultaneously: sensory data from the legs, input from the system inside the inner ear, visual input and the ability to respond quickly. These come from a combination of spinal reflexes and motor response, Park says, and cats are much better in all these aspects than dogs are.

“As a result, cats are better at balancing than dogs because they have light, long bones, a very flexible vertebral column and a flexible tail to help them adjust quickly to changes in balance,” Park says.

While it’s not true that cats always land on their feet, they are definitely more likely to do so than dogs.

“A normal cat in good physical condition is generally very quick and flexible and, given enough time, can often turn his or her body into a feet-down position to result in a more graceful landing,” says Park.

4. Cats Have a Larger Vocabulary

Cats have a much wider variety of sounds that they use to communicate than your average dog does, according to Osborne. “Cats can make many different sounds such as meow, purr, yowl, scream, caterwaul, hiss, chattering of the teeth, growling,” says Osborne.

Cats are also able to use these noises as a complement to their physical actions to enhance them and better express how they are feeling. “Cats generally have behavior triggered sounds rather than sounds associated with objects,” Osborne says. “For example, the purring sound is not just for a cat’s owner but rather is a good indication your cat is happy.”

Cats not only sleep more, but they also have different styles of sleeping. “Cats will either be in a deep slumber or taking the literal ‘cat nap,’” says Osborne. “This means that when a cat is taking a cat nap, they will be ready to snap to attention almost as if they had one eye open.”

This is system keeps them constantly on alert and improves their chances of escaping predators and catching prey off guard if needed. Your dog, on the other hand, will generally take long naps with a deep sleep rather than the one eye open approach, according to Osborne.

“Cats tend to make the most of their waking hours, as they have natural predator instincts and they will be compelled to hunt,” Osborne says.

This ultrasonic hearing may have been developed by cats to improve their hunting skills, as mice squeaks sometimes fall into this range. In addition, cats and dogs are both able to rotate their ears and move them independently of one another to hear better, but cats have the ability to rotate their ears a stunning 180 degrees when trying to figure out where a sound is coming from, Osborne says. 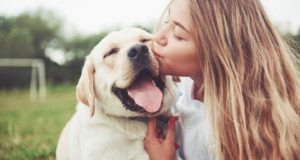 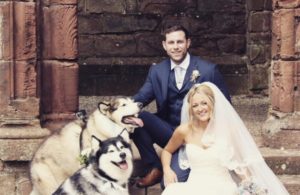 A Couple’s Dogs Served as Maid of Honor and Best Man at Their Wedding
Alaskan Malamutes Phil and Niko helped their human parents walk down the aisle on their big day.