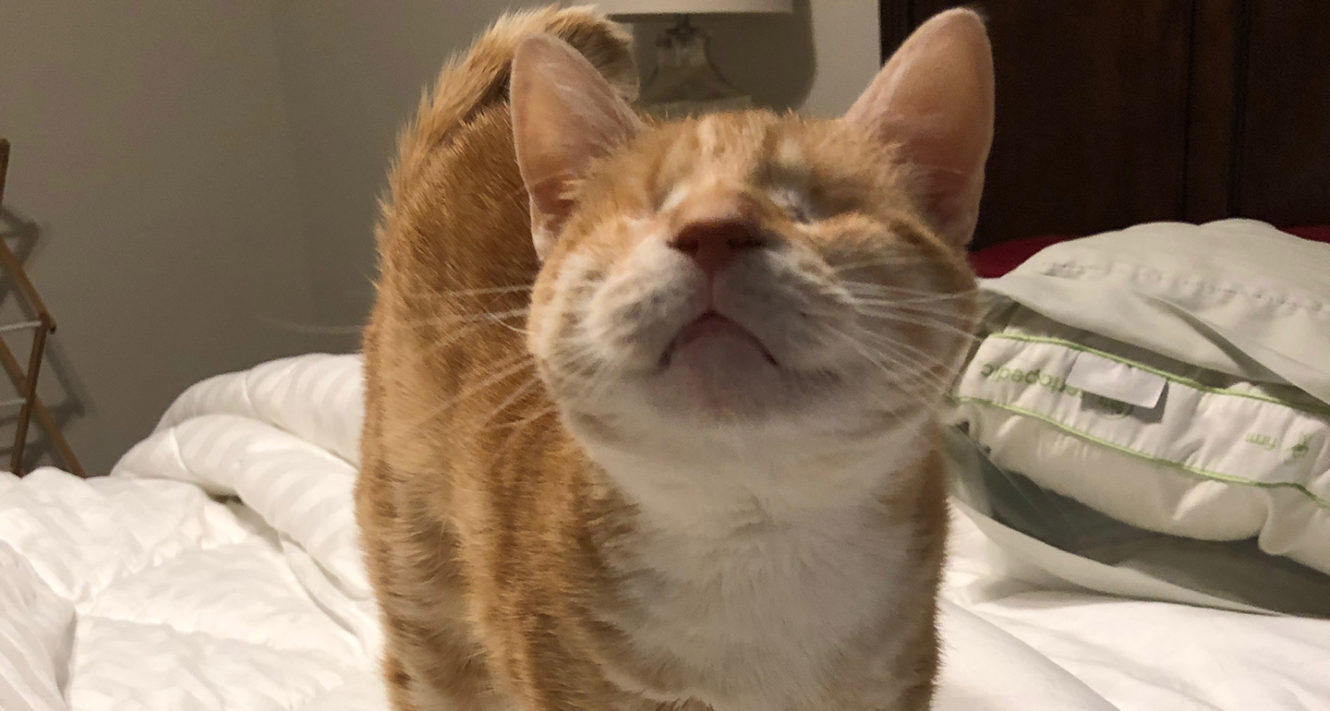 It was a cool and balmy 5 a.m. on the south coast of Jamaica. Rachel Roszkowski, a seasoned animal rescuer from the Indianapolis, Indiana area, had just finished a solo run around the Sandals resort, where she was on her honeymoon—which, little did she know, was about to turn into a cat rescue mission.

A gentle orange tabby cat skirted around the edges of the area where Roszkowski now rested, catching her breath. Something about the cat’s eyes didn’t look right. As she got closer, it looked as though one of the sockets was missing an eyeball. But before she could examine the cat further, the skittish feline retreated.

When the resort started to yawn and bustle, Roszkowski asked a manager about the cat. They assured her that the cat was in fine health, only being treated with eye drops for allergies. Armed with her animal health knowledge from working in rescue and in veterinary medicine as a former veterinary assistant, Roszkowski, knew something wasn’t right. She and her husband, John, set out to do something about it. 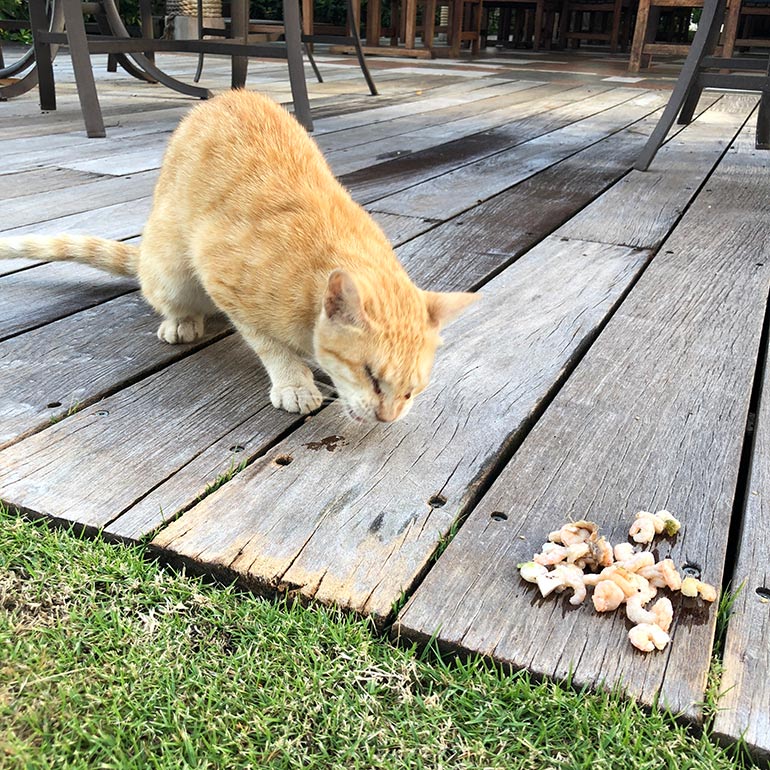 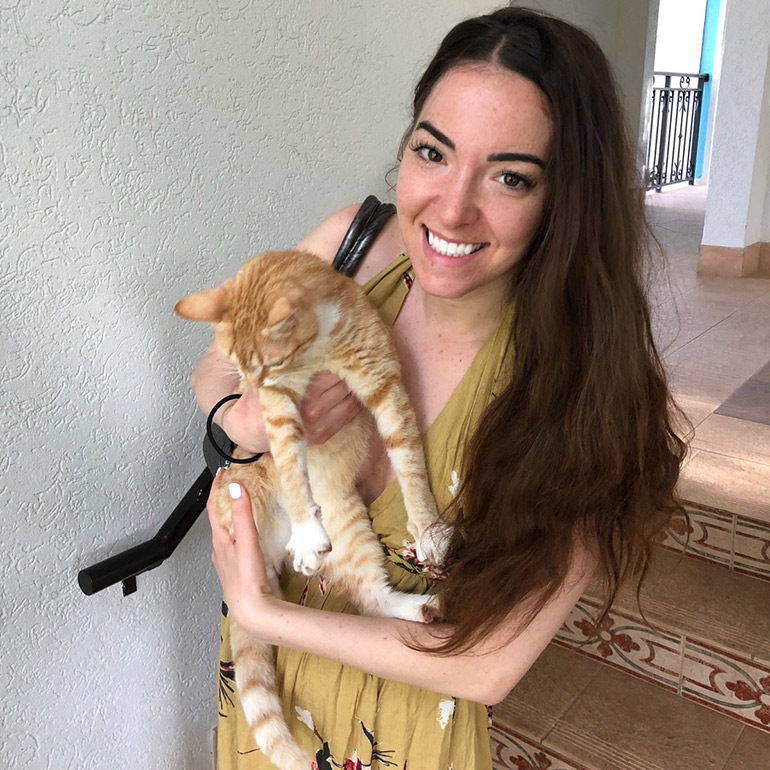 “When we knew she wasn’t getting the care she needed, we became determined that we were going to take her home,” Rachel says. “We were on Day 1 of our honeymoon. We cancelled our excursions and phoned every rescue and vet in the area so we could get her medical help. I can’t leave an animal stranded when I know they need help. Animals are my life and rescue is my life.”

Rachel decided to name the tabby Athena, investing in her the attributes of the Greek goddess of war and wisdom. She and John traveled two hours north to Montego Bay to find a vet willing to treat Athena. There, Rachel says they discovered that the cat had a condition called eyelid agenesis, meaning she was born without eyelids, and that she had clearly never been treated: one eye was shriveled in the back of her head and the other was in poor health. She was a completely blind cat. And then another devastating health blow: Athena tested positive for FIV, or feline immunodeficiency virus, the feline equivalent to HIV. 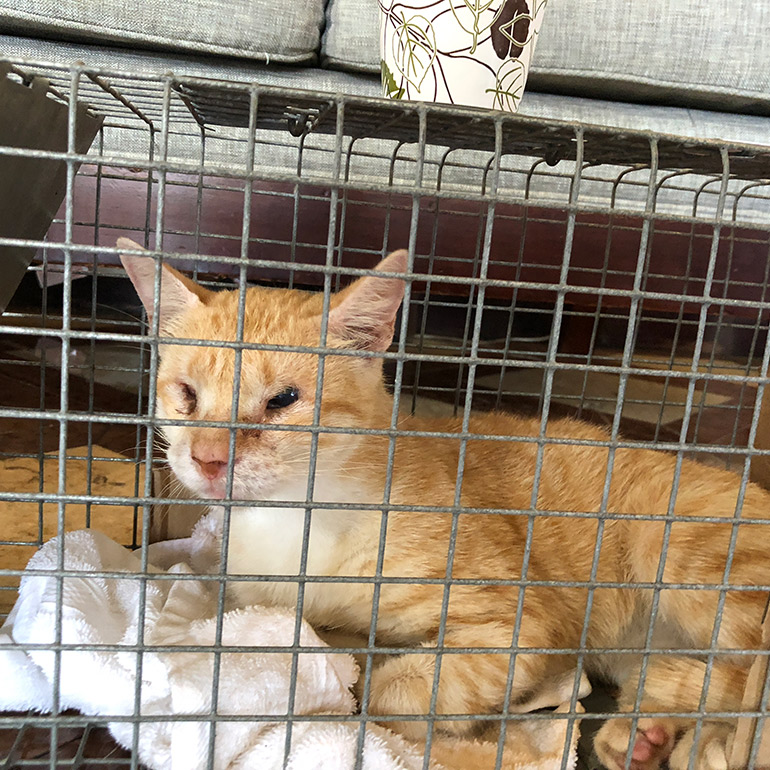 “When you’re FIV positive and in the wild, your chances of living are so low,” Rachel says. “She probably wouldn’t have made it another year. But cats with FIV who live in a healthy home can live long and beautiful lives.”

There was no turning back now: The Roszkowskis were going to rescue Athena and bring her back to Chicago with them no matter what. But, Rachel says, the managers at Sandals refused.

“They said the cat was famous and she can’t leave the property because everyone comes to see her,” she recalls.

After some debate and declarations, the managers deferred. Rachel asked them to sign a release of adoption papers that she quickly drafted.

The journey from Jamaica to Chicago was long and complicated. Rachel says getting permission to travel with Athena, especially because she was FIV positive, required a lot of involved paperwork: a health certification from a vet, a letter from the Centers for Disease Control and Prevention, chip surveillance and customs paperwork. Rachel flew back home and went back to work, but Athena remained behind, boarding in Jamaica for about a month so she could recuperate before she flew.

From there, they relied on the kindness of animal-loving strangers who accompanied Athena on flights and assisted her in transitions at cat hotels until she was in Rachel’s arms. Finally, Athena was welcomed into her new home and her new family in the states.

Transitioning from tropical Jamaica to urban Chicago was going to be a shock. Rachel says she prepared by designing an ad hoc tropical haven in her bathroom to mimic Jamaica’s climate. She bought sand and put it in a sandbox, creating a mini beach where Athena could rest. She ran the shower regularly to maintain a humid climate. She says she even considered buying some fake palm trees to complete the space. These creature comforts were crucial for Athena because within a week of arriving in her new home, she underwent an operation to have her one eye removed. 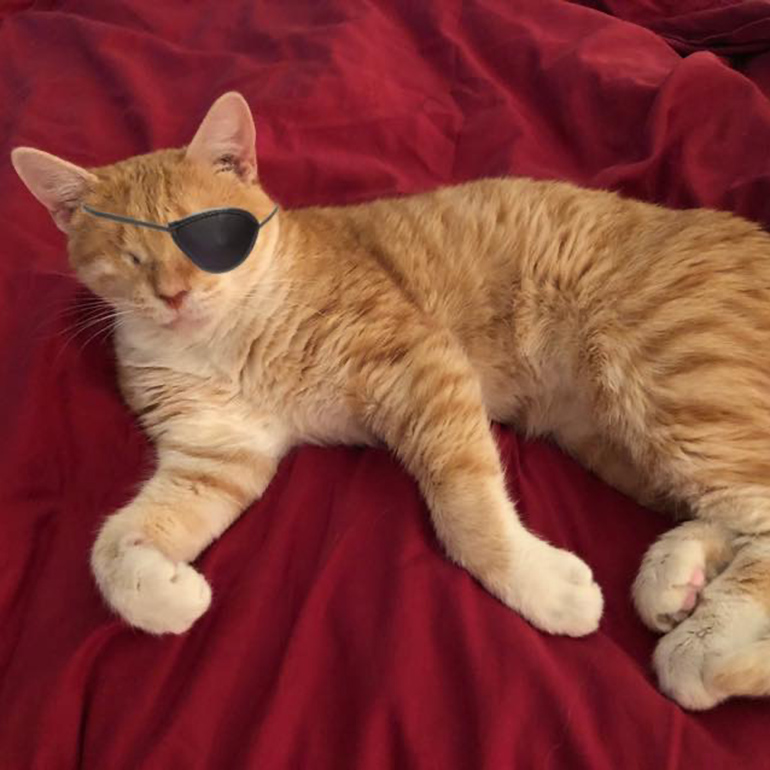 Finding good medical care for Athena in the states was also a challenge, Rachel says. The first doctor they saw suggested an eyelid reconstruction surgery, which was mostly cosmetic since Athena would still never be able to see. Rachel says she ended up taking Athena to three different specialists in Chicago before they found someone who said something that made sense: They should remove the dead eye. The surgery cost $700.

Then, after a month, the Roszkowskis felt they were outgrowing their apartment in Chicago with their pet family—three other cats, two dogs and, of course, Athena—so they moved 200 miles south to Westfield, Indiana. There, they found a new feline eye specialist who said the best course of action would be to remove the other eye, too. This eye removal surgery cost $1,500. Altogether, the adoption and care cost totaled about $6,000, but Rachel says Athena is all worth it and more.

From Beach Bum to the Good Life

During her first year with her new family, Athena was serious and tentative, a common reaction for animals who have been neglected, says Rachel. She didn’t play with the other animals in the household or with any toys. Now, over a year and a half after the surprise cat rescue, Athena moves around the house with such skill and speed that “you’d never know she’s a blind cat,” Rachel says. As she became healthier and more comfortable, Athena has developed her own personality and has become the queen of the pack.

“When she was in Jamaica, she had an infection in her eyes. She was ill and you definitely wouldn’t catch her playing there,” Rachel says. “There was also another cat who used to pick on her, so she was always on the defense. Here, my cats leave her alone and now she’s the dominant one. She’s a little princess now, her nose is stuck up in the air. She’s a little diva. She even has her own chair.” 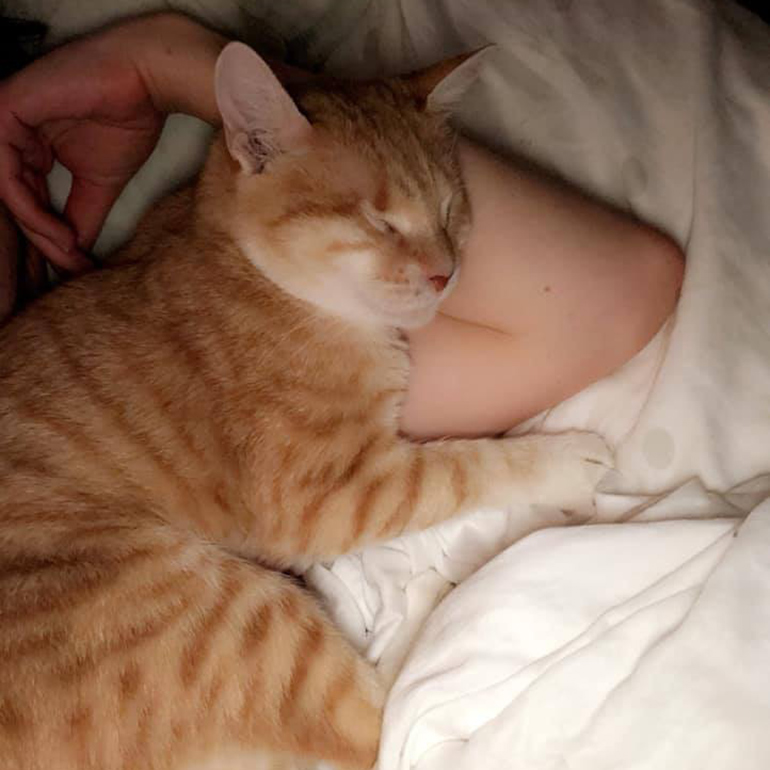 Athena remains somewhat of a legend among visitors of the Sandals resort in South Coast, Jamaica. Given the somewhat controversial manner in which Athena was rescued, Rachel says the official Sandals Facebook page routinely deletes questions and updates about the cat. But Rachel started her own page titled “Athena’s SSC (Sandals South Coast) Friends,” where she shares photographs and updates with Athena’s many acquaintances from around the world.

Rachel has continued to devote herself to her rescue work, though in a different way because of Athena. While she’s on the board of directors for Cotton Branch Farm Sanctuary in Leesville, South Carolina, mostly doing large-scale rescues of pigs, Athena has inspired her to rescue even more homeless felines.

“Athena is looking at me as I say this,” says Rachel during the interview. “I have continued to rescue more cats. We have like 11 foster cats in the basement, and we are continuing to foster more. We were not doing that before. That’s because of Athena.”

“She sleeps on my pillow, on my head, in my hair or on my shoulder. She never goes to sleep on my husband. Maybe she knows I saved her,” Rachel says. “She’s seriously the best cat ever, but I’m probably biased.” 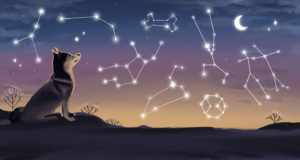 Dog Zodiac Signs: What Your Dogs’ Astrology Signs Says About Their Personality
Is your dog an attention-loving Leo, rebel Aquarius or energetic Aries? Learn about the dog zodiac signs and what your dog’s astrology sign says about them.
Up Next

13 Funniest Cat Videos of 2019
Why not end the year on a hilarious note? We’ve compiled the funniest cat videos of 2019 for your (and your kitty’s) enjoyment.