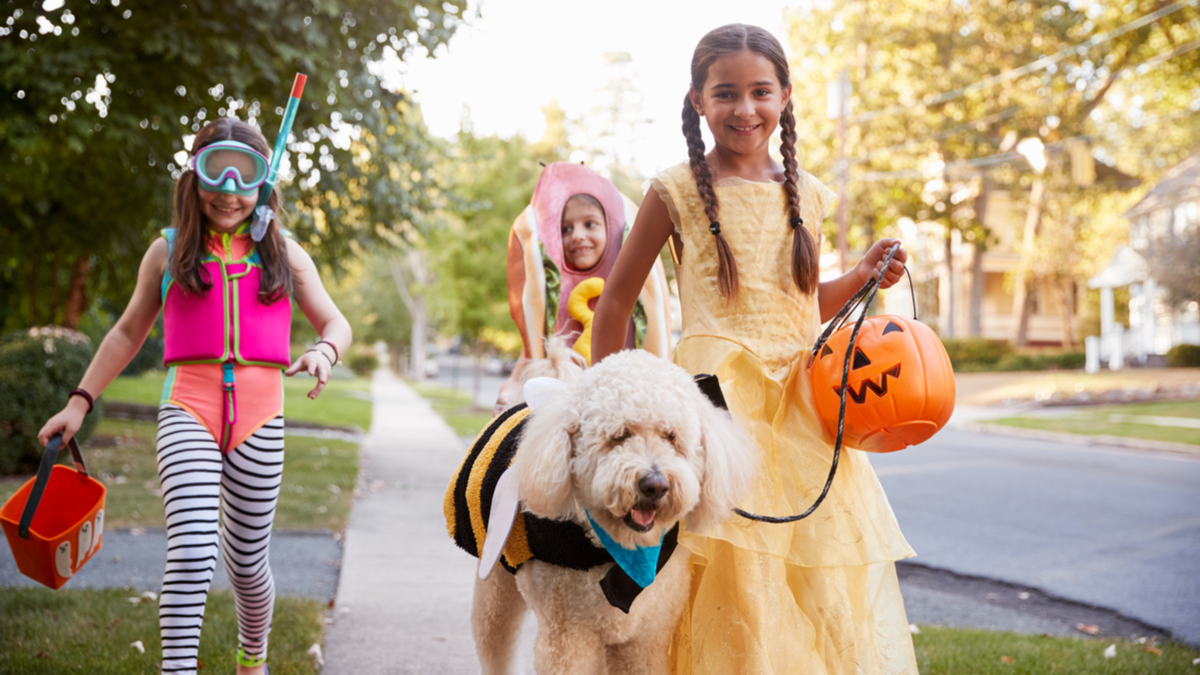 Dogs come in all shapes and sizes, but these days, dogs have become even more unique in appearance with the rise in popularity of mixed breed dogs. These hybrid dog breeds, also called designer dogs, are a cross of two or more purebred dogs. If you think about it, cross breed dogs are kind of like a ridiculously cute version of Frankenstein’s Monster, but on four legs!

Check out our list of nine of the cutest and most weird dog mixes.

The adorably, fluffy Goldendoodle has become a common sight over the years. This lovable dog breed was developed in the 1990s and is a combination of a Golden Retriever and a Poodle.

One reason this adorable cross breed dog skyrocketed into pupularity is because it requires less grooming compared to a regular Golden Retriever, thanks to its Poodle side, but has the wonderful laid-back personality for which goldies are known. Both Poodles and Golden Retrievers are intelligent dogs, so the Goldendoodle tends to be one smart pup, according to Goldendoodle Association of North America.

Goldendoodles come in a variety of colors including, black, cream, chocolate and even red. “Doodles,” as they’re sometimes called, tend to weigh in at 50 pounds and up for a standard size dog, but they can be much smaller.

Between its endearing personality and looks, this pup makes for one of the cutest mixed dog breeds ever.

One of the more weird dog mixes, the Puggle is a cross between a Beagle and a Pug. Created in the 1980s, the Puggle was bred to be a loyal companion.

Puggles may inherit an acute sense of smell from their Beagle parents. Don’t be surprised if every time you find a Puggle, its nose is constantly to the ground. The Puggle also is prone to barking and can howl—yet another trait inherited from its Beagle side.

The Puggle is found in several different colors: black, fawn and multicolored. Their average weight is between 15 and 30 pounds.

Between the warm personality of a Pug and energy of a Beagle, this cross breed dog is great for active families.

The Yorkipoo is a cross between a Yorkshire Terrier and a Toy or Miniature Poodle. These pups are often known for being intelligent, affectionate and gentle, according to dog website Dogtime.com.

Being only 3 to 14 pounds, these small hybrid dogs are ideal for someone living in a smaller living space, such as an apartment. Typically, they are low-shedding thanks to its Poodle side.

Yorkipoos have ample energy and are known to be barkers, according to Dogtime. Fortunately, these designer dogs tend to be easy to train and are quick learners as long as there is consistent positive reinforcement.

Part Pomeranian, part Chihuahua, the Pomchi can at times be stubborn, but tend to be good-natured and develop close relationships with their human counterparts.

These pups have the physical characteristics typically have large eyes and pointy ears, like most Pomeranians and Chihuahua, but their coat can vary from long to short. On average, Pomchis will weigh between 5 and 12 pounds.

Pomchis are one of the longest living dog breeds, with an average life expectancy of 15 years, according to BusinessInsider.com.

The Borador is the perfect mix of smarts and adorableness in one medium-sized dog. A combination of a Border Collie and a Labrador, these pups tend to be black and white in color and weigh between 35 and 45 pounds, according to 101DogBreeds.com.

The Borador is considered to be a great family dog because of its loving, friendly temperament.

These mix breed dogs are very obedient to their owners, making them great for training. One more pawsitive characteristic? These pups also make great watch dogs.

If you can’t decide between a Pug and a French Bulldog, then it’s simple—go out and get yourself a Frug! The Frug is a small-sized designer dog that is a combination of a Pug and French Bulldog.

These hybrid dogs get their curly tail and wrinkly face from their Pug side and their straight or upright ears from their French Bulldog side, according to 101Dog Breeds.com. They weigh around 15 to 30 pounds and are known to be easy-going, social and inquisitive. They do tend to have a stubborn streak. But since Frenchie Pugs are undeniably one of the cutest mixed dog breeds, we’ll let the whole stubborn thing slide.

Frugs can have a smooth, glossy coat or coarse coat, and they don’t require much grooming.

A Peekapoo is a mix between a Pekingese and a Poodle. Developed in the 1950s, a Peekapoo is one of the oldest hybrid dogs out there.

They are on the smaller side, weighing around 4 to 20 pounds. This designer breed is active and energetic, yet affectionate and loving. They love spending time with their people.

While cute and cuddly, they also can be loud and protective, which makes them good guard dogs. They are not afraid to speak up, well, bark, whenever they desire.

Golden Retrievers and Labrador Retrievers are both great dogs. Mix them together, and you get a Goldador—talk about dreams coming true! These hybrid dogs weigh about 60 to 80 pounds, according to Dogtime.com. Despite their size, Goldadors usually adapt well to apartment living provided they receive proper exercise. They do best in a house with a fenced in yard.

They are known to be loyal, loving, intelligent and eager to please, and generally, they make ideal pets for a wide range of families.

If you’re looking for a larger dog with an even larger heart, a Goldador could be the perfect dog for you.

A Pitsky is a mix between an American Pitbull Terrier and a Siberian Husky—talk about amazing cheekbones and beautiful eyes. These mixed breed dogs weigh around 30 to 70 pounds, can be any color, any hair length and may or may not have those blue eyes for which Huskies are known, according to dog website Animalso.com.

Pitskies are known to be playful, affectionate and loyal. If you have a high-energy family, a Pisky could be just the hybrid dog to keep up with your active lifestyle.

It should be said there is no guarantee designer dogs will inherit the very best traits from each breed it’s crossed with, so that is something to keep in mind when considering one. However, from a Puggle to a Pitsky, each designer dog is adorable in their own way. If you can’t decide between two different breeds, go get yourself a hybrid.

By: Lauren Bronston and Lindsay Schencker 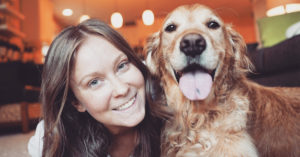 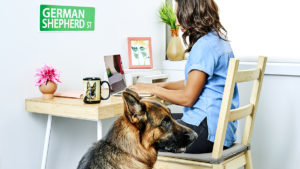 9 Perfect German Shepherd Gifts for Dog Lovers
What are the best gifts for dog lovers? If they love German Shepherds, take a look at these GSD-themed dog gifts for your two-legged friends, or treat yourself!