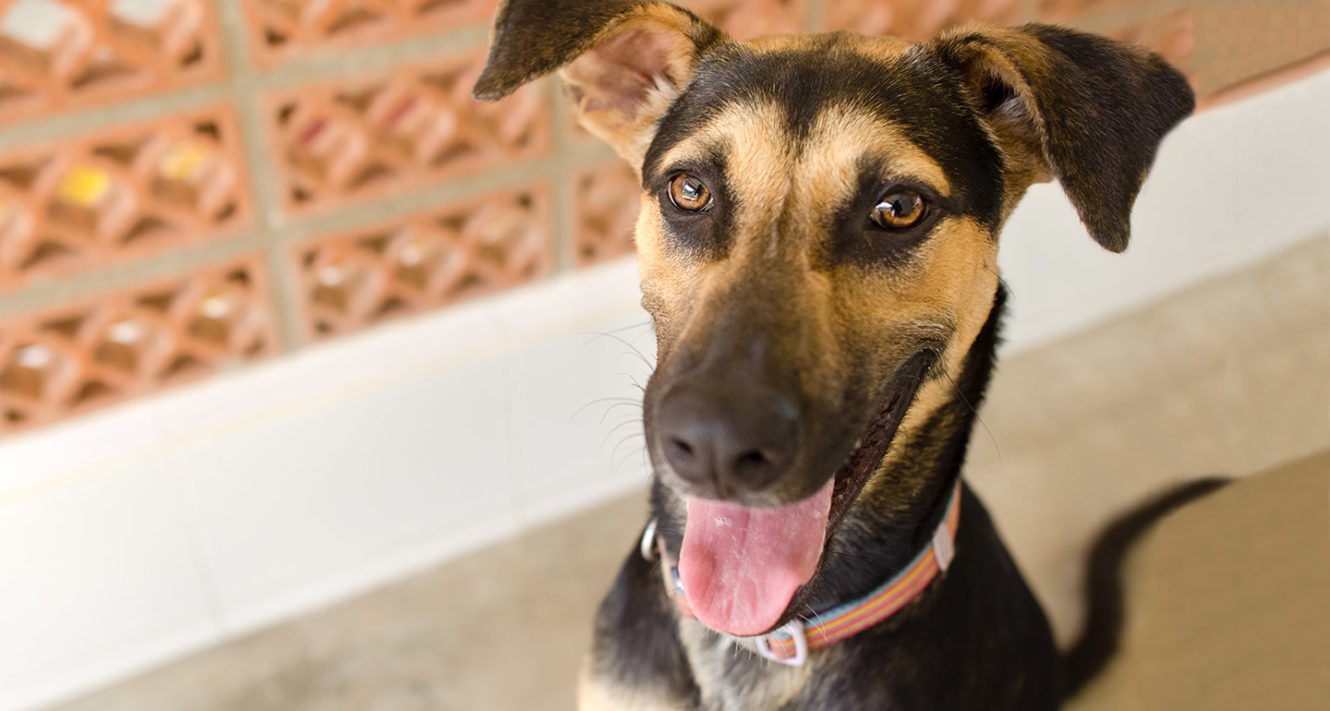 Why Adopt a Shelter Dog? 10 Myths About Shelter Pets Debunked

When someone decides to adopt a pet, you’ll often hear them describing exactly what they’re looking for—a very specific breed, size and age, or at least they have an idea of certain traits they expect their new addition to have. “Why adopt a shelter dog,” they may wonder, “if I have such a specific pet in mind?”

Yes, animal adoption is a big deal—you’re welcoming a new furry family member to their forever home—so you want to make sure you make the right decisions. But that doesn’t mean you should skip the shelter. Despite many incorrect myths about shelters and rescues, they’re home to animals who would make amazing pets, no matter what attributes you’re looking for.

“At least once a week, I talk with someone who believes at least one of these myths in some form or another,” says Meredith Bowen, adoptions specialist at Best Friends Animal Society's no-kill pet rescue and adoption center in Atlanta, one of this national animal welfare organization's regional centers.

Believing these dog shelter myths could mean that some perfectly amazing dogs get overlooked. Bowen, a dog shelter insider, explains some of the most common myths and the truths behind them. Spoiler alert: These truths are all great reasons why you should adopt a shelter dog.

Myth 1: Shelter dogs are there because they have behavioral issues.

At an animal shelter, you might see some dogs exhibit behaviors that seem like chronic behavioral problems, like excessive barking or going potty indoors. But Bowen cautions that an animal shelter is a very stressful environment for these dogs, with nothing familiar and tons of other dogs barking all the time.

Many of the dogs surrendered to shelters are there by no fault of their own, and it is usually due to a change in their owner’s circumstances. Bowen adds that, contrary to the myth, she’s “seen many animals in shelters who are incredibly well-adjusted, and despite being in a stressful situation, display very few behavior issues, if any at all.” If there are any signs of possible behavioral issues, these can be more manageable in a calmer home environment.

The realistic expectation is that any dog coming into your home will need some training to understand your routine, even if they know all of their basic obedience commands, says Bowen. One common question she gets at the dog shelter is, “Can you train an adult dog?” The answer is, “Absolutely! We rarely come across dogs who are ‘untrainable’… We are able to often work on some basic obedience commands with the dogs in our care, of all ages. Many adult dogs are eager to learn when we start introducing commands, and they also learn to settle in to our routine at the center, which indicates they could do the same in your home.”

Myth 3: Most shelter dogs are too scared or shy.

Just like people, dogs have their own personalities. Some are resilient, while others will struggle with the stress of being in a dog shelter. “We see dogs of all temperaments come into the center—shy, nervous, outgoing, even boisterous!” says Bowen. And each dog handles stress differently. Even if a pup seems scared or shy in the animal shelter, “They may just need some time to decompress in your home and then fall into a good routine with you.”

According to Bowen, there is some truth to this myth, but she points out that this isn’t necessarily a negative thing. Often, a pet rescue won’t know a dog’s story, but they do share any details they know with prospective pet parents. More commonly, they can only provide info on what they’ve observed while the dog has been in their care.

“Sometimes, this works in our favor because we can start the animal with a blank slate; very often it is not what happened to them in the past, but how they are handling things now that we need to be concerned about. And how their behavior currently may transfer into a home,” explains Bowen. That’s another reason why adopting a shelter dog makes sense: You’ll still get the lowdown about how your potential pet behaves, including under stress.

Myth 5: Shelter dogs are dirty and have fleas.

Some dogs may come into the pet rescue not so clean, but they certainly don’t stay that way. It is very common for rescues to keep new dogs in quarantine areas until they are fully vetted to ensure they are treated for any possible ailments. Best Friends Animal Society also has plenty of helpful volunteers who give the dogs baths before they mix with the other animals to make sure they look their best.

All dogs are monitored closely for fleas, ticks and other parasites and get regular preventative treatment. This is common practice for dog shelters—after all, they want the pups to be clean to increase their chances of getting adopted.

Myth 6: None of the rescue dogs are potty trained.

This depends on the dog, so Bowen recommends that if it is important to you that a pup is fully potty trained before coming into your home, you should ask your adoptions counselor about the dog you’re interested in. If he’s not completely housebroken, and you’re willing to put in the time, “It is important to give them time to settle into your routine and reinforce pottying outside with lots of positivity,” says Bowen.

Myth 7: A lot of dogs from animal shelters are aggressive.

The truth is that at Best Friends Animal Society, they rarely see an outright aggressive dog. In fact, states Bowen, there are plenty of well-adjusted, outgoing and happy dogs—probably more than those with major behavior issues like aggression. If there is an issue, it’s most likely fear-based aggression from the stress of being in a dog shelter.

Myth 8: At a pet rescue, the dogs probably have health issues or get diseases.

Although shelters do take in animals with health issues, Bowen points out that many are treatable and are taken care of by the animal shelter.

“All animals in our care are given a checkup and do not go home without being vaccinated, spayed or neutered, and microchipped,” Bowen says.

At Best Friends Animal Society, and almost every animal shelter, these services are included in your adoption fee. (Consider it another check mark in the “Why I Should Adopt a Shelter Dog” column.) Any outlying medical issues that the shelter has found or is treating are explained to the adopter.

Myth 9: Older dogs from an animal shelter won’t fit into the household.

There are plenty of reasons why senior shelter dogs make great additions to a family, especially if you’re looking for a pet with lower energy levels. At Best Friends Animal Society, senior pets settle right into the routine, just as well as younger pets. Bowen notes that when it comes to fitting into your family, it’s better to gauge a dog’s personality rather than their age.

“We have had seniors that still have plenty of pep in their step, and also seniors who are more of couch potatoes," Bowen says, "so make sure to ask a counselor what might be the best fit for you.”

Myth 10: Rescue dogs won’t ever really become attached to you because they’ve been abandoned before.

When it comes to rescue dogs, this is simply false. These pups deserve a chance to warm up to you, and most of the time, it doesn’t take long at all, according to Bowen.

“I am always astounded at the amount of dogs that think I am fabulous, simply because I threw a ball for them one time,” she says.

It’s important to remember that shelter dogs are meeting tons of new people each day, and they might not immediately become attached to you on the first meeting. It might only take a little extra time spent with them in a short fetch session to win their heart. A shy dog might be a little more reserved, but you can discuss with an adoptions counselor what sort of personality you’re looking for. “Remember, if you meet a dog that is very attached to the caregiver or adoptions person, then they can do the same with you—it may just take them some time!”

So now that we’ve debunked the myths about shelter dogs (and explained why adopting a shelter dog just makes good sense), you should be all set to head to the nearest animal shelter for your next adoption. It’s important to be open-minded and look for the personality that is the best match for you and your family. Think about how much time and effort you’re willing to put into training, the energy level that’s good for you, and whether you love the shy pups or can handle a more outgoing personality.

Going to a basic obedience class is a great idea for building a relationship with your new dog and helping them learn or brush up on their basic commands. Adopting a rescue dog can be the most rewarding experience, and there’s no reason to believe that they are in any way damaged goods or less than worthy.

“Just because an animal ends up there doesn't mean there is anything wrong with them,” reminds Bowen. “They are just in need of a second chance.”

By: Nikki Naser
Instead of owning 30 cats, Nikki has an impressive collection of 30 cat-themed T-shirts, and just 4 pets—a ginger-haired senior cat, a senior Maine Coon, a middle-aged Choodle, and a young kitty who showed up one day on the back steps. A former Orlando resident, Nikki worked on several tourism publications before moving to South Beach. When she’s not stopping to take pics of community cats to post on Instagram, Nikki spends her time with the office pets at Chewy, writing for their Pet Central blog.

Chewy and Hill’s Pet Nutrition Throw Holiday Party for Shelter Dogs at Peggy Adams
Chewy recently partnered with pet food company Hill's to throw the shelter dogs at Peggy Adams a holiday party in honor of Giving Tuesday. Find out what happened at the party.