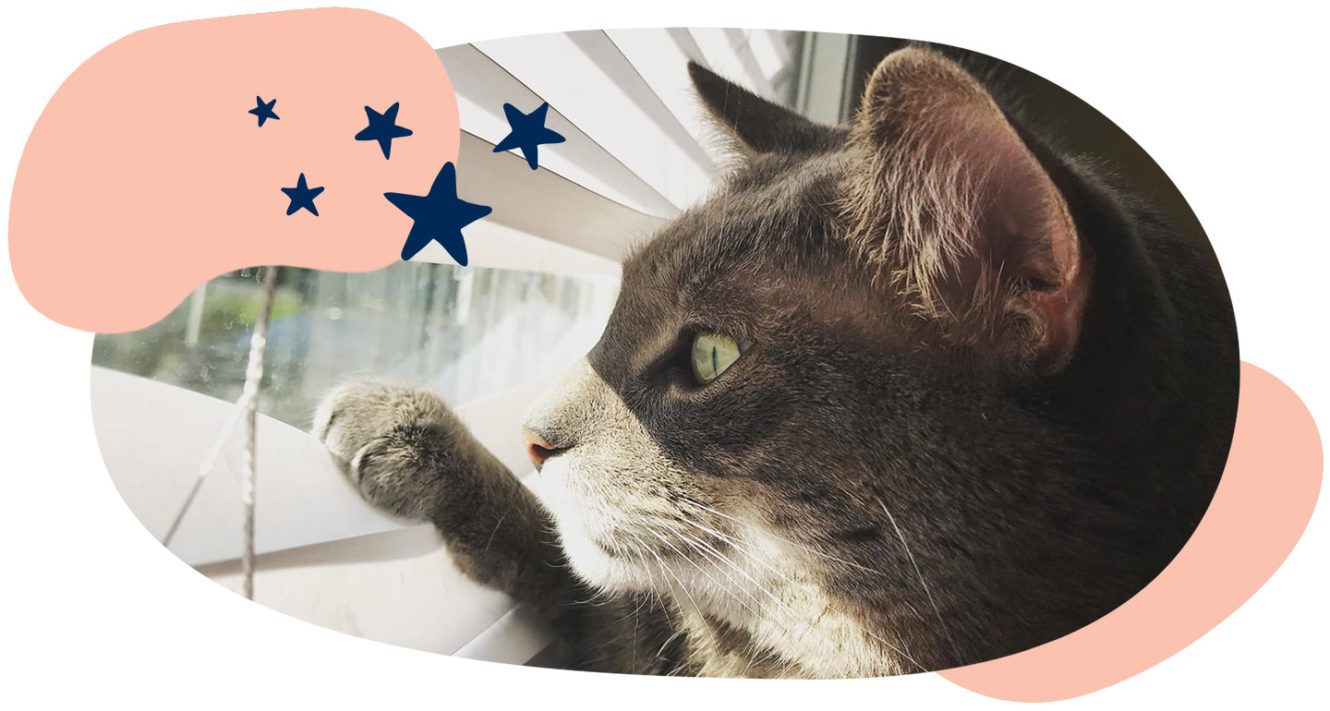 BeInspired / People X Pets / Meeting Twitch, the Cat Who High-Fived My Hand and Captured My Heart

Meeting Twitch, the Cat Who High-Fived My Hand and Captured My Heart

We all remember the moment we first saw our pets. Maybe you were searching for a new forever friend for a while. Or maybe you weren’t even looking on that particular day, but just couldn’t say no to that wagging tail or those purrs. Either way, you’ll probably never forget the moment you knew your pet was the one for you. These “When You Know, You Know” moments are worth celebrating. Here’s how one pet parent knew her cat was the one for her.

I’m a dog person. I spent the first 20 years of my life surrounded by tail wags and drool stains—and loving every second. So, when I moved out of my parents’ house into an apartment in Northern Illinois with my boyfriend, Chris, it only took about six months before I told him that "something was missing.” (Hint: It was a pet.)

I knew our small, yard-free apartment was not the place to raise a happy dog. Still, I needed an animal companion. With a small pet like a hamster or mouse in mind—heck, I’d have settled for a fish—Chris and I walked into the local pet store.

Look, I never once thought about adopting a cat. But that day, a local shelter was holding a cat adoption event at the store, and something pulled me toward those cages. Maybe it was luck. Maybe it was divine intervention. Maybe it was just because it was a lazy Saturday and we had time to kill.

Whatever the reason, I gazed into the enclosures, smiling as I made eye contact with feline after feline. They seemed so innocent and curious.

Then I spotted him: a gray, striped cat in the last enclosure. He seemed shy, all curled up in the back corner of the cage. 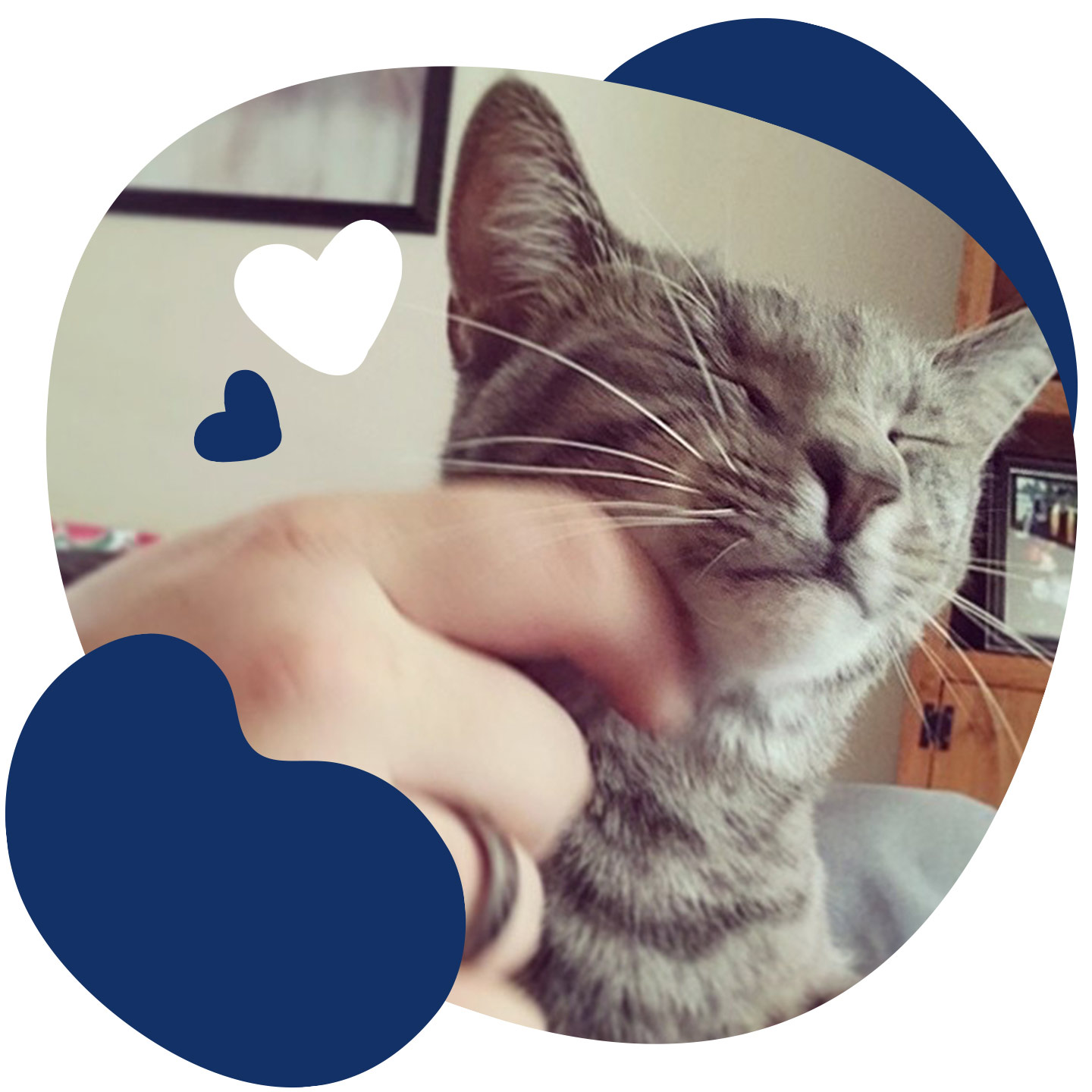 But when we made eye contact, his green, gorgeous eyes glowing, his shyness turned to confidence. He stood up and sashayed a couple steps to the front of the enclosure. He was the only cat, of the four or five I’d seen, to try to engage with me. I felt special. I had only known a handful of cats in my life, ones who belonged to friends or my grandmother. I’d never had one go out of his way to pay attention to me.

He reached the front of the glass, then sniffed curiously. He looked at me as if to say, “Well, now what?” He seemed to have a disdain for the glass between us, as if he’d love to take another step closer.

I put my finger up to one of the holes in the glass, in an attempt to bridge the gap. He poked out his little paw and tapped my hand with his.

Let me say that again: This cat gave me a high five.

I broke out into a huge smile, and looked over to see Chris grinning, too.

“What’s your name?” I cooed, as this striped kitty started to purr and rub his face against my finger. Warm, fuzzy emotions flooded my heart.

We stood there for five or 10 minutes, interacting with him through the enclosure. I knew I had a serious connection with this cat. But I kept reminding myself, You know nothing about cats!

Then a shelter worker asked if we’d like to meet him.

“Well, uh, we’re just kind of looking,” I stammered. “But what do you know about this guy?”

The shelter worker, Scott, told us that Twitch was vaccinated and neutered. He had a sweet, laidback personality, and had been at the shelter for more than six months before he was brought to the store. He had been taken from a person who had too many animals and wasn’t able to care for them all.

We told Scott we needed to think about it. Chris and I paced through the store, debating whether or not we would take Twitch home. Did we have the time, money, resources to care for this animal? After all, this was way different than a fish.

But when Chris and I walked back to the enclosures and saw other customers interacting with Twitch, we panicked. It was all I could do to stop myself from yelling, “Hands off, he’s ours!” That’s when we knew he was coming home with us. 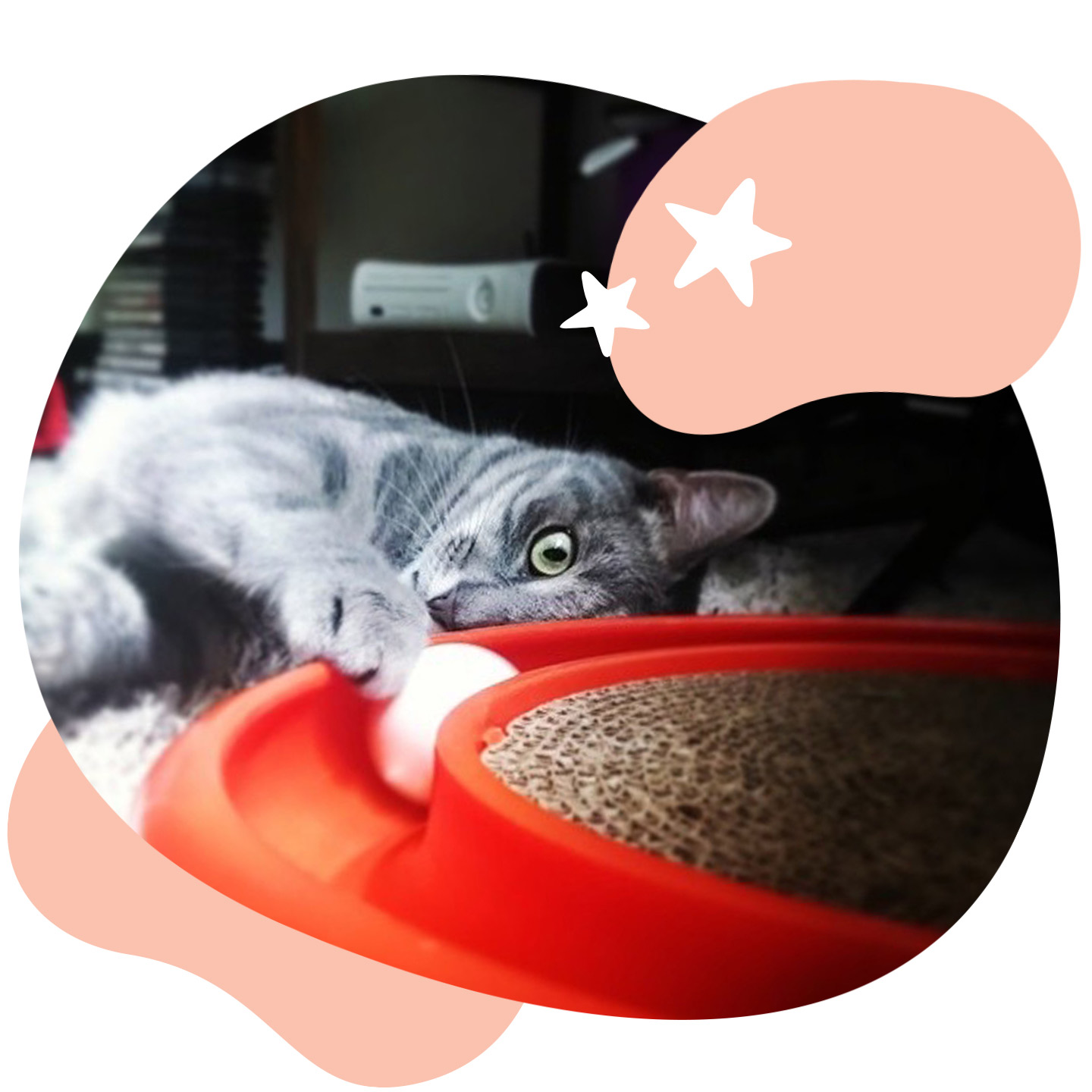 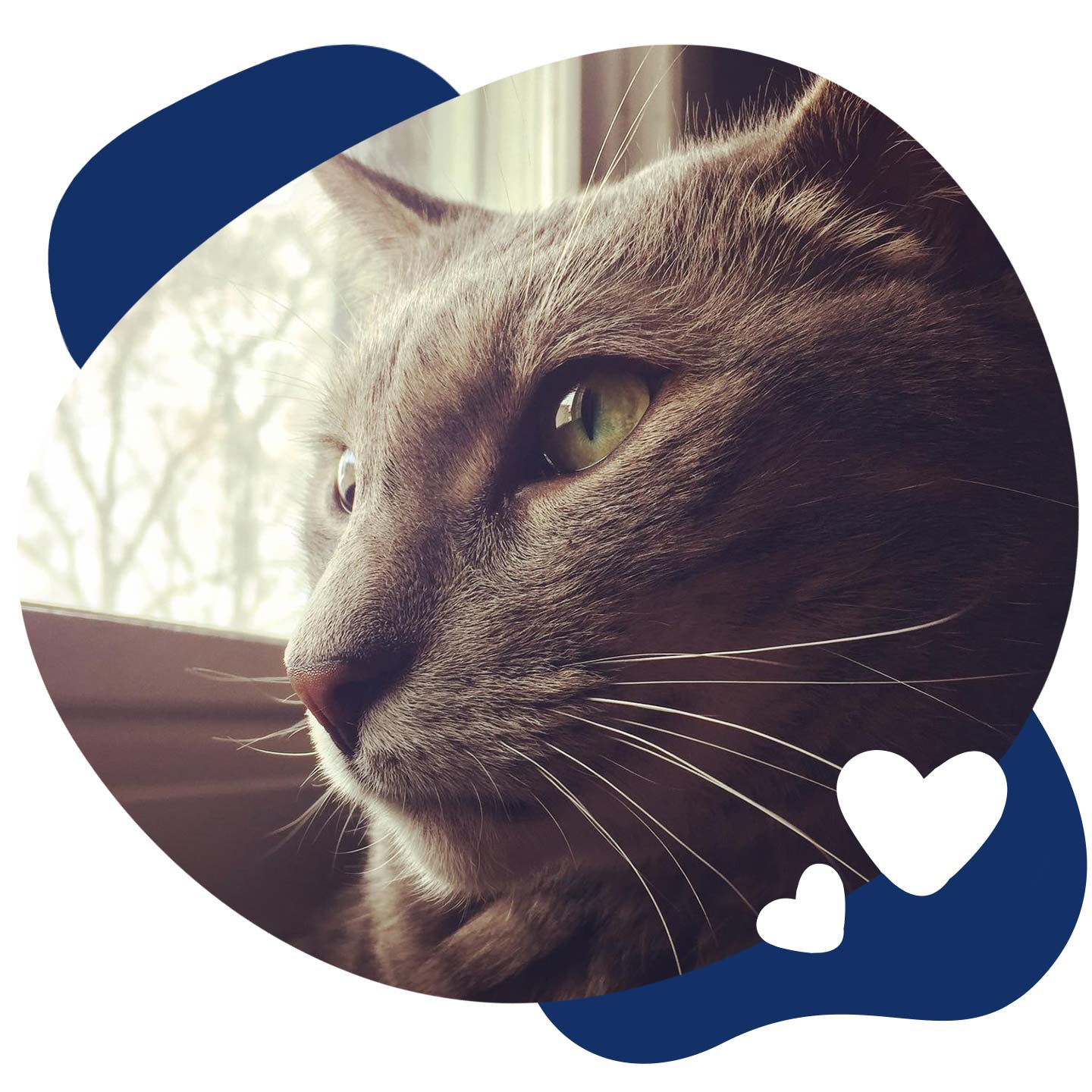 Chris and I staked our claim—and then spent nearly an hour rapid-firing cat-newbie questions at Scott: What do we need to buy him? Which are the best toys? How do we litter train him?

To his credit, Scott patiently walked us through it all, rattling off a list of “must buys” from cat food and cat litter to a litter box and a scratcher.

We left with Twitch that same day, me in the passenger seat clutching his adoption box. We both felt in over our heads and so nervous, but I also felt like a spot had been filled in my heart.

Twitch has been with us for 6 years now. He’s taught us a lot about raising cats, from holding their interest during playtime to their undying love for catnip.

He’s also taught us a lot about ourselves. He strengthened my relationship with my boyfriend; we’d only lived together for six months at the point we adopted him, and we spent a lot of our time at school or at work. Spending time together with Twitch was special. And we could share Twitch stories at the end of our long days apart. When Chris worked late nights, Twitch would sit by my side on the couch, watching TV with me. He really bonded us as a family.

Twitch showed us just how great cats can be. In fact, just six months after we brought him home, we also adopted a kitten, a sister of his very own.

We've been cat people ever since. 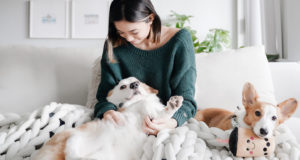 What These Instagram-Famous Pets Taught Their Parents During Quarantine
Chewy turned to some of Instagram’s famous pet parents to find out what they’ve learned from their furry friends during COVID-19 quarantine.
Up Next 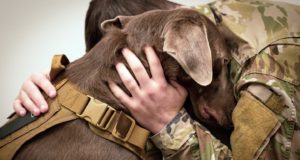 Military Working Dogs: How These Courageous Canines Save Lives
Whether called war dogs or military working dogs, canines have become an indispensable part of modern warfare.