Home / BeWell / Kosher Pet Food: What to Know and What Brands to Buy

Kosher Pet Food: What to Know and What Brands to Buy

If you keep a kosher home, does your dog or cat have to eat kosher pet food too? The answer isn’t as simple as a yes or no.

But even though Jewish law only applies to humans, there are certain non-kosher foods that Jewish people are not allowed to derive a benefit from. And that’s where kosher pet food comes in. We spoke to several rabbis to get clarity on what the rules are and put together a short list of kosher cat food and kosher dog food brands to buy if you keep a kosher home.

What Are The Rules on Feeding Kosher Pet Food

Again, your pets don’t need actual kosher food in the same way you do, notes Rabbi Zvi Goldberg, a kashrus administrator for over 20 years at Star-K Kosher Certification in Baltimore, Maryland. “Rather, pet owners who keep kosher are restricted from feeding certain types of food to their pets.”

There are two restrictions, according to Rabbi Goldberg:

The reason these foods are restricted is that, according to Jewish law, Jewish people can’t derive benefit from chametz (or even have it in their house) during Passover nor can they benefit from dairy-and-meat mixtures during any time of the year. And yes, feeding your pet these foods is considered a benefit and is therefore not permitted.

“So it’s not because the pet needs to keep kosher, but because you're deriving benefit from it if you feed them to your pet,” explains says Rabbi Yosef Landa, the rabbinic coordinator of the Chicago Rabbinical Council, a kosher certification agency in Chicago, Illinois. “It’s the owner, the kosher-observant individual, who is violating the kosher rules by deriving benefit from the non-kosher pet food.”

What Is Considered Kosher Pet Food

As explained above, kosher dog and kosher cat food are essentially grain-free foods (at least during Passover) that don’t mix dairy and meat from cows, goats, sheep or lambs.

Not sure if a certain pet food qualifies as kosher? Here are some ways to find out:

Kosher Pet Food and Treats for Dogs and Cats 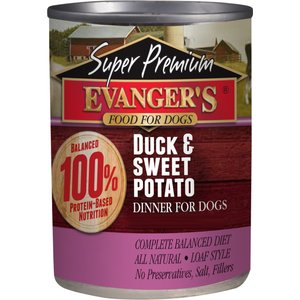 | 100 Reviews | 4.5 out of 5 Stars
$30.24
See Details
Evanger’s makes a number of pet foods that are endorsed by the Chicago Rabbinical Council as being kosher for Passover. In addition to being kosher, this delish duck-and-sweet-potato combo doesn’t contain preservatives, fillers or corn or soy, so it’s sure to become your dog’s favorite.
All Reviews
Show More Show Less 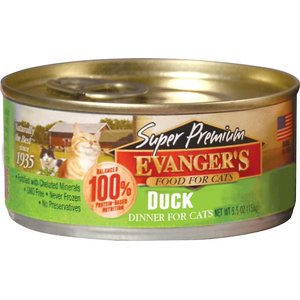 | 16 Reviews | 3.6 out of 5 Stars
$51.99
FREE 1-3 day shipping on this item
Temporarily out of stock
See Details
With Evanger’s grain-free cat food, finicky felines can feast on duck dinners too (just like their canine family members) during Passover. This loaf-style dinner also contains liver, to tempt picky palates, and doesn’t have any fillers, preservatives, corn or soy.
All Reviews
Show More Show Less 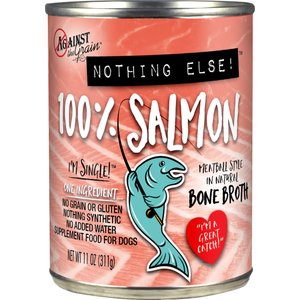 Against the Grain Nothing Else Salmon Canned Grain-Free Dog Food, 11-oz, case of 12

| 101 Reviews | 4.0 out of 5 Stars
$35.16
Temporarily out of stock
See Details
If you don’t feel like poring over a long list of ingredients to decide whether the food qualifies as kosher pet food, try Against the Grain’s single ingredient dinners. Not only is it kosher, but it’s also good for pups with food sensitivities or those on a limited-ingredient diet.
All Reviews
Show More Show Less 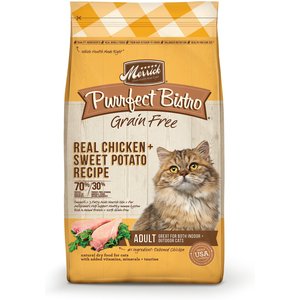 | 259 Reviews | 4.0 out of 5 Stars
$18.98
$21.99
See Details
Kibble can be kosher too if you’re going grain-free. Treat your kitty to a bowl of this recipe from Merrick, considered kosher for Passover by Star-K. It has protein-packed chicken, turkey and peas, along with antioxidants to boost your cat’s immune system and omega-3s to keep your pet’s coat healthy.
All Reviews
Show More Show Less 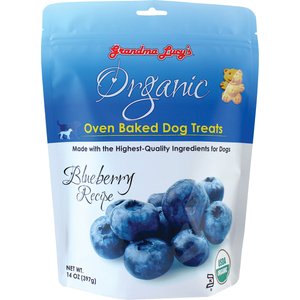 | 176 Reviews | 4.7 out of 5 Stars
$9.44
$9.99
See Details
Certified kosher dog treats are a great way to reward your good boy or girl, at home and on the go. These organic, oven-baked, bite-sized biscuits are sure to please any pup. But these treats do contain wheat, so skip them during Passover.
All Reviews
Show More Show Less
With these kosher pet food and treat options, your precious pet can eat healthy during the holidays and any time of year. And you can rest assured that you’re keeping kosher in your home.