The Maine Coon is a long-haired breed that is native to Maine, where it has been held in high regard for its mousing talents for centuries.

The Maine Coon is one of the largest domestic cat breeds, though it is slow to physically mature. Typically the Maine Coon will not reach its maximum size until it is about 3 or 4 years old. It has strong build with a broad chest and a long rectangular body shape. Its head is triangular with wide-set eyes and large ears, and its tail is long and plush.

The Maine Coon can be seen in a wide variety of colors and patterns, excluding chocolate, lilac, and Siamese point patterns.

The coat of the Maine Coon is long in length and heavy in weight; it is also water resistant.

The Maine Coon is a gentle cat breed with an easygoing personality. It gets along with kids and other pets, and makes a great mouser.

In addition to grooming the Maine Coon’s coat twice a week with a steel comb, you will need to be sure to provide opportunities for regular daily exercise, often in the form of play. Although it is wary of strangers initially, it will grow accustomed to them if given time.

This hardy breed can adapt to a variety of living conditions. It is docile, obedient, and, curiously, attracted to water. So don’t be surprised if you see your Maine Coon taking a little dip.

In order to prevent matting, the breed requires regular grooming.

The Maine Coon is no more prone to a condition than any other cat breed.

Maine Coons have inhabited America for centuries, even during the early colonial period. However, there is very little knowledge of how they first came to the continent. There are many tales related to trace their origin, though the authenticity of these tales is doubtful.

One far-fetched story claims that the breed’s ancestor was a raccoon – which is biologically impossible. Others say the breed was produced by the crossing of the indigenous Bobcat with a domestic cat. Yet another fanciful tale traces their ancestry to the long-haired cats belonging to the French queen, Marie Antoinette. According to this lore, an American captain named Clough rescued the queen’s cats but was unable to save her life; the cats were then brought to America. Yet another narrative is that these cats were brought to the states in the 1700s by an American captain named Coon, who hailed from the Northeast coast of America.

This last tale may contain some grains of truth. Captains of ships often brought cats from foreign lands to counter the problems of mice, which thrived on the ships. On their arrival they may have made their home on the Northeast coast, in Maine. The climate was terrible and only the bravest and toughest cats could survive. The survivors were strong and hardy with a water-resistant coat.

The Maine Coon is one of the first breeds to be officially recognized in the early 19th century; since then it has gained rapid popularity. Mr. F. R. Pierce, who owned Maine Coons as early as 1861, mentioned in The Book of the Cat that a Maine Coon named Leo was awarded Best Cat in the New York City cat show of 1895 and was a consistent winner in Boston in 1897, 1898, and 1899.

The breed’s popularity plummeted in the early 1900s when more exotic cats arrived and became instant favorites. By 1950, the breed had dwindled alarmingly and very few members were left.

A few breeders, however, displayed an active interest in this cat and threw it a life line. They held Maine Coon-only shows and in 1968 founded the Maine Coon Breeders and Fanciers Association.

Thanks to the efforts of its staunch supporters, the breed regained much lost ground and was once again a candidate for Championship competitions. It remains one of the most popular breeds of cat today, with Championship status in all associations. 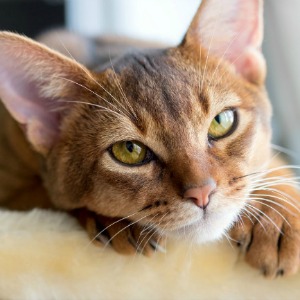