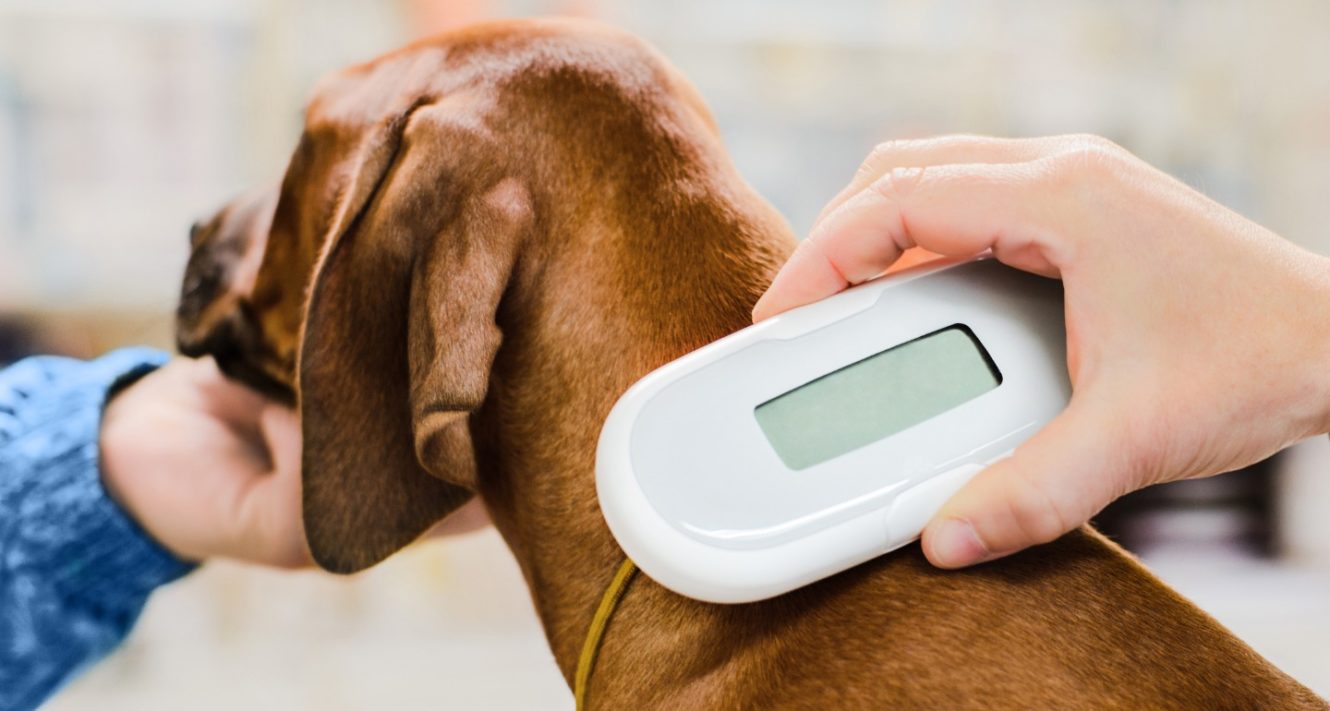 BeWell / Wellness / What Is a Pet Microchip? Here’s How Microchipping Your Pet Can Save Their Life

What Is a Pet Microchip? Here’s How Microchipping Your Pet Can Save Their Life

A pet microchip (a small, electronic chip implanted under a pet’s skin that contains their pet parent’s contact information) can mean the difference between life and death for your beloved pet. If that sounds a bit melodramatic, consider the story of a cat named Dopey.

Born among a litter of seven and raised in Donna Lane-Mills’ home in Sacramento, California, little Dopey fast became the family’s favorite cat. Three years later, he disappeared. Lane-Mills feared she had seen the last of him.

She posted fliers, called animal shelters and spent weeks searching for Dopey, but he was nowhere to be found. Little did Lane-Mills know that the cat had wandered to another town 40 long miles away where a kind elderly woman welcomed him in and cared for him.

Six years later, the woman passed away and relatives delivered Dopey to the local shelter. Because the cat was 9 years old, shelter workers planned to euthanize him—but something stopped them. They decided to first scan the cat for a microchip. As the scanner passed over Dopey’s back, it beeped, and a number appeared on the screen. Workers used that number to identify Dopey’s pet microchip registry, which led them to Lane-Mills’ name and phone number.

“When I checked my voicemail at work, I received the most unexpected message,” Lane-Mills said in a public statement at the time. “They let me know that Dopey had been turned in to a shelter. I had to listen to the message twice. I thought, there is no way he had been found. Dopey had been missing for six years.”

The moral of this story: That pet microchip quite literally saved Dopey’s life.

What Is a Pet Microchip?

A pet microchip isn’t a locater beacon, GPS device, tracking microchip or some kind of Big Brother-inspired secret surveillance gadget. Instead, it’s a tiny rice-sized, glass-enclosed microchip that’s embedded under your pet’s skin. When it’s scanned with a microchip scanner, it reveals a unique number that’s displayed on the scanner’s screen. That magic number can then be entered into the microchipping company’s or pet recovery service’s database, bringing up the pet owner’s contact information that’s on file.

Why Microchip a Dog or Cat?

You might be thinking, “My pet wears a collar with an ID tag, so she doesn’t need a microchip;” “He never runs off and he always comes when called;” or, “That sounds so painful and cruel!” Well, let’s break those down a bit.

First of all, securing an ID tag on your pet’s collar is always a good idea. It’s a quick and easy way for someone to find your contact information and get a hold of you in case your dog or cat escapes your watchful eye. However, what if your dog’s ID tag falls off of the collar or becomes worn or illegible? What if your cat’s collar gets caught on a branch and breaks away, leaving her collarless and ID-less? Wouldn’t it be nice to have a more permanent backup plan—like a pet microchip?

Likewise, teaching your dog or cat to come when called is always a good idea, too. If your dog runs into traffic or toward another danger, a “come” command could prevent her from getting injured or worse! But what if your pal catches a delicious scent and takes off sniffing? What if your dog escapes the unescapable backyard fence, or your cat dashes out the front door and flat refuses to come when called? Again, in cases like these, having a backup plan is a good idea.

Finally, as far as the microchip implant being painful or cruel, the American Veterinary Medical Association reports it’s actually no more painful than receiving a shot: “It is no more painful than a typical injection, although the needle is slightly larger than those used for injection,” the website states. “No surgery or anesthesia is required—a microchip can be implanted during a routine veterinary office visit.”

Plus, studies have shown that pets with a microchip have a much greater chance of being reunited with their owners. For example, researchers from The Ohio State University school of veterinary medicine found that in a nationwide sample of animal shelters, the return-to-owner rate for microchipped dogs was 2½ times higher than the return rate for all stray dogs! [ED: Journal of the American Veterinary Medical Association; July 15, 2009; Vol. 235, No. 2] I’d bet on those odds!

How Do Microchips Work?

Microchips for animals utilize something called radio frequency technology. Inside the rice-sized microchip is a tiny radio receiver and transponder. When the microchip reader triggers the microchip, it responds with a unique bit of data—the microchip number—that it sends back to the reader.

Animal shelters, veterinarians and other organizations that have the microchip reader scan stray or relinquished animals, like Dopey, for a microchip. Once they get that chip number, they’re able to use it to search one of several databases, depending on where the pet parent registered the microchip. The databases store information like the pet parent’s name, telephone number, physical address, email address and pet’s name.

So, if a pet is picked up as a stray, and the shelter worker is able to scan the chip, obtain a chip number and successfully track down the pet parent’s contact information, the pet can then be reunited with their family! Remember, however, that the contact information needs to be kept up to date—so if you move or change your phone number, let the pet microchip registry know right away.

Where Are Dogs and Cats Microchipped?

In most cases, a veterinarian or animal shelter will implant the microchip under the skin between the dog’s or cat’s shoulder blades. They use this spot on the animal because the chip is less likely to migrate from there to another part of the body. Plus, it’s a universally accepted location, which makes it easier for shelter workers to find the chip with a microchip scanner.

The animal care specialist will use a 12- to 15-gauge hypodermic needle to inject the microchip. It doesn’t hurt the dog or cat—it’s no different than receiving a vaccination or other shot—though side effects like tenderness can occur.

Different manufacturers produce different microchips for animals, and each of those companies maintains its own database of names and contact information. When you get your dog or cat microchipped, the veterinary office or shelter will provide you with paperwork that outlines how to register your pet with the chip’s manufacturer. You can also choose to register your pet with one of many pet recovery service organizations that specialize in keeping track of pets and their information.

The American Animal Hospital Association has as online tool that helps agencies determine a chip’s manufacturer. Below, we’ve listed all the microchip companies and pet recovery services that take part in AAHA’s universal database.

How Do I Get My Pet Microchipped?

It’s easy to get your pet microchipped! Simply make an appointment with your favorite veterinarian, take your pal in, and have them ‘chipped. Sometimes shelters or local businesses offer microchipping services, too.

How Much Does It Cost to Microchip a Dog or Cat?

How much to microchip your dog or cat will vary depending on where you live, but you can expect pet microchip costs to be around $50. You’ll also need to pay a one-time or annual fee for the pet microchip registry. Before you choose a particular registry, look at what services it offers, as well as its features, benefits and drawbacks. Be a wise shopper. This is for your four-legged family member, after all!

If your dog or cat goes missing, it can be a heart-wrenching, terrifying experience. But you can increase the chances of getting your pal back home by having him microchipped and logging your information with a pet microchip registry (and keeping it updated!). It’s inexpensive, it’s easy and it’s the best way to be reunited! 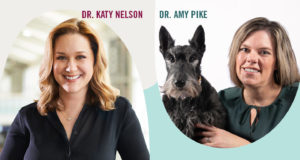 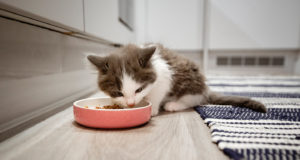 Do You Know How Much to Feed a Kitten? The Ultimate Guide to Kitten Food Portions
Get an idea of how much to feed a kitten and the proper kitten food portions for your young cat so you can keep them healthy and happy.