When Donna Pfeif’s husband died and she became depressed her doctor, like most would, gave her a prescription. However, she didn’t need to go to the pharmacy to fill it.

Pfeif, now 79, rescued a homeless kitty from her local municipal animal shelter near Tucson, Arizona. Unfortunately, the cat became seriously ill and, after a year that led to some high veterinary bills, died.

Pfeif’s depression returned, but she decided she just couldn’t afford another cat. That’s when someone at her veterinarian’s office told her about Hearts That Purr Feline Guardians, a sanctuary that allows some of their residents to be fostered by seniors.

Filling a Need for Rehomed Cats

Jeanmarie Schiller-McGinnis, the president and founder of Hearts That Purr Feline Guardians, was volunteering for another no-kill shelter when she realized that the shelter environment isn’t ideal for many cats. Schiller-McGinnis was also alarmed by the number of people she met who loved their cats but didn’t have anyone they could trust to care for them if something happened to them.

“They planned to have their cat euthanized because they knew if their cat ended up in a shelter, it would be very traumatic for them,” says Schiller-McGinnis. “I also saw older cats grieving in the shelter for their former owner and a lot of them just shut down and gave up.”

That’s when she decided to open a sanctuary for cats who had to be surrendered by people who were going into nursing homes or who had died.

“The rescue I worked with did wonderful work, but there’s a lot of difference between a shelter and a sanctuary,” Schiller-McGinnis says. “I thought that it would be wonderful if there were someplace like a retirement home for cats.”

Schiller-McGinnis opened a sanctuary in 2013 on a former five-acre ranch in two buildings she calls a “group home.” The approximately 20 cats at the sanctuary are mostly elderly cats rescued from animal shelters whose owners went into nursing homes, hospice or had died. Some of the cats have chronic illness and most of them would have been euthanized if left in the shelter.

Once the cats are vetted, they move from the intake building into the larger home, which is divided by glass doors with cats according to temperament and other factors.

“We try to find them the perfect roommates,” Schiller-McGinnis says. The cats usually live out their lives in the comfort of the group home, away from the noisy, hectic environment of a shelter.

As she began running the sanctuary, Schiller-McGinnis and her volunteers noticed that some of the cats might benefit from being in a home environment. She also knew several seniors who said they would love to have a cat, but couldn’t afford the care. Enter: the senior foster program. Since it began, the organization has paired a dozen felines with fosters.

“We retain legal ownership [of the cat] and if necessary, pay for part or all of their expenses such as cat food and litter. We always pay for all of the veterinarian expenses,” Schiller-McGinnis says.

Of course, not every cat, or person, is a good match for the program. The cats must have a good temperament and the seniors, who are typically 55 or older, must be good with cats and must be physically able to care for their new foster.

“We like to have seniors who have had cats before, but that isn’t a requirement,” says Schiller-McGinnis.

The program has given both the cats and the seniors who care for them comfort and, for some, a reason to live. One 94-year old foster who fell and fractured her back got out of rehab in short time in order to reunite with her foster cat, Eddie, Schiller-McGinnis says.

The senior foster program has also allowed Schiller-McGinnis to have more cats in the sanctuary.

“I love to watch her throw her toys and chase them,” Pfeif says. “She makes me laugh and greets me when I come home, just like a dog. She seems to know when I’m not feeling well and she will cuddle up next to me in bed or lay in my lap.”

Kerri Fivecoat-Campbell is a freelance journalist and author who lives in a tiny house with her 5 dogs and husband. 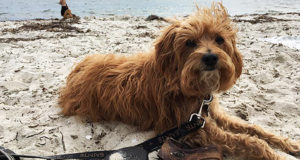 My Three Strays: Learning to Love Feral Cats on Their Terms
When I moved to a new city three years ago, I had no intention of taking on new pets. Three stray cats, however, had other plans.