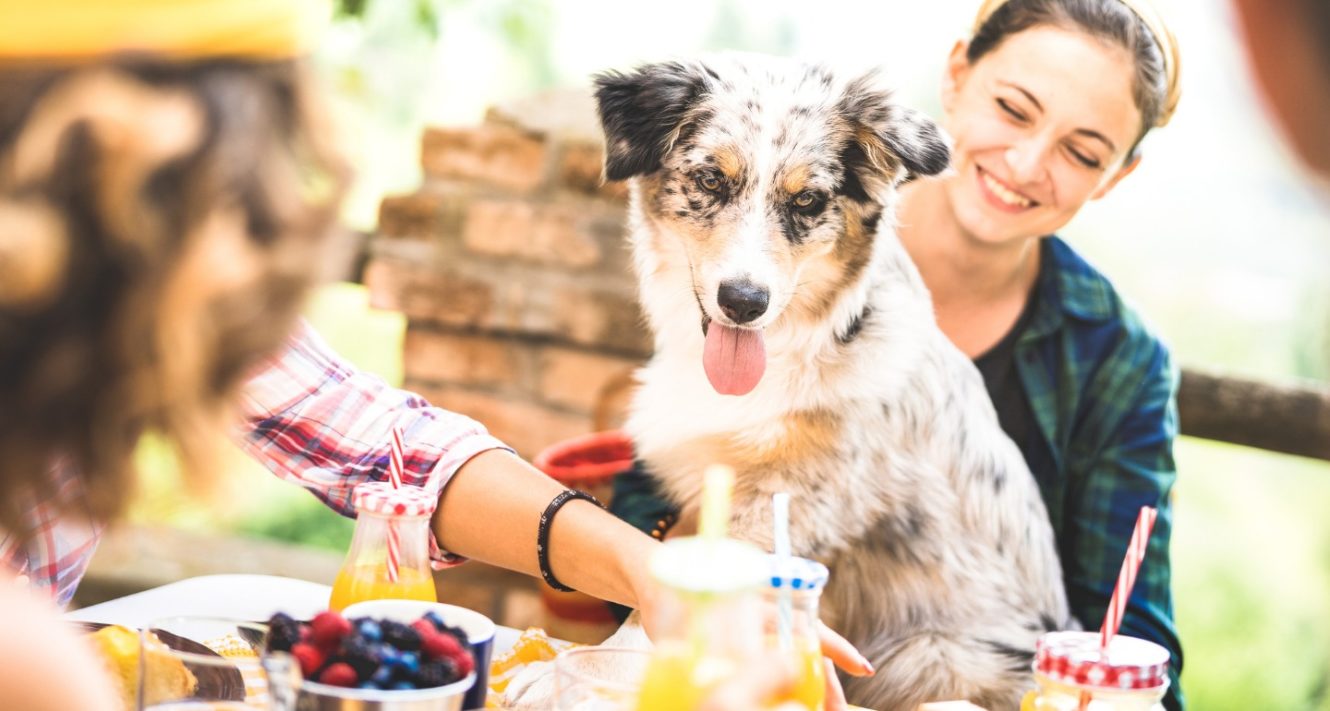 BeWell / Health & Nutrition / Can Dogs Eat Pickles and Other Condiments?

Can Dogs Eat Pickles and Other Condiments?

There’s hardly a more quintessentially American activity than firing up a grill in the summertime, but what’s a gathering over hot dogs, burgers and potato salad if your family dog can’t partake in the fun?

“Barbecues are communal, so being able to have your pets there is part of the fun — for you, for the pets and for any kids present,” says Dr. Charlotte Flint, a senior consulting veterinarian in clinical toxicology at the Pet Poison Helpline.

But with so much food and so many people coming and going, it’s easy for a hungry canine to fill up on human-specific snacks, some of which might not be safe for them to consume in large quantities or even at all.

Meat products are, of course, a concern. Whether it’s bacteria-laden raw meat or fragile bones that can become choking hazards, Flint says dogs should be closely watched or safely secured somewhere if large portions of meat are unattended.

What about other BBQ essentials, though? The things that we spread, smear and snack on in order to complete these delicious summer meals — are they dog friendly? Find out whether or not your dog can have these grilling standbys:

Can Dogs Have Pickles?

Dogs have a lower tolerance for sodium than humans do, so it’s understandable to worry about them ingesting these deliciously briny bites. Thankfully, you don’t need to.

“[Pickles] aren’t a concern for dogs,” Flint says. “You might see some minor stomach problems, which can become more serious if huge quantities are consumed, but nothing in the jar is poisonous.”

Can Dogs Have Ketchup or Mustard?

Flint says there are toxins in tomato plants, called tomatine and solanine, that could pose a problem for dogs, but they’re only present in stems and leaves of ripened tomatoes and green, unripe ones, so ketchup is hardly a concern in this sense.

Most normal brands of ketchup are harmless to dogs if they lick up a spill or chew on a bottle, but for both ketchup and mustard, dog owners should be careful not to buy sugar-free condiments.

“Xylitol is a sugar substitute that can cause low blood sugar and other serious problems for dogs,” Flint says. Ingesting xylitol causes a massive insulin release in dogs, which can cause symptoms like acute weakness and/or vomiting.

If you have to purchase sugar-free condiments for your own health reasons, be sure to check the label and avoid anything with xylitol.

Can Dogs Have Mayonnaise?

While it’s quite fatty, this base for summer salads and classic burger topping is not toxic to dogs when licked off the floor or consumed in small amounts.

If your dog manages to down an entire container, however, Flint says she’ll probably experience stomach problems and may be at risk for pancreatitis, for which a call to your vet is in order.

Mayonnaise is also egg-based, and while most store-bought brands are bottled with a preservative like vinegar to keep them fresh, a lot of homemade ones aren’t.

Can Dogs Have Salsa or Guacamole?

You can dip chips in them or spread them on a burger, but while salsa and guacamole taste different, their toxicity as it pertains to dogs is basically the same: mostly okay with a few cautions.

With salsa, the danger is in the onions and garlic used to make it. In large enough quantities, these can cause serious damage to a dog’s red blood cells. Although these quantities would be difficult to get to through salsa consumption alone, it’s worth calling your vet if you see or suspect that your dog has eaten a large amount of salsa.

As for guacamole, the avocado’s fattiness isn’t as much a problem as its large core can be for dogs. “The pit is not digestible and tends to cause obstructions,” Flint says.

Can Dogs Have Corn?

While corn itself is okay, corn on the cob should be avoided.

“While they’re not poisonous, corn cobs are a big concern,” Flint says. “They’re notorious for causing obstructions in the intestines.”

She adds that many dogs will snatch corn cobs (and other food items) out of unattended garbage bags or cans either the day of a barbecue or even a day or two later.

“A lot of people who call in to the Pet Poison Helpline say they were very careful during the food service, and that usually means they’ve left a big trash can out for their guests to throw things in.”

Can Dogs Have Fruit Salad?

“Apples and watermelon are favorite treats for many dogs,” Wismer says, but any fruit salad with grapes or raisins in it are not safe for canines.

Grapes and raisins can cause kidney failure in dogs, Flint says, and ingestion or suspected ingestion — which might manifest itself within a few hours as vomiting, lethargy, and/or not urinating — of grapes or raisins should prompt an immediate call to the vet or a veterinary toxicity specialist.

John Gilpatrick is a freelance writer who thinks bunnies make the best pets.

Why the ‘Alpha Dog’ Philosophy Doesn’t Work
The idea that dog owners need to establish dominance over their dogs through heavy-handed physical means has been around for far too long.
Up Next 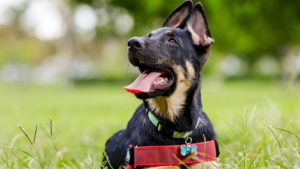 Tips to Prevent and Eliminate Halitosis in Pets
You come home from a long day at work so excited to see your loyal, dedicated, unfaltering best fur baby friend that has been waiting patiently all day to see you.