My 15-Year-Old Cat Is Losing Weight

Weight loss despite a normal or exceptionally good appetite is often a sign of illness, the most common one being hyperthyroidism. This is a condition in which the thyroid gland in the neck produces excessive amounts of thyroid hormone. Other clinical signs, such as increased water consumption, vomiting, diarrhea, restlessness, etc., may or may not be seen.

Diabetes is another illness in which cats lose weight despite an excellent appetite, however, most of these cats show a dramatic increase in thirst, and you report that your cat is drinking the same amount of water, so diabetes is lower down on my list.

Gastrointestinal cancer has to be considered in an older cat. Intestinal lymphoma is a common disorder in senior cats, with weight loss being the most prominent sign. While most cats with intestinal cancer show a decreased appetite, some cats show a normal or increased appetite; as cancer cells infiltrate the intestinal tract, absorption of nutrients across the intestinal wall may be impaired. The body acts as if it is starving, despite a normal appetite. The appetite might even increase, as some cats try to compensate for the decreased nutrient absorption.

You need to take your cat to your vet and have some blood tests performed, as well as a good physical exam.

Hyperthyroidism is usually easily diagnosed with a simple blood test, and is very treatable. In fact, it is curable.

Diabetes is treatable with diet and insulin.

Gastrointestinal cancer is a little more difficult to diagnose, requiring more advanced diagnostics such as abdominal ultrasound, endoscopy or surgery. Lymphoma, the most common cancer, is often responsive to chemotherapy. Low-grade lymphoma, a less aggressive form, actually has a pretty decent prognosis, with cats often living 18 to 24 months on oral medication. High-grade lymphoma usually responds to chemotherapy, but the length of remission is much shorter as compared to low-grade lymphoma. 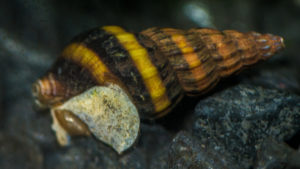