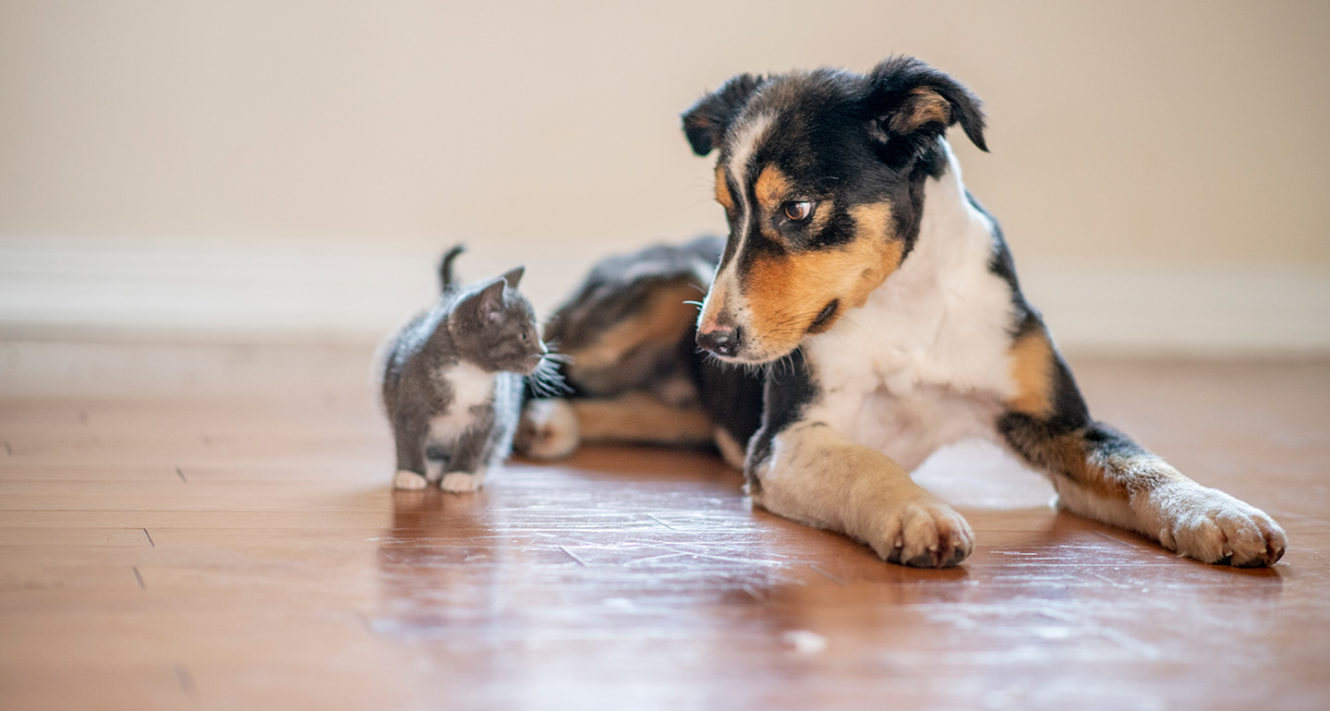 BeWell / Wellness / Is This Normal? My Cat Is Afraid of My New Dog

Is This Normal? My Cat Is Afraid of My New Dog

I’m the proud parent of a sweet kitty named Paul. Recently, I adopted an equally sweet puppy named Norm, but anytime my cat gets anywhere near Norm, he freaks. Is this normal? Is there a way to add a dog to my family without completely stressing Paul out?”

A:When it comes to how to introduce cats and dogs, the short answer is: carefully. That’s because, unless a cat was raised from kittenhood with dogs, the odds are high that the cat will be fearful of dogs.

Why’s there so much drama between cats and dogs, anyway? It may be because cats are both predators and prey. While they may attack smaller animals, such as mice and birds, they can also be attacked by larger animals, such as—you guessed it—dogs. So, cats who weren’t raised with dogs usually assume dogs are out to get them—and many dogs do chase and even grab and injure cats, so it makes sense for cats to feel that way!

To introduce cats and dogs in a way that minimizes risk and stress for everyone, the first rule is to take things very slowly. The pace of training may seem slow to you, but if you rush things, you’ll get nowhere fast. It’s also generally best to start indoors, in an environment you can control completely.

How to Introduce Cats and Dogs

Begin by completely separating the cat and dog.

It may seem counterintuitive, but the best way to start introductions is by keeping your pets apart. Section off your home into a “cat area” and a “dog area,” so each pet has a place of their own. Make sure a solid door separates the two areas, and be careful when opening the door to avoid unexpected encounters. It’s best to put a pet gate, like the Regalo Easy Step Extra Tall Walk-Through Gate, in the hall outside the door or even in the doorway. That way, both the door and pet gate would have to be open at the same time for either pet to get into the other’s space.

Next, start a scent exchange.

Put towels where the dog and cat sleep. Each day, switch the towels so the cat sleeps on the towel the dog slept on the previous day, and vice versa. Do this for at least a week. This will help both pets get used to each other’s smells.

Start careful exposure through a barrier.

Now that the cat and dog are familiar with each other’s smells, it’s time to get them used to hearing each other. You’ll need two people for the next few steps, so enlist a friend or family member if you live alone.

Have one person with the cat on one side of the closed door, and the other with the dog on the other side. Each person should do something fun with their pet. For example, you could do treat training with the dog, or play with a tug toy or a flirt pole like the Outward Hound Tail Teaser. For the cat, try a Frisco Bird Teaser or other toy, or if your cat likes , do treat training with your cat, too! The idea is to get both pets enjoying themselves, while also hearing the other pet beyond the door.

Good training goals to work on with your dog during this period are coming when called, eye contact (AKA “watch me”), and “leave it”—all three will come in handy when the cat and dog are in the same space together later on.

At first, one or both pets may be too distracted by the sound of the other pet to play or eat treats. Keep practicing—with the door closed and both pets having fun—for as long as it takes for both pets to be completely focused on the game or the food.

Next, do exposure through a partial barrier.

Put a towel over the pet gate you set up, open the solid door, and do the same thing as in Step 3, but with the towel-covered pet gate as the barrier. Each day, move the towel so the dog and cat can see more of each other, while they continue to play or get treats. Change the position of the towel in small increments, as long as both the cat and dog continue to stay calm and focused on the treats or game. It may take weeks until both pets are able to stay calm with the towel completely gone, and that’s OK!

Try playtime/treats in the same area.

Now that the cat and dog can each play or get treats without being stressed while seeing each other through the pet gate, it’s time to have them in the same space. Make sure your dog is on leash so you can keep him from getting too close to the cat. Imagine that there’s a line separating the room into halves, and use the leash (if necessary) to make sure the dog stays on one side of it. (If the cat chooses to get close to the dog, though, that’s fine.)

Just like before, play or train both the cat and the dog, and make sure they can focus on you instead of the other pet. Remember, you can call your dog to you, ask him for eye contact, or tell him to leave it if he gets too interested in the cat!

When Can I Let My Pets Loose Together?

There is always a risk when cats and dogs are together, but if you go through the above protocol and your dog shows no signs of wanting to chase or attack your cat, you can allow them to be loose in the same space. Just be sure, especially at first, to have the dog dragging a leash in case you need to grab him quickly. Also, put up cat shelves or cat trees so the cat can escape to if the dog gets too pushy.

When it comes to how to introduce cats and dogs, remember these key points:

Many cats and dogs can become good friends in time, and the sooner you get started, the sooner they’ll be able to enjoy each other’s company.

By: Irith Bloom, CPDT-KSA, CDBC
Irith (pronounced "Ee-reet") Bloom is faculty at Victoria Stilwell Academy and a certified animal trainer with multiple certifications, including CPDT-KSA, CDBC, VSPDT, KPA CTP, and CBATI. She's certified in TAGteach, a positive reinforcement method for coaching humans. Her company, The Sophisticated Dog, LLC, offers training on the west side of Los Angeles for a variety of pet animal species. She presents at conferences and seminars worldwide and her writing has been published in print and online. In her free time, she volunteers for the Los Angeles County 2020 Healthy Pets Healthy Families Coalition, Wallis Annenberg PetSpace, and National English Shepherd Rescue. She shares her home with a rescued English Shepherd named Franklin and her husband Aaron (not a rescue). 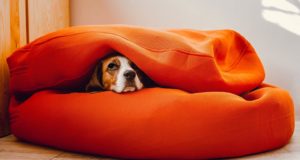 Watch for These Signs of Stress in Pets
The signs of stress in dogs and cats can be confused with other illnesses, so speak with your veterinarian if you notice any of the following signs.
Up Next 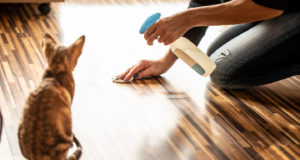 Tips for Keeping Your Pets Safe Around Cleaning Products
Follow these tips to keep your home clean and your pets safe from harmful chemicals.