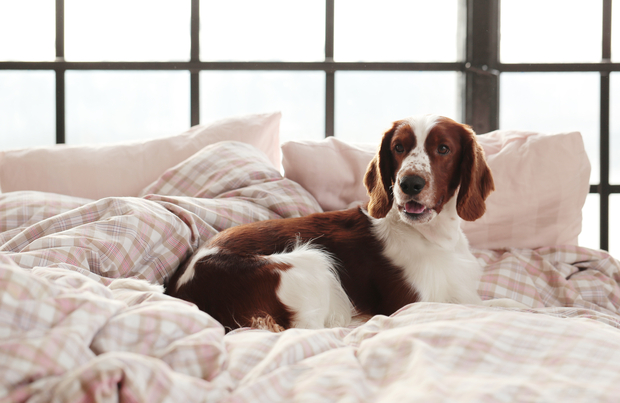 7 Types of Bacteria Pets Can Track into the House

Bacteria can be a scary word – especially for pet owners. A noteworthy 2013 study found that homes with pets had not only a higher number of bacteria in them but also a more diverse range of species. Fun.

Before you sound the alarm, however, it’s important to recognize that not all bacteria are dangerous.

“The vast majority of bacteria harbored by pets pose no threat to humans and may [even] have a protective role against the development of allergies,” says Dr. Amesh Adalja, an infectious disease physician at the University of Pittsburgh Medical Center.

He adds that pets can pick up bacteria at birth, through interaction with humans and other animals, as well as from the environment, and while it is not advisable to overly try and sterilize oneself, it is helpful to be aware of potentially harmful effects of these bacteria.

Here are seven types of bacteria that pets can track into the home, and some tips for protecting yourself.

Let’s start with one you’ve probably heard of: Salmonella. While we commonly associate Salmonella with raw meat or eggs, we can also contract it from pets, whether they’re infected or simply carriers.

“[Salmonella] can spread to humans through contact with feces of an infected dog,” says Dr. Sue Lowum, assistant clinical professor of veterinary sciences at the University of Minnesota. This contact can come via your dog’s waste or other waste they track in – so be vigilant about cleaning paws and keeping yards tidy.

Infected pets may not show symptoms, though diarrhea is common in dogs. If contracted by humans, Lowum says that Salmonella can cause diarrhea, vomiting, fever, or abdominal cramps. For keeping this nasty bacteria at bay, Lowum and Adalja offer the same advice: frequently wash your hands with soap and water, particularly after touching your pets.

Campylobacter,a strain of bacteria similar to Salmonella, is one of the most common causes of diarrheal illness in the United States, according to the CDC. According to Lowum, the two easiest ways to contract Campylobacter are through raw foods or contact with dog or cat feces.

Campylobacter causes diarrhea in both pets and humans, and illness in humans usually clears up within ten days, though the CDC says that more serious consequences can potentially result. To prevent infection, regularly clean up your yard so your pet won’t walk through any waste, and monitor them on walks.

Bacteria can collect in areas frequented by the particular pet, Adalja says, so pay attention to areas of the home where dirty pets spend their time and clean them more often. As with Salmonella, prevention by washing your hands frequently and vigorously is always a good idea.

Leptospira, a strain of bacteria found in urine, can also be brought home by our four-legged friends. According to the American Veterinary Medical Association (AVMA), Leptospira can cause the disease Leptospirosis in humans and animals, and dogs are particularly susceptible.

“We see multiple cases of Leptospirosis in dogs every year at the University of Minnesota Veterinary Medical Center,” Lowum says, adding that the disease is  “transmitted through mucous membrane contact with contaminated water or urine from an infected animal.”

In rare cases, Leptospirosis can lead to liver or kidney failure in dogs. Since dogs may not always show symptoms, it’s important to take them to the vet regularly for checkups, according to the AVMA. The AVMA also advises pet owners to be aware of dogs’ activities: don’t let them drink from bodies of water and be mindful of potential contact with animal carcasses or wildlife. For your own safety, avoid contact with your pet’s urine and thoroughly disinfect after any in-house accidents.

The CDC states that MRSA can be spread through skin-to-skin contact with an infected person or animal. According to the AVMA, while it is most common in dogs, cats and birds can contract it as well – and it often enters the body through a wound.

Therapy animals are considered a higher risk for MRSA due to the fact that they often visit health care settings and nursing homes where the bacteria are more commonly found. Symptoms of MRSA in people include red, swollen, or otherwise irritated skin, and possibly a fever, and infection is especially dangerous to those with compromised immune systems.

Dogs can transfer the bacteria to people, Lowum says, and they may carry MRSA without showing any signs of disease, though possible signs are hair loss, redness, or the appearance of a rash. If you suspect your pet may be infected, she advises taking them to see a vet immediately to prevent further spread of the disease.

Streptococcus bears many similarities to Staphylococcus, and may sound familiar (it is the bacteria that causes strep throat and meningitis in humans), though the most common strains are not usually spread by pets, according to the CDC. Streptococcus canis, or group G, is the one pet owners need to be aware of.

Adalja says that this type of bacteria cause a range of infections, but often involve the skin. He stresses that Streptococcus bacteria are present on humans as well as many pets and, in most cases, are harmless.

A 2012 study inVeterinary World says that dogs can contract this bacteria by close contact with infected dogs, through shared bowls and bedding and rough play. The study also says that dogs who are frequently handled, travel long distances, and may be under stress (like show dogs) are most at risk.

The most dangerous (and rare) disease stemming from Strep G is Canine Streptococcal Toxic Shock Syndrome, which progresses quickly, causes weakness and inability to move, and requires immediate attention. Signs of more minor strep infections include abscesses or infected wounds, and can be treated with antibiotics by a vet.

One of the most common ways pets can bring bacteria home is via ticks – everyone’s least favorite forest denizen. The most well-known tick-borne bacterial infection is Lyme disease, but other notable diseases are Erlichiosis, Anaplasmosis, and Tularemia.

While tick-borne diseases can only be transmitted by tick bites and not by pets themselves, Lowum says that “if a [pet] brings home an infected tick, the tick could potentially fall off and infect a person.”

According to the CDC, symptoms of tick-borne disease in humans usually include headache, chills, fever, and muscle aches; in pets, look for lethargy, swollen joints and loss of appetite. If left untreated, Lyme disease can affect the heart and nervous system.

“To help prevent Lyme disease and other tick borne illnesses, we recommend using monthly flea and tick prevention on your dogs and trying to avoid tick infested areas,” Lowum says.

Pasteurella is a type of bacteria found in the mouths and upper-respiratory tracts of cats, and to a lesser extent, dogs. Though usually harmless to animals, it can occasionally cause skin, ear, nose, and eye infections when passed via a bite or scratch. It can also spread to humans, who experience a more severe reaction.

“Pasturella can be spread through a bite or via licking,” Adalja says. “It can cause an infection of the skin and soft tissue that can progress rapidly and need surgical drainage.”

Bites are by far the most common way to contact Pasteurella. If you experience severe skin inflammation within twenty-four hours of being bitten or licked, it’s time to get to the doctor. Luckily, if caught in a timely manner, the infection can be treated with penicillin.

Maura McAndrew is a freelance writer based in Oklahoma. She also writes for Paste Magazine and HelloGiggles.