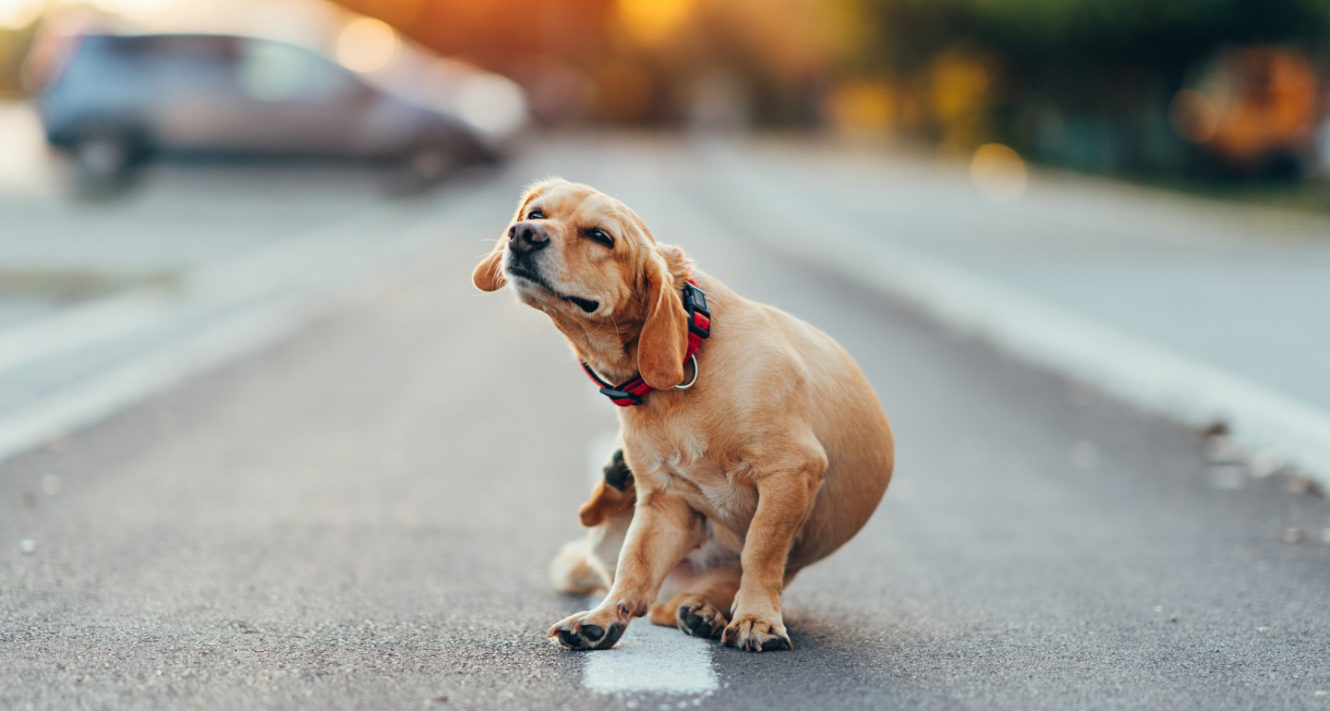 BeWell / Wellness / Beyond the Itch: 6 Flea Diseases in Cats and Dogs

Beyond the Itch: 6 Flea Diseases in Cats and Dogs

No one likes to see a beloved pet scratching away at their fur and skin. But if you think fleas are just a nuisance, think again. These pests can actually cause a number of flea diseases in cats and dogs—and transmit some of those diseases to people.

Wait, you’re thinking, can fleas really cause disease in dogs and cats? It’s true: Like ticks, fleas cause harm through parasites that they carry, transmitted through bites or other routes. Flea saliva itself can even cause problems in both dogs and cats. Here are 6 flea diseases in cats and dogs that all pet parents should know about.

What it is: One of the grossest, most easily noticed diseases in dogs and cats, tapeworms are contagious to dogs, cats and humans, and are transmitted via the lowly flea. In order to become infected with this flea disease, dogs, cats or humans must ingest a flea that is infected with tapeworm larvae. Cats and dogs usually ingest these fleas while grooming; less commonly, humans become infested by ingesting a flea on accident. Tapeworm larvae hatch from the infected flea, attach themselves to the intestine, feed off the host and reproduce. Tapeworms are usually noticed when they release egg packets called proglottids that leave the body via the dog’s anus, and look like little grains of rice.

Tapeworms are eliminated by administering the broad spectrum dewormer praziquantel. Praziquantel is usually an oral medication, but it also comes in injectable forms, and is available by prescription.

What it is: FAD for short, flea allergy dermatitis is an intensely itchy skin disease due to an allergy to flea bites. Afflicted dogs and cats can be so itchy that they scratch their skin raw. Affected pets can be so sensitive that the bite of just one flea can cause intense itching and scratching!

Treatment of FAD consists of stopping the itching with an injectable or oral steroid medication or the allergy medication ApoquelTM; treating any skin infections with antibiotics either orally, topically or both; and eliminating any fleas on all pets in the household, even the ones that aren’t allergic to flea bites.

What it is: Puppies, kittens and very small adult dogs and cats can be so heavily infested with fleas that they become anemic, which means that they have a low blood count. Fleas are bloodsuckers, and small pets don’t have as much blood to give, putting heavily infested pets at risk for anemia.

Most of the time, eliminating fleas is the first course of action. Severely affected pets may require a blood transfusion.

What it is: This flea disease in cats has many names, including:

Whatever you call it, this disease is spread by fleas and can threaten your cat’s life. In this disease, parasites live and reproduce on a cat’s red blood cells, until the immune system recognizes the foreign invaders and launches an attack against the cat’s own red blood cells. This causes anemia via destruction of red blood cells. Cats become infected after being bitten by fleas infected by the parasite.

Treatment for this disease requires antibiotics: tetracycline, doxycycline or enrofloxacin are all used. The immune system must also be suppressed with immunosuppressive drugs to stop it from destroying red blood cells. Cats who are severely anemic may require a blood transfusion.

What it is: Also called Carrión’s disease, trench disease or bartonella infection, cat scratch fever affects over 40 percent of cats at some point during their lives. Kittens are more susceptible. The disease is caused by bacteria called Bartonella henselae that infects fleas. When cats groom themselves, they can get infected by ingesting flea feces from infected fleas.  Cat scratch fever affects cats and dogs, and can also be transmitted to humans through scratches or bites from infected cats.

While all of the above are common symptoms of cat scratch fever, some cats are asymptomatic, meaning they show no signs of the disease at all.

Cat scratch fever is treated with antibiotics. Antibiotics, which could include amoxicillin, doxycycline, enrofloxacin or rifampin, must be given for a minimum of 4-6 weeks. However, no antibiotic has been established to completely clear the bacteria from the bloodstream. Because of concerns surrounding the extended treatment time and the possibility of antibiotic resistance, treatment for this flea disease in cats is only recommended in pets who have symptoms.

What it is: While rats are the main hosts of the flea species that carries Rickettsia typhi, the bacteria responsible for murine typhus, cats who come into contact with rodent hosts can transmit the disease to humans. Fleas usually poop when they bite (gross, I know). Typhus is transmitted by flea feces infecting broken skin where a flea bites. This disease is rare in the United States, found in hot humid areas, and has mostly been reported in Texas and Southern California. While murine typhus does not affect cats, infected cats can transmit the disease to humans, causing fever, body aches, nausea and more unpleasant symptoms in infected people.

Treatment is aimed at eradicating flea infestations from your cat, and keeping fleas off your cat.

The bad news is this: Yes, fleas can cause disease in dogs and cats. But here’s the good news: All the flea diseases mentioned in this article require fleas to transmit, and fleas can be completely prevented with effective flea control. Talk with your veterinarian about the best flea control options for your pets.

By: Dr. Sarah Wooten
Dr. Sarah Wooten is a practicing veterinarian, certified veterinary journalist, author, speaker, landlord, tea tavern owner, mom and warrior goddess. When it is time to play, she can be found either skiing in Colorado, diving a coral reef or triathlon training with Team LC. 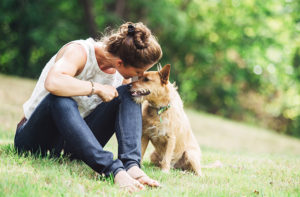 7 Common Behaviors That Worry All Dog Parents
Some of the most common pet parent anxieties are much more common than you think.
Up Next

How to Deal With a Jealous Dog
Learn about what to do if you have a jealous dog, and what you can do to stop any dog aggression that may result from jealousy.