Action star Gerard Butler went to Bulgaria to film a new movie and came home with a new best friend, a stray dog that he encountered while on set. “Thankful for a new wee doggie in my life,” Butler wrote on his Instagram page on Nov. 22, 2017.

“She was a stray while I was filming up a mountain in Bulgaria. Stole my heart.”

https://www.instagram.com/p/Bb0AGZalnyB/?taken-by=gerardbutler The star of “Geostorm” is an obvious dog lover. He fell in love with a Pug named Lolita that he spoke about during an interview with talk show host Seth Myers, according to Film News.

“She’s a little Pug and she’s beautiful,” Gerard said at the time. “It’s weird because I never thought about (how small she was) when I got it, and I fell in love with it and basically adopted it.” Butler also posted a photo back in July of him lying on the grass with another dog, simply captioned: “Snuggle time.” ​

No word yet on the name of Butler’s new dog, but we can’t wait to see more of her in the future! 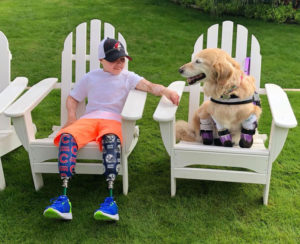 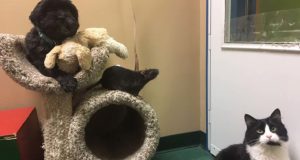 A Dog, a Cat and a Rat Prove That Love Comes in All Shapes and Sizes
A cat, a rat and a dog all living together under the same roof? One unlikely trio proved that it was more than possible.