What Causes a Cat Attack?

Many of us have been the victims of a cat scratch or a cat bite at some point. I still have a vivid memory of the day I walked into a client’s home and put my bag down on a desk next to her cat, only to have the cat suddenly growl and dig his claws into the back of my hand. The cat and I generally got along well, so I have to assume he thought my placing the bag that close to him was an attack of some sort.

In certain cases, cat attacks are pretty easy to explain. They can happen when we pull cats away from things they like, for example, or when we do something the cat perceives as threatening (as in the case above). In other cases, though, it’s a little harder to figure out what triggers a cat attack.

Cat behavior problems can seem very mysterious. In some cases, cats hiss or growl to let us know they are agitated before the situation escalates to a physical attack, but not always. Body language is a cat’s primary tool of communication, but all too often, we humans don’t know how to read those signals—or we simply fail to notice them. If I had been paying closer attention to the cat when I put that bag down, instead of looking at my human client, I probably would have seen a whole set of behaviors warning me to keep my distance. Instead, I was focused on something else, so I paid the price.

Cats are sensitive creatures with a range of emotions that are often hidden quite well. And although we sometimes forget this (especially with indoor cats), cats are hunters. Some cat attacks have to do with the cat’s hunting instinct. I knew a Maine Coon once who thought moving feet were the best prey ever. Other cat attacks are caused by fear or discomfort—you could call this kind of behavior “self-protective aggression.” Other cat attacks are not-so-ideal efforts to engage in play. So what’s a human to do?

Learn to Read the Signals

The first step is to learn to read cat body language. Most people who live with cats already do this instinctively to some extent, but it can help to focus consciously on what you are seeing. A relaxed cat will have almond-shaped pupils and ears that tilt gently forward. The cat’s back will be more or less level. The tail will be straight up in a greeting posture, sometimes with a slight upside-down “U” at the tip. The tail may also sway a little side to side. The muscles will look relaxed. When the cat is lying down, the feet and tail will be in a relaxed position, rather than held tightly against the body. The cat’s face will be relaxed, and in most cases, the cat’s mouth will be gently closed.

A stressed cat, on the other hand, will tend to have round pupils that are larger than normal, ears that tilt to the sides or are pinned back, and an arched back—in extreme cases, in “Halloween cat” pose. The tail and feet may be kept tight next to the body or even tucked under the abdomen. The cat may be growling or hissing. Stressed cats often crouch with their muscles tense. After I got scratched that day, I realized the cat had been showing almost all of those stress signs, in fact.

How to Prevent a Cat Attack

If your cat is showing signs of stress, like my client’s cat was that day, it’s much more likely to attack you. With a stressed cat, the best way to avoid being scratched or bitten is to give the cat space. It really is that simple; just leave your cat alone when it’s stressed (or in my case, put your bag down somewhere else.) Many people don’t give their cat space until he hisses or growls, but if you back off when you see subtle signs of stress, you are much less likely to be the victim of a cat scratch or a cat bite.

For cats who are attacking because your movement triggers a predatory response, experiment to see what kinds of movement are most likely to result in a cat attack. Do your best not to move that way around your cat, and then give him an outlet for the predatory behavior by playing with a toy like the Cat Dancer Cat Charmer Toy. These kinds of cat toys give him something other than your body to chase and pounce on; they work wonders for cats like that foot-hunting Maine Coon.

Another good option is the Petlinks Mystery Motion Cat Toy, which gives your cat a play outlet even when you don’t have time to interact with him. If your cat is getting enough predatory exercise, he’ll be much less likely to attack you. With proper play, his urge to chase and pounce will be satisfied, and you will no longer be the target of that behavior.

Some cats have simply never learned to play appropriately with humans. They are used to tussling with humans the same way they would with another cat, and since they have claws and teeth, these tussles can be pretty uncomfortable for us. The toys listed above can be great tools for these cats, too.

I also recommend that all my clients avoid rough play with cats, especially the kind that involves pushing the cat around with one’s hands or feet, since that will tend to teach the cat to grab onto people’s arms and legs. Use a toy instead of your hands or feet, so your cat can play without scratching or biting you.

In most cases, cats who attack are not aggressive; they are simply understimulated or scared. By learning to read your cat’s body language, and giving your cat productive ways to use his predatory energy, you can prevent most cat attacks. 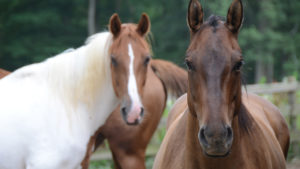 Horse Colic: Symptoms and Prevention
Prevent horse colic with these horse care tips. Keep your horse at his healthiest and happiest with these equestrian supplements and gear.
Up Next 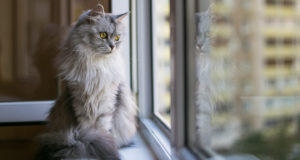 How to Convert Your Outdoor Cat Into an Indoor Cat
Learn how to effectively convert your outdoor cat to an indoor cat with these tips. Maintain a happy cat with these cat toys for indoor cats and cat nutrition guidelines.