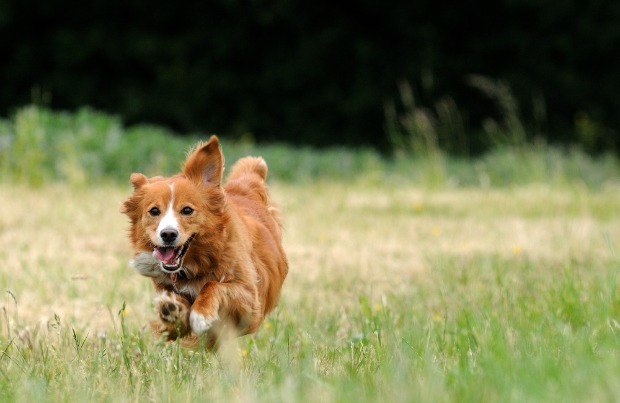 Not all dogs are born with the need for speed, at least not in the same way that some pups seem to derive the most pleasure when they’re running full force towards their goal.

You may think your dog is fast, but does his breed qualify him as one of the fastest dog breeds there is? We tapped American Kennel Club Vice President Gina DiNardo for a little bit of info on the top ten fastest dog breeds, and why exactly they’re built for maximum speeds. Find out if your speed racer makes the list.

It’s probably no surprise that the sleek Greyhound tops DiNardo’s list of fastest breeds. As a sighthound specifically bred to hunt running game, the Greyhound is a medium-build breed whose form also contributes to its speediness. “The breed’s narrow, aerodynamic skull and shock-absorbing paw pads help it achieve such high speeds,” DiNardo says. If you’re considering taking a Greyhound home to your family, be prepared to provide your speedy dog with all the running room he or she needs to remain happy.

A member of the hound group, the Saluki is known for its gentle, dignified nature and its independent way of thinking, but they also happen to have tremendous speed.

“The breed was used by the Arabs to track and bring down gazelle, the fastest of the antelopes,” says DiNardo. Just one look at the breed and you can tell their form helps lend speediness to their nature, as well. Grace and strength help make your Saluki a natural athlete, too.

With a name like Whippet, how could this breed not be fast? In fact, “the Whippet is extremely fast [and is] capable of reaching speeds up to 35 m.p.h.,” DiNardo says. As a medium-sized sighthound, the Whippet is the fastest domesticated animal of its weight and was originally bred to pursue and catch small game.

Although speed might not be the first thing you think of when it comes to Dalmatians, but according to DiNardo, the Dalmatian has a strong working and sporting heritage and they happen to be very fast.

“The breed has great speed and endurance,” she says, “which made it perfectly suited for its original job as a coach dog galloping alongside horses.” While their working heritage may have been well known in the past, these days, most young kids are apt to ask their parents for a Dalmatian puppy after becoming familiar with them in the children’s classic 101 Dalmatians. If you think your family is ready for one of these pups, just remember that daily exercise will be needed to keep this athletic breed well behaved and happy.

As a dog specifically bred for speed, scenting ability, courage and intelligence, the Weimaraner ranks high among the fastest dog breeds. In fact, the breed’s original purpose was that of a versatile hunter in the field where speed was of the upmost importance, DiNardo says. A member of the sporting group, this breed’s streamlined, sleek body also lends itself to quickness.

Although this working group breed is mostly known for its fearlessness and loyalty to its owners, you can add quickness to its list of attributes, as well.

“Doberman Pinschers possess great endurance,” DiNardo says. “Its build, which is compact, muscular and powerful, helps it achieve great speeds.” Obedient to a fault and a generally healthy breed overall, the Doberman makes for a great family pet but they are very active, so remember to keep exercise a regular part of your dog’s life.

As anyone who’s ever been around this member of the herding group will know, when it comes to performing its herding tasks, the Border Collie doesn’t mess around.

“The athletic Border Collie possesses a high drive and is extremely energetic,” DiNardo says. “Its muscular body lends itself to fast running.”

Bred to be an excellent herder, the Border Collie can be identified by its workaholic nature, as well as its agile and athletic build.

One glance at the Vizsla and you can just tell it has running on its mind. “A lean dog with incredible power and drive, the Vizsla is a hunter that is extremely quick,” DiNardo says. “It’s also an active breed that is easily trained.”

This member of the sporting group (also sometimes referred to as a Hungarian Pointer) is affectionate and gentle, but they were bred to work in the field, forest and water, so your versatile Vizsla would do well with some hard exercise thrown into her life for fun.

Don’t let the smaller stature of the Parson Russell Terrier fool you — this breed is incredibly active, alert and energetic. “This tenacious terrier is actually known for its speed and confidence,” says DiNardo. In fact, it’s the Parson Russell Terrier’s size that helps play into its strength and endurance; his small, flexible chest enables him to pursue his hunts underground as well as to keep up with the bigger breeds.

This friendly, noble and smart breed is also known for its grace, power and speed. As a medium-sized dog with hard, clean-cut build, their bodies are well proportioned for fast and free easy movements, and the fact that they are always alert keeps the breed on their toes as well. Although the breed is fast, they are more known to be sprinters and they settle down nicely when brought into a home. 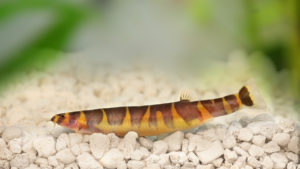 Are You Ready For The Challenge Of Breeding The Kuhli Loach?
Their peaceful disposition, coupled with their ability to wiggle into every nook and cranny in search of food, make them an excellent choice.
Up Next 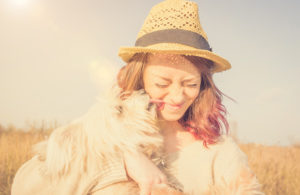