Home / BeSmart / Get Answers / Why Is My Dog Eating Dirt, Rocks and Other Odd Things? Is This Normal?

Why Is My Dog Eating Dirt, Rocks and Other Odd Things? Is This Normal?

Q:I've noticed that my dog is eating non-food things like rocks and dirt. Why is my dog eating dirt? Is this normal?

A: It's not uncommon for your dog to taste-test a little of everything. But it's not normal for them to repeatedly seek out and swallow rocks or dirt.

You love everything about your dog. You love their soft ears, you love how excited they get when they hear any word that rhymes with “walk,” and you love how they’re equally enthusiastic about curling up beside you while you watch terrible mid-00s movies. The only thing you love slightly less is how they’re started trying to eat everything, including dirt, rocks and anything else they can fit in their mouth while you wait to cross the street. (You're also not crazy about having to wipe their tongue off with your bare hands.)

So what gives? Why would a dog be eating dirt and rocks? Are they doing normal dog stuff, or is there something else going on? According to the experts, it depends.

"That's the hard part," says Dr. Katy Nelson, DVM, Chewy’s resident veterinarian. "It could be that you've got a 2-year-old Labrador, and they literally put everything in their mouth, but it could be more than that.”

It could be something called pica in which dogs crave and compulsively eat non-food items—what Dr. Nelson describes as “I'll eat anything” type of behavior. Pica could be due to underlying medical causes or behavioral issues. Or again, your dog could just be using their mouth to explore their world and not actually eating the dirt, rocks or other odd things. Whatever the case, “it's really something that you're going to need your veterinarian's help on determining what it is," Dr. Nelson says.

Why Dogs Eat Dirt, Rocks and Other Non-Food Items

"A dog's mouth is the only part of their body that can grasp things, so picking things up with their mouth is one of the ways that they explore the world and satisfy their curiosity about the objects that attract them by sight, scent or sound—much like a human toddler," Alexandra Bassett, CPDT-KA, the lead trainer and behavior specialist at Dog Savvy Los Angeles, tells BeChewy.

Bassett says it's not unusual for dogs to pick up sticks or rocks, give them an exploratory chomp, and then to spit them back out once they've realized that they're not as delicious as they might've looked.

"It's when these non-food items are eaten compulsively in larger quantities that it becomes a problem, either because the material gets stuck in the digestive tract, or in the case of dirt, it contains chemical pesticides or parasites that are harmful to the dog," she adds. "This condition, known as pica, is not normal and generally requires some form of treatment to resolve."

Puppies and young dogs are more likely to "mouth-test" all kinds of objects, says Amanda Gagnon, CDBC, the lead trainer and animal behavior consultant at Amanda Gagnon Dog Training. That’s because they're still trying to figure out which of those objects could be food or toys.

"Over time, a puppy will learn which objects should be played with, consumed or left alone," she says. "Because we are helping our puppies to develop good habits, it is essential that we give our puppy prompt and gentle instruction during this stage." (See more on that below.)

"A bored dog may find entertainment in playing with non-food items," she explains. "A stressed dog may try to calm himself by sniffing the ground and eating things, including inedible items. A dog suffering from separation anxiety may tear apart bedding and eat it, or pull pens and papers off the counter top and eat those while trying to cope with the panic and stress he is experiencing from the separation."

A variety of medical issues could contribute to this behavior, according to Dr. Nelson, such as:

"Again, you're going to have to seek out your veterinarian's help to figure out if it's just 'my dog's being a goofball and he likes to put things in his mouth' or is he [eating these items] because he feels like he needs to do it," Dr. Nelson says.

They Just Want Your Attention

Dogs may realize that eating rocks or dirt is a good (if gross) way to get their human's attention, and our behavior may inadvertently reinforce theirs. "Dogs have limited ways of communicating to us what and when they need things, so they are excellent at figuring out which behaviors get them what they want," Koval says.

The most important thing to notice is whether or not the dog is swallowing the objects. “A dog who picks up a stick and chews it to bits, but spits out all of the pieces is not putting himself in danger,” Gagnon says. (But if you notice that your dog has swallowed anything, Dr. Nelson advises going directly to the vet's office, regardless.)

When you're ready to work on the behavioral aspects, all three trainers that we spoke to recommend a combination of working to redirect the dog's attention away from non-food items—especially if you're working with a puppy—and ensuring that your home and yard have been successfully dog-proofed. That could be as simple as ensuring that houseplants are kept on high shelves or blocking certain rooms or sections of the yard with light fencing or dog gates. You also might need to consider keeping them on-leash if they’re starting to display some of these behaviors, or having them wear a basket muzzle at times when they can't be supervised.

"Slowly expose your dog to the dirt or rocks on-leash and reward every single behavior he offers that is not eating dirt and rocks," Gagnon adds. "For example, if he sniffs the rocks and looks at you, praise him and reward him with a game of fetch away from the rocks. Do this with repetition, and your dog will learn to offer better behaviors when he is around rocks and dirt and eventually you will be able to trust him off leash again."

Experts also suggest giving your furry pal plenty of appropriate toys to satisfy their urge to chew, and providing enrichment toys or game-based training to give them some stimulating playtime. 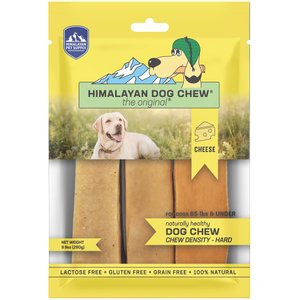 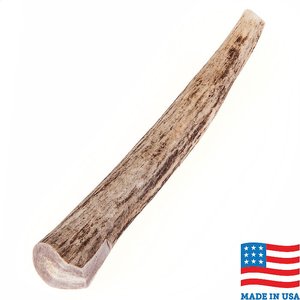 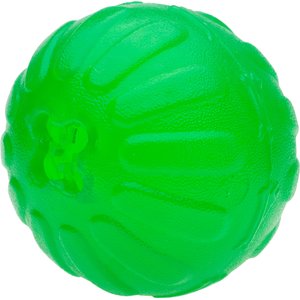 "I also like to provide natural chews and interactive toys in the areas where a dog likes to scavenge to give him something else to do so that he does not go looking for entertainment in inappropriate places," Koval says. "We can also teach the 'leave it' cue to signal to him to not interact with certain items, rewarding your dog with food, toys, or play—whatever your dog loves!—every time he turns away from the item."

And after all of that, you'll probably both be ready for a little chill-out time on the couch.