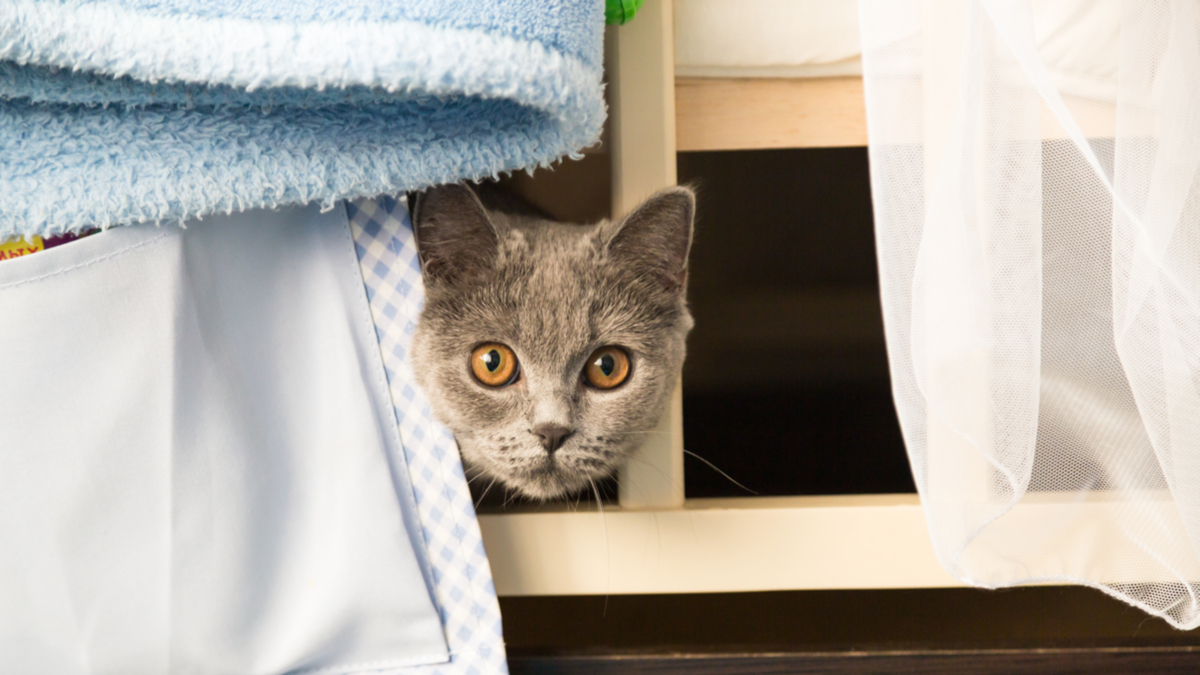 BeWell / Wellness / What Should I Do When My Cat Goes Into Hiding?

What Should I Do When My Cat Goes Into Hiding?

Sometimes, I can’t find my cat anywhere in the house. What should I do?

There are many reasons why your cat might be “out of sight.” It might be hiding, frightened or simply asserting the right to its own space. Many cats will flee if they hear loud noises or if strangers come into the house. If so, chasing after them or calling their names might make them more frightened.

One trick I have learned is that, if they really don’t want to be found, the more you look for them, the more they hide. Sometimes on cat-sitting house calls, I sit quietly and motionless, waiting for missing cats to appear. When they do, I usually am greeted by “deer in the headlights” stares, but at least I know they are inside.

Cats also are very clever at finding places that you would not believe they could squeeze into. On one house call, I finally located a missing kitty way behind some books on a bookshelf (thanks to her tail being in view.) Cats can disappear at the worst times, such as when you are leaving for work. If you simply can’t wait it out, do not overlook any place even if you think it is too small.

Check the back of closets, open dresser drawers, under the stove, radiator, refrigerator and yes, in the chimney. Under the bed always is popular, but sometimes cats get into the box springs by tearing the bottom fabric; so also check for a sagging lump under the bed. If you can’t find them, go to their food areas.

Cats have a strong sense of smell and activity with their cat bowl and cat food odors might trigger an appearance. You might never find all of your cat’s hiding places, and that is just part of living with our independent feline friends. However, as long as you know your cat is safely in the house and not injured, it will come out eventually.

How to Take Care of a Hamster: A Complete Guide
Did you just add a new hamster to your family? Check out this complete guide on how to care for a hamster so you can make sure they are living their best life.
Up Next

Can Dogs Eat Strawberries?
Your dog eats a strawberry off the carpet. Should you be concerned? Not at all. Good news: Strawberries are not toxic to dogs. In fact, you can even let your dogs eat strawberries as an occasional treat.