What’s the definition of a hipster dog name? To answer that, you first have to understand what it means to be a hipster. The term is applied to so many different styles, habits and preferences that it’s become a hazy descriptor for pretty much everything that’s trendy but outside of the mainstream.

Yet, you probably have a notion of what it means to be a hipster: They work at comic book publishing companies and rent studio apartments over juice shops. They have a collection of old-school sneakers, vinyls or VHS movies. Their knee-jerk response to all new music is that “their old albums were better.” And they never take off their large-frame glasses, sometimes because they’re tattooed on.

Hipsters are also highly creative about, well, everything—including naming their pets. Here is a lengthy (but not exhaustive) list of suggestions for hipster dog names inspired by hipsters and the stereotypical things they love.

It sounds good off the tongue, but is less elegant when you think of it as a fancy sandwich sauce.

Give your pup this hipster girl dog name, and instead of telling your dog to “sit,” you can say, “Down, dog!”

For a dog as pretty as a floral pattern in a steamed beverage.

For a dog who you suspect has mind-control powers over you.

The much-admired Associate Justice of the U.S. Supreme Court is something of a folk hero to many young adults, hipsters included. (If you have a cat, go with “Ruth Bader Ginspurr.”)

Her only hope is to be fed dinner early.

This politician became a hipster meme after applauding condescendingly on live TV. An hey, who says that your dog, barking incessantly from your kitchen window until you return, isn’t already the speaker of your house?

We’re all suckers for nostalgia, but for some hipsters, retro is basically a religion.

You could tell everyone about your cage-free dog, or how your backyard technically makes it a “free-range living situation.”

A popular flavor of LaCroix Sparkling Water by this name has been the subject of countless memes and Reddit threads. For the hipster who wishes no association with such crass trends, pamplemousse—the French word for grapefruit—is also a fine dog name by itself.

Not that you’d want a dog bad enough to evoke the double-bladed-lightsaber-wielding Sith Lord from “Star Wars: Episode I – The Phantom Menace”— would you?

Hipsters love a quirky, unexpected spelling, so take this name and make it your own.

If there’s one thing you can count on hipsters to complain about in craft beer bars from Portland, Oregon, to Portland, Maine, it’s this. And just think: You can blame everything your dog destroys on gentrification.

A dealer of men’s clothing, or a dog of man’s doting?

This name has a nice double meaning, given how much hipsters love “Howl” poet Allen Ginsberg and how much dogs love howling at, like, literally anything.

For the hipster with an extensive “Star Trek” collection.

This pattern is obligatory, especially in hipster circles where grunge is an everlasting style inspiration. Just don’t get confused and try to wear your dog as a scarf.

There is, in fact, a brand of Hipster Pomade to help you get that faded-and-combed-over look. And besides, who wants to name their dog Hair Gel?

Is that the mythical creature that haunts the woods of North America? Or is it just your dog, stuck in the bushes?

Meaner than a junkyard dog.

The filmmaker's trademark quirk – plus his unconventional visual style and preoccupation with appearances – has made him a hipster culture icon. Plus, he made that movie, “Isle of Dogs.” 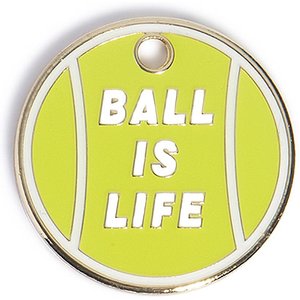 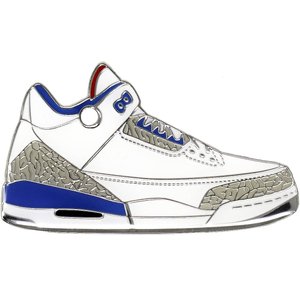 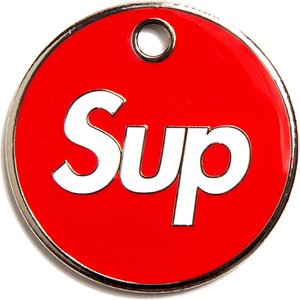 Imagine the comedic possibilities of addressing your dog as if they’re an old-timey English butler: “Here, Niles,” and “That’s a good chap.” We suppose that Alfred and Edmond would also suffice.

This is similar to our “Pomade” suggestion, but more specific to George Clooney’s highly vain character in the Coen brothers’ 2000 film “O Brother, Where Art Thou?” For that reason, we recommend this one for dogs who spend a lot of time grooming themselves.

As old school dog names go, this one has serious vintage appeal. Plus, with a nickname like “Bart,” your dog would be covered in the event that they eat your shorts.

Hipsters love Tesla, probably because he was something like the edgy underground response to Thomas Edison’s mainstream. And if you’re a hipster with loads of disposable income, you can drive your dog Tesla around in your Tesla.

Speaking of Edison, he was the first to reproduce recorded sound with this 1877 invention, making it an extremely OG reference for music aficionados. Also acceptable: Gramophone.

A record collection is one thing, but if you really want to present yourself as someone with exquisite taste in 1980s New Wave, naming your dog after this antiquated-yet-enduring sound storage medium is the only answer.

The English author who pioneered stream of consciousness as a literary device is the perfect inspiration for pet owners who pretend to talk as their dog. And sure, Virginia Wolf also works, but it’s less inspired.

This is too easy. As a hipster, you almost certainly have a side-hustle as a disc jockey, and you’re definitely looking for branding opportunities.

This brand of footwear is popular among men with immaculately groomed beards and opinions about Friedrich Nietzsche. It’s also a pretty slick name for the dog resting at their feet on the barroom floor.

This is a go-to name if you’re the sort of hipster who delights in inducing eye rolls from friends, family and strangers who read your dog’s tag outside the supermarket.

It’s fashionable for hipsters to get their clothes at thrift stores, so naming one’s dog after one of the flagships seems like an obvious move.

Pervasive in trendy coffee shops everywhere, the beanie is a signature piece of headwear for the prototypical hipster. Side note: You could totally buy a hat for your dog.

Similar to the suggestion above, but for the more thoughtful hipster attempting to project the air of a tortured artiste.

Beer, coffee, dogs—it’s all artisan, all the time in a hipster’s world.

Whether they’re headed to the barber, a beer bar or back to their parents’ house, riding public transit is central to the hipster experience.

Let’s hope you’re not as picky about adopting a dog as you are about your triple, iced, soy, no-foam latte.

This probably only works for fans of the Brooklyn-based jam band that goes by the same name—but for those folks, it really works.

Mixing “truly grain-to-glass” cocktails is the default mode for many hipsters, so why not go all in?

Edible legumes have been staples in human diets for millennia, but they only somewhat recently started making a comeback along with beans and peas. And if it’s trendy, it’s in a hipster’s pantry.

If you’re the sort of hipster who believes he’s at the center of the universe, this would be a daily reminder that you’re not—but your dog is.

While this could be a reference to the viral meme of a very concerned-looking Shiba Inu, you could also plausibly assert that your dog is named after the chief magistrate of Venice or Genoa.

This is possibly the most contrarian for a dog, making it a hipster power move.

The Prussian philosopher Immanuel Kant seems strikingly unhip at first glance, but then you consider that his definition of freedom is “independence from being constrained by another’s choice,” and realize he sort of paved the way for all this norm-subverting counterculture stuff.

This is one of those confounding descriptions of beer and wine and small plates that hipsters like to toss around.

If a hipster is someone who shuns the mundane formalities of modern living, then the 1999 movie “Office Space” is their holy text.

We also considered Avocado as a quirky dog name, but Toast has the edge in cuteness.

For hipster dog parents who keep up with the latest music and fashions.

For hipster dog parents who keep up with the latest jam bands.

For hipster dog parents who adore the simplicity of single-gear, two-wheeled transportation.

For hipster dog parents who adore themselves. 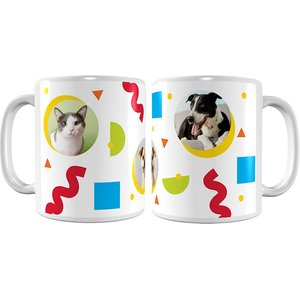 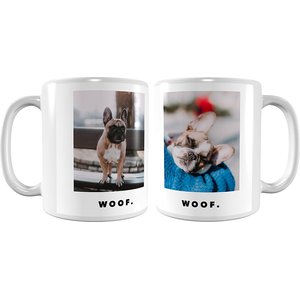 If you disregard the romantic overtones of Fountains of Wayne’s most well-known song, you’ve got a funny name for a dog.

There’s just something funny about giving your dog a common human name. Imagine saying, “Bad, Steve,” and “Does Steve want to go for a walk?” Brandon, Jeff and Tom work, too.

Give your dog this name, and you can tell your friends they won’t need your password to watch “Netflix” while you’re away.

If you take Uber for a ride, let him hang his head out the window.

If you train your dog to fetch newspapers, you could make jokes about same-day delivery.

Looking for more? Here are plenty of funny dog names to choose from.

Everyone loves a smooth blend of single-source, craft-roasted coffee beans.

Fried dough never goes out of style, and neither will this name that doubles as a command for silence.

This high-protein, gluten-free grain had a big moment several years ago and has quickly become a staple in the U.S. and Europe.

This works especially well if your dog is a Japanese Spitz, cousin to the Pomeranian.

If those names whetted your appetite, here’s another serving of food names for dogs.

Pick your reference, here. This could be a nod toward the adorable and least-vicious mogwai in the 1984 comedy-horror film “Gremlins,” or toward the 1993 educational science computer game “Gizmos & Gadgets!”

Instead of getting pulled down a storm drain by an interdimensional, shape-shifting clown, you’ll be playing tug-of-war on a rope with Puppywise.

Whereas the super-freaky antagonist of the “Saw” movie series tortures his victims based on flaws he perceives in their moral characters, your dog loves you unconditionally. Jigspaw is a way better roommate than Jigsaw.

The protagonist from the novel “American Psycho,” Patrick Bateman—famously portrayed on film by Christian Baleis maybe a little too scary. Patrick Barkman, though? He mostly just likes to snuggle.

But wait! That’s not all. Here are more suggestions for dog names inspired by horror movies.

We hope these funny, strange and rare hipster dog names have helped inspire your creativity. And remember: The most hipster move of all would be letting your dog choose their own name.