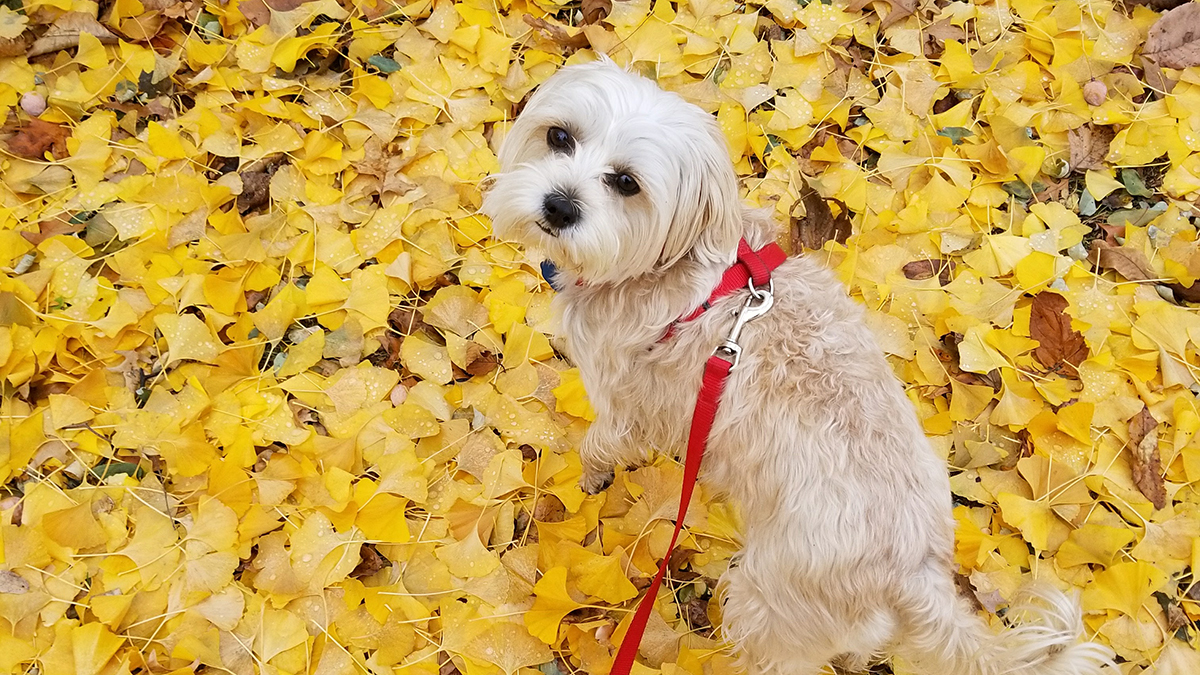 For months, the Dallal family from Westchester, New York, had been looking to adopt a shelter dog. They had her sights set on a small- to medium-sized, younger dog who would get along well with the family’s two boys, ages 8 and 10. The Dallals visited various shelters in the area, but they just couldn’t find the right fit.

“It was difficult to find a small dog that was right for us because in New York they get adopted really fast,” says mom, Faith Dallal. “They just don’t have as many small dogs in the shelters up North compared to down South.”

They ended up finding a new furry family member, but where they least expected: more than 1,000 miles away in New Orleans.

In March 2016, Dallal and her family were on a trip to visit relatives in New Orleans, Louisiana, when they happened upon a scruffy little face that brought their months-long search for a dog to a happy end.

“On a whim, we were looking at the LASPCA [Louisiana Society for the Prevention of Cruelty to Animals] website when we were down there, and Bacon’s picture popped up,” Dallal says.

Even before Dallal and her family headed to the shelter, they already knew they had found their dog.

“We knew we wanted to meet her because she was a scrappy terrier, she was a female, which is what we were looking for, and her name was Bacon, which we thought was just the perfect name,” Dallal says.

When they got to the shelter, Bacon was in her doggy condo, wagging her tail and scratching on the door like she had just found her family.

“We took her for a walk around the shelter and gave her some treats,” Dallal says. “She was malnourished and dirty but the sweetest thing; for some reason, we knew right away she had to be ours.”

While there aren’t many details available about Bacon’s past, Dallal knows she arrived at the shelter about a week before they met her.

“She was underfed and had a fever, so they had to wait until she was better to spay her,” Dallal says. “Apparently she was dropped off at the shelter by a guy who claimed to be her owner’s roommate and the roommate had left town. He couldn’t care for her, so he brought her to the LASPCA.”

Luckily, it ended up being a short shelter stay for Bacon.

“We were only in New Orleans for the weekend and were leaving the next day, so we decided to make it happen or lose the chance,” Dallal says. “The shelter was reluctant, at first, to allow a dog to be adopted by an out-of-state family, but after an interview with the shelter’s director, they knew she would be going to a good home.”

After passing the interview with flying colors, Dallal signed the adoption contract, paid the adoption and spay fee and, a few hours later, Bacon was out of the shelter. It all happened so unexpectedly, that the family had to make a pit stop to get some basic dog supplies.

“We actually took an Uber from the shelter to a pet store, so we could buy a dog carrier and some food and treats,” Dallal says.

Then Bacon was on her way home with her new family. She even got to fly home in style!

“On our way back home, my husband ended up getting bumped up to first class, so he sat up there with our new pup,” Dallal recalls. “She literally went from being neglected the first years of her life to getting the royal treatment and becoming a very important part of our family!”

Once the pup arrived at her forever home and was fed regularly, she went from 8 pounds to a healthy 14½ pounds with no negative side effects from being underweight, Dallal says.

Loving Life in Her ‘Furever’ Home

“She sleeps with my boys on their beds at night and follows me around all day long,” Dallal says. “She will do anything for a treat—I think because she didn’t get much food in her early life—and has learned a lot of tricks as a result!”

Despite her tiny size, Bacon is a fearless runner and regularly goes out with Dallal’s husband to exercise, sometimes running as much as six miles on a single go. She also loves the heat—perhaps a reminder of her early days in a warmer state.

“In the summer you can find her laying in the yard in the sun, and on cold winter days she sits up against the radiators in our house with her paws underneath,” Dallal says. “And she loves to look out the window and play with her ‘boyfriend’ Buddy, our friend’s dog who lives around the corner.” 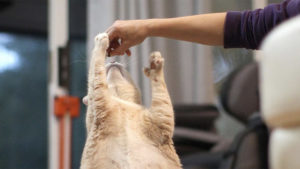 Bronson the Cat’s January Weight Loss Update: Standing Tall on 2 Legs
Bronson the overweight cat is working hard to shed pounds. Find out if he met his January goals and get other exclusive updates.
Up Next