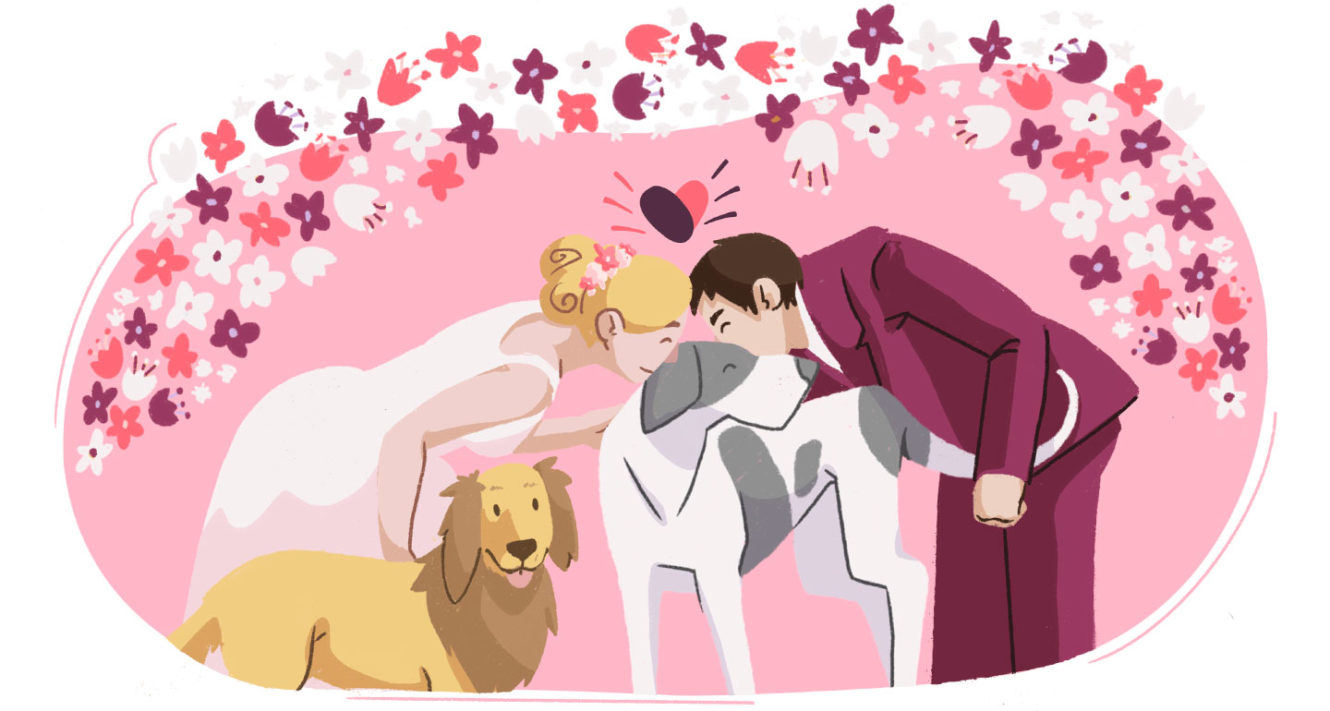 BeInspired / People X Pets / Meet Cute Story: How a Chance Encounter at the Dog Park Led to Wedding Bells for One Minnesota Couple

Meet Cute Story: How a Chance Encounter at the Dog Park Led to Wedding Bells...

Minnesota couple Alex and Kelly Cramer believe in love at first sight, except it wasn’t Alex who stole Kelly’s heart initially. This meet cute story has a twist of another breed.

Walking through the dog park on an early autumn day near her apartment complex in Minneapolis, Kelly saw Gus, a beautiful Golden Retriever, who took her breath away.

“As soon as I saw him, I knew I had to say hello and rub his belly,” Kelly recalls. 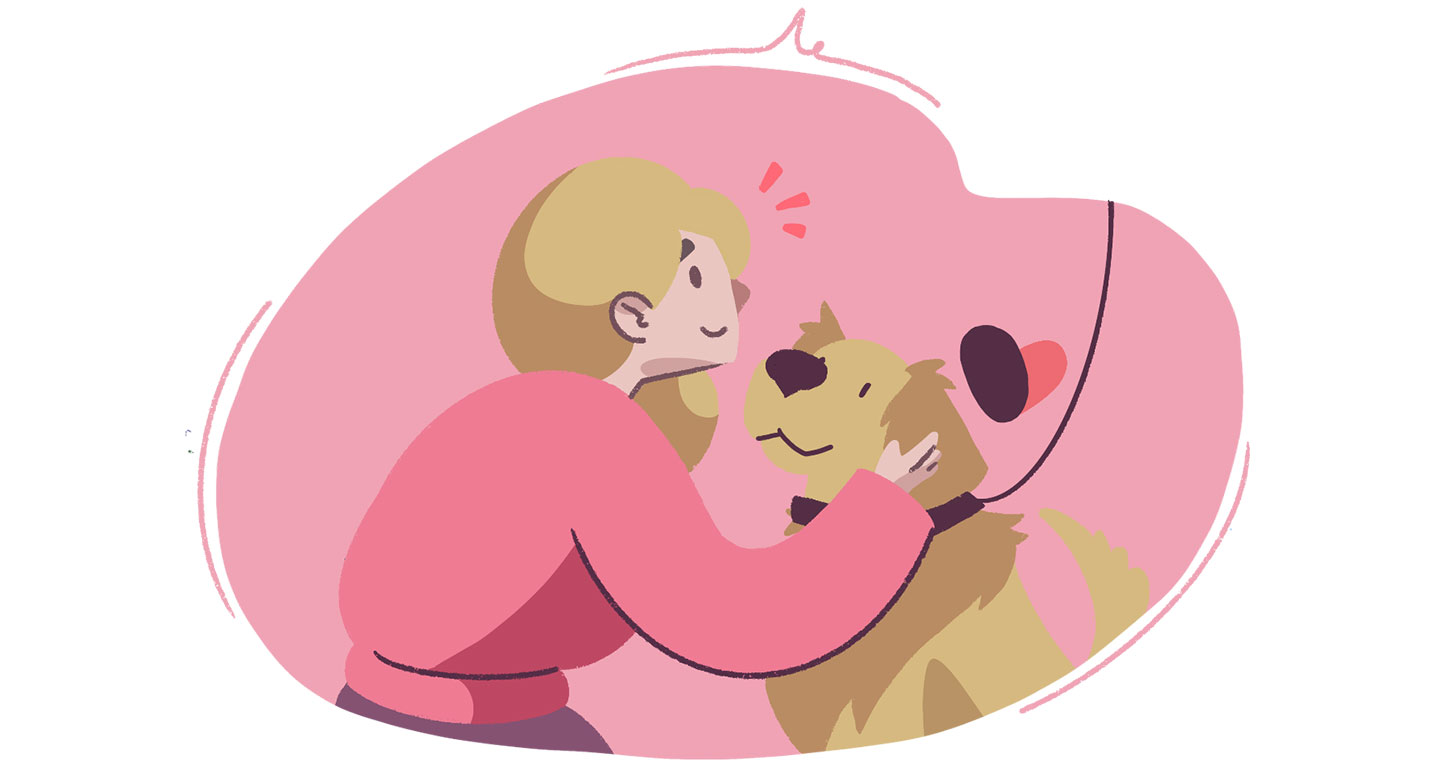 Looking up, she noticed Gus’ dad, Alex, and introduced herself and her dog, Sasha, a Shepherd mix.

“I was so busy gushing over Gus that I hardly noticed Alex, at first,” Kelly says, laughing.

When Kelly looked around again, she saw the biggest dog she’d seen in her life—a Great Dane named Huck, who also belonged to Alex.

“Huck was extremely friendly to strangers of all makes and sizes, which was great because he was a big guy, even for a Dane, and that brought a lot of attention,” Alex says.

“His dogs were definitely a conversation starter … he seemed like the quiet type,” says Kelly. “I always looked for him when I went to the dog park and was happy when he was there. It wasn’t just because I got to see Gus and Huck.”

Alex says he was glad to see Kelly and Sasha, too.

“[Kelly] was very friendly,” Alex says. “Our conversations were the usual dog park small talk. She wore these giant aviator sunglasses that made it difficult to read her.”

Over the course of the next two weeks, Kelly and Alex kept bumping into each other at the dog park and around the apartment grounds. 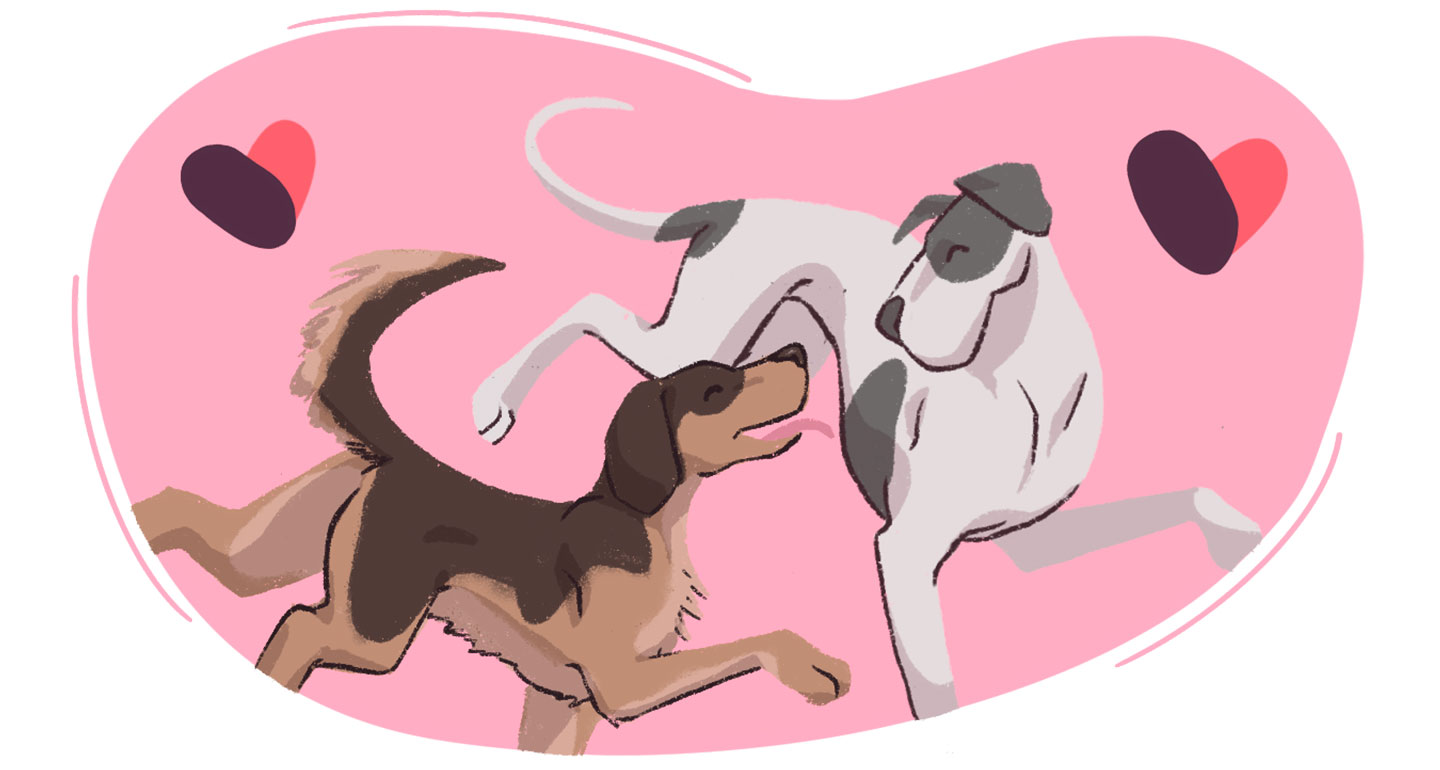 One lucky Friday the 13th, Kelly and Alex were running their dogs out after work and bumped into each other. After a few minutes of talking, Alex asked Kelly if she wanted to go for a walk with the dogs. Four miles later, the five of them had enjoyed each other’s company so much that Alex asked Kelly to go out to dinner with him the next evening.

“I still remember floating on air after our walk,” Kelly says. “I was delighted that he texted that evening to ask me out on a date for the next night.”

The next day, Alex and Kelly met up for their date. They had such a great time together that they made plans for the following week. Of course, they made a point to include their dogs, too. For the next year, they found themselves dating with their dogs, which meant going for a walk or sitting on the floor to watch movies, since their couch wasn’t large enough to hold everyone.

After a year of dating, the five of them moved in together. It was an adjustment for the dogs at first. Kelly and Alex bought things to make Huck comfortable, like a new couch that would fit them all so they wouldn’t have to sit on the floor.

About a year after moving in together, Alex took Kelly back to the location of their first walk and proposed to her.

“I thought it was odd that he wanted to go for a walk without the dogs, but he seemed adamant that it was just the two of us, so I went with it,” Kelly says. 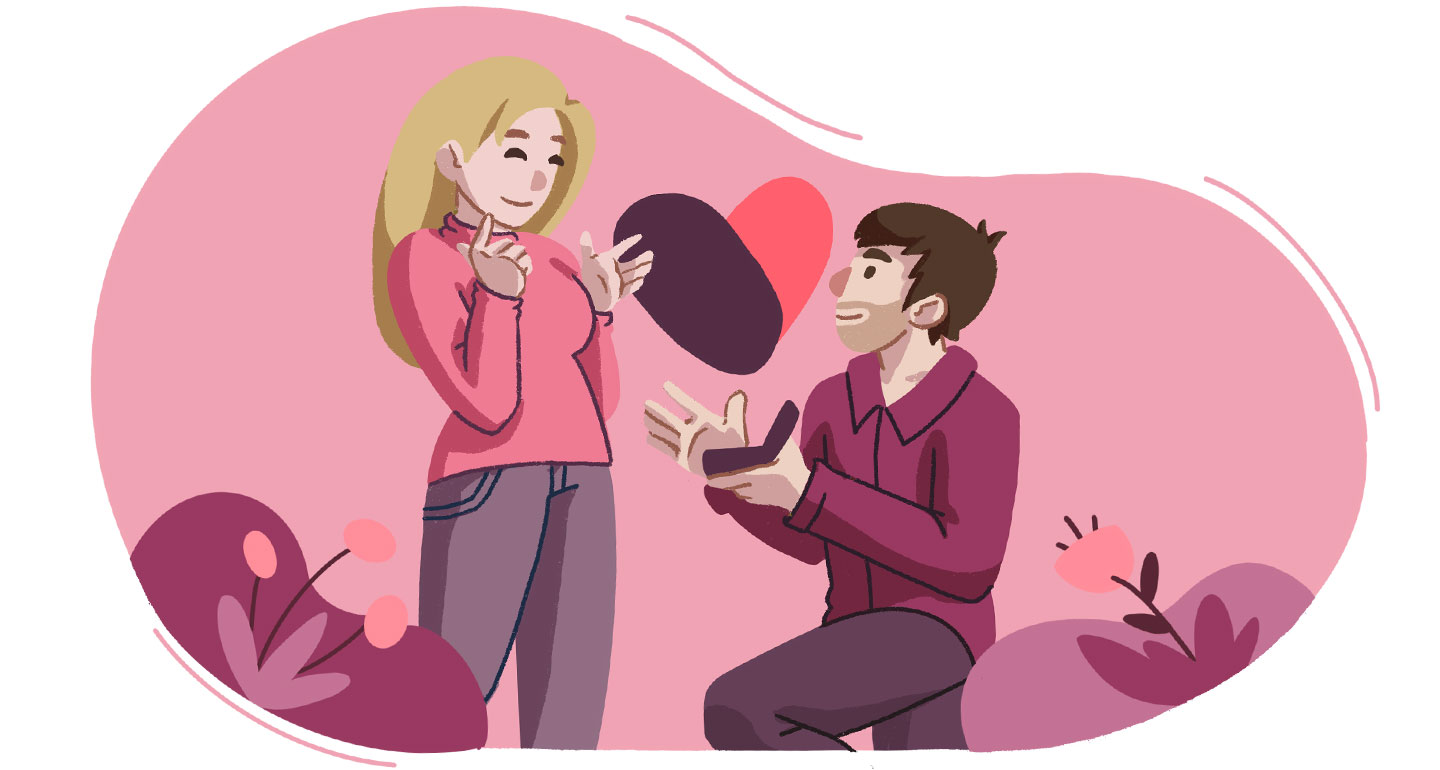 “I knew I loved Alex, and we were going to have a great life together with our doggies,” Kelly says.

They married in 2015, two years after that fateful day in the dog park. Of course, the couple took photos with their dogs before the outdoor ceremony near the Nicollet Island Inn.

“I am so glad we included our dogs to be a part of that special day,” Kelly says.

Sadly, as time went on, Sasha and Huck passed away, leaving them with Gus, who seemed a little lost being the only dog. Eventually, the Cramers added two more dogs—both Great Danes—to their family, and the five of them moved into a new house in the suburbs with a big, fenced-in yard. But they’ve never forgotten that day in the dog park when they first met or the beloved canine companions who helped them find their happily ever after.

“I am so thankful for the dogs we’ve had in our lives,” Kelly says. “They are the reason we met and have found happiness.”

My Meet Cute Story: How an Ice Cream-Eating Cocker Spaniel Helped Me Find the Love of My Life

Must Love Pets: How Millennials’ Devotion to Pets Has Revolutionized Dating

By: Stephanie Edwards
From newspaper editor to corporate communicator, Stephanie Edwards has worn a lot of hats in the communications industry. She began writing professionally when she landed her first newspaper column at the age of 13. She is working on her debut novel, which wouldn’t be complete without a dog sidekick inspired by her sweet rescue pup, Shadow. They live with Stephanie’s husband, Ron, in the foothills of the Smoky Mountains in Knoxville, Tennessee. 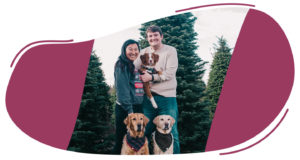 How a Failed Service Dog Succeeded in Playing Matchmaker for This Couple
Although this pup wasn’t able to complete his service dog training, he was able to bring his parents together in this adorable love story.
Up Next 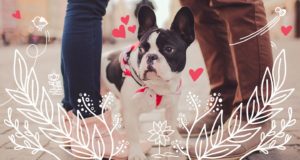 Must Love Pets: How Millennials’ Devotion to Pets Has Revolutionized Dating
Pets are at the center of many millennials’ worlds—and that means they’re also central to how they find love. Here’s how pets are guiding modern millennials’ dating decisions.