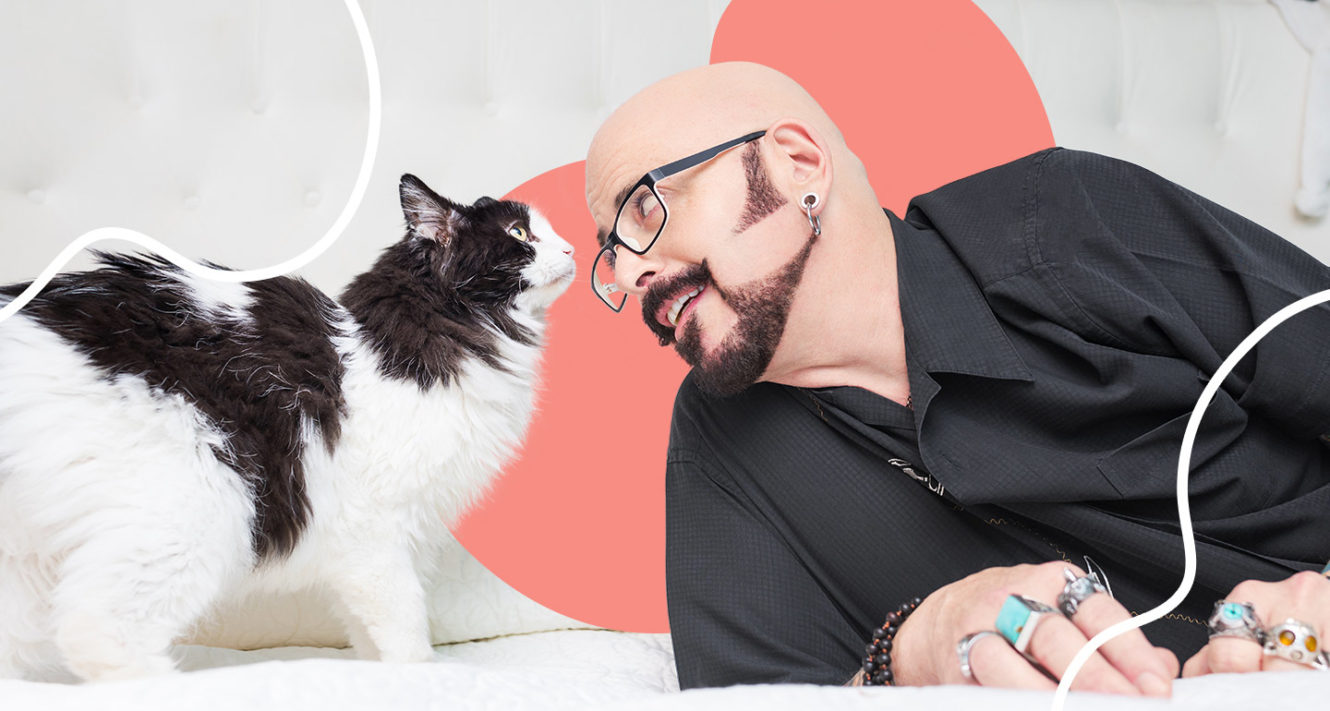 If you’re a new cat parent, making sure your kitty is comfortable in their new home is an important first step—and that might very well include helping them learn to use the litter box. Luckily, Jackson Galaxy, a cat behavior and wellness expert, host of Animal Planet's “My Cat From Hell” and New York Times best-selling author, is here to show you how to litter train a cat and cross this step off of your cat parenthood to-do list.

For most cats, using a litter box is a natural habit they learn as kittens. It’s instinctive. But some kittens need a little help getting the hang of it, while adult cats may have an aversion to using the litter box.

So, where do you and your new feline friend start? Right here, right meow.

Are you fostering or caring for a very young kitten? You might be surprised to know that kittens younger than 3 weeks old will need to be manually stimulated after every feeding in order to pee and poop. And, according to Galaxy, that is exactly what it sounds like. (You can learn how to do this and more about litter training orphaned kittens here.)

After the three-week point, though, kittens should start exploring—and the litter box should be a natural place for them to go to. That innate behavior (of doing their business in something sandy) was acquired from cats’ sand-dwelling distant relative, the African wildcat.

“It takes a little bit of encouragement, but they will naturally start to wander over to the litter box,” says Galaxy. “It's all about patience and persistence, and remembering that they are not going to be perfect at it every time.”

If you adopt an adult cat, most likely they’ll already know how to use the litter box and will automatically seek it out when they have to “go”—no encouragement needed. But some cats develop a negative association with the litter box during their lifetime and may need some extra help.

“For example, they may have been in a house with other dogs or cats and every time they would go to the litter box, they would get ambushed in there and become averse to litter boxes,” Galaxy explains. “Retraining cats to use a litter box is a long process and it's about placement of the boxes [and] new association—[like] making sure it's in a safe place so other cats, dogs and kids don't get into it or ambush them when they're using it.”

But first thing’s first: You need to stock up on the right litter-training supplies.

Everything You Need to Litter Train a Cat

All you need to get started is a litter box and cat litter. (However, we also suggest a mat like the All-Absorb Cat Litter Mat to help catch any stray litter your kitty kicks out of the litter box and to protect your floor in case of an accident.)

For kittens and older cats who may have trouble getting in and out of the litter box, Galaxy suggests getting a low, open-sided litter box, like the KittyGoHere Senior Cat Litter Box. Puppy pans also work well, since they have a low opening.

“You can even cut away the front part of a litter box just to make it easier for them,” says Galaxy.

When it comes to the type of litter, Galaxy advises pet parents to use the finest litter they can find. The closer to the fineness of sand, the better. (Just think about what a cat would encounter in nature). Galaxy also says to avoid using clay litter for kittens.

“They are going to try and eat anything they come in contact with,” he explains. Due to clay litter’s rough surface, it may cause your little kitty digestive issues if consumed. For a fine, non-clay-based cat litter, an option to consider is Frisco Natural Grass Cat Litter.

How to Litter Train a Cat

As Galaxy stated, using the litter box should come naturally to most cats and kittens. In fact, in the majority of cases, litter training can be broken down into five simple steps.

As explained above, you want to select a box that your cat can easily get in and out of. Sometimes, senior cats stop using the litter box because of an achy body, so consider using a low-sided box for older cats, and for kittens who may not be big enough to climb into a bigger box.

Place the litter box in a quiet area of your home where there isn’t a lot of foot traffic. If you have multiple floors, consider placing additional litter boxes throughout your home.

Step 4: Give them the grand tour.

Make sure your cat knows where the litter boxes are; most will find it, but it never hurts to show them.

Scoop the litter box often. Some cats are just as grossed out by pee and poop as we are and will temporarily stop using the litter box if it’s full; you can try a self-cleaning litter box, like the ScoopFree Original Automatic Cat Litter Box

Most cats shouldn’t have problems learning to use a litter box, but Galaxy says pet parents should make sure to monitor their fur babies. If they are continuously having accidents around the home, there could be a medical issue at play and you shouldn’t hesitate to call your veterinarian.

In this case, Galaxy recommends giving your vet a call. Remember, it’s always better to be safe than sorry.

If at first you don’t succeed, keeping trying! Many pet parents may become discouraged by an accident or two, but remember: Cats naturally gravitate toward doing their business in a litter box.

“Litter training is not like house training a dog. It actually should not take a lot of training at all. Litter training should, for the most part, be natural,” Galaxy says. “Keep going and they will get it.” 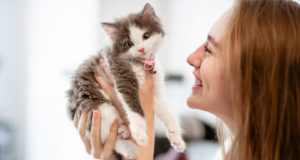 Should You Get a Kitten? 6 Signs You’re Ready to Adopt
Before getting a kitten, you need to make sure you’re ready to care for one for the rest of their life.
Up Next 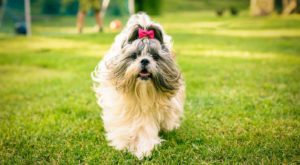 Shih Tzu Dog Breed: Facts, Temperament and Care Info
All tiny dogs can be cute, but the Shih Tzu is one of the most charming toy breeds around. Here’s what you need to know about this playful, outgoing pup.